Newsheadlinesuk.com
Home Business What does rising inflation mean to you? 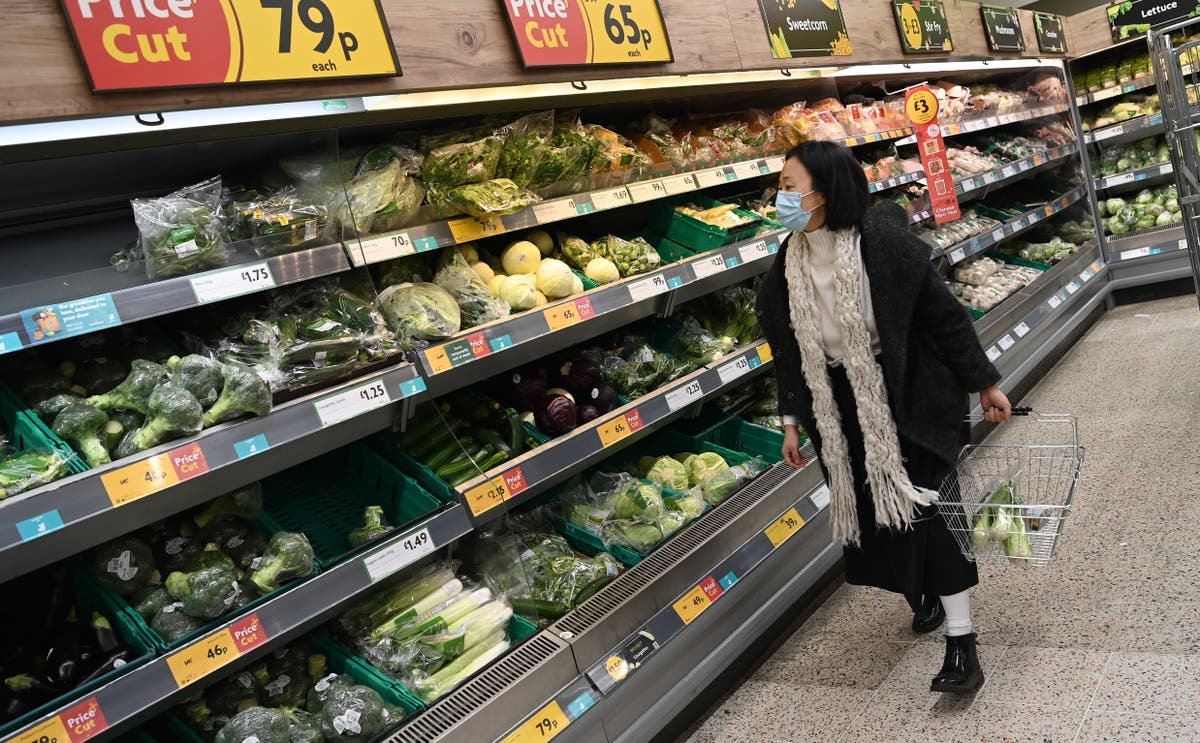 Great Britain inflation has rose to 9 percentraising it to the highest level in 40 years as cost of living the crisis is starting to bite.

The situation is likely to get worse before it gets better Bank of England inflation is already projected to reach 10 percent this year.

The current surge means that prices for basic foodstuffs, in particular fruit and vegetables – fuel, clothing, footwear and furniture – have risen over the past year. least can afford it.

Charities have already reported increased sales and demand for second-hand clothing in response to rising production costs, which has brought street fashion to its highest level since 1988, when recordings began.

“Clothing and footwear boosted inflation this month, and while the traditional drop in prices was still there, it was the smallest drop in January since 1990 with lower sales than last year,” said Grant Fitzner, the company’s chief economist. Office of National Statistics (ONS).

“Rising prices for some household goods and rising rents have also pushed up inflation. However, they were partially offset by lower pump prices after record highs in late 2021.

“Some of this year’s annual changes were affected by last year’s closure, when many services were unavailable.”

As you know, rising costs, staff shortages and supply chain disruptions affect both large retail brands and small businesses, leaving them little choice as they see it, but pass on rising prices to consumers to ensure their survival.

Richard Walker, managing director of Iceland, warned Channel 4 News earlier this spring that the cost of products is likely to increase over the year, commenting: ‘If you look at the UK supermarket sector, we work with very little profit because it’s is a very competitive industry.

“So we are not an endless sponge that can continue to absorb constant price increases. And I think it’s the perfect storm that drives all this inflation. “

Concerns were also expressed by Dolph van den Brink, CEO of Dutch beer giant Heineken, who warned of rising prices for brands such as Amstel, Birra Moretti and Tiger.

“In my 24 years in business, I have never seen anything like it, even close. Overall we are facing a frantic increase. There is no model that would withstand such inflation, ”he said.

ONS data meanwhile showed the extent of wage stagnation in the UK, which meant that workers actually cut wages in the last three months of 2021 if their daily living expenses exceeded wage growth.

Overall wage growth did rise to 4.3 percent in the quarter-December from 4.2 percent in the three months to November, but continued to lag behind inflation, which was then 5.4 percent.

“The good news is that the UK economy continues to create jobs,” said Matthew Percival, CBI’s director of human resources and skills. “The bad news is that businesses have a hard time hiring, and pay doesn’t keep up with inflation.”

It all follows from OfgemEarlier in February it was announced that limiting energy pricesthe maximum amount a utility can charge an average customer per year will rise by 54 per cent from 1 April in response to rising world gas prices, leading UK households to increase their electricity and gas bills by almost £ 700.

Chancellor Rishi Sunak responded to this development with a revelation a aid package for British households worth £ 350 in an attempt to appease the “sting” of the missile bills, but for many his intervention was rejected as a matter too little, too late.

Responding to rising inflation, Mr Sunak said the government was listening to people’s concerns about its insistence on “global problems” and referred to its package of discounts and rebates to pay electricity bills as evidence of government support for struggling families.

“Overall, we are providing support with a cost of living of more than £ 20 billion this and next fiscal year.”

But it is likely to be a cold comfort for thousands of UK consumers who face high costs for everything from food, clothing, petrol, heating, national insurance and housing and rent at a time when rising interest rates mean the cost of borrowing is also rising.

While the current outlook really looks bleak, consumers are urged to view the current adversity that will eventually pass as an opportunity to reconsider their personal circumstances, streamline their finances and cut any insignificant regular expenses.

“The most important thing economies can do now is to look at how this environment will affect their finances, where they store their savings, and make adjustments as needed,” said Colin Dyer, client director of Abrdn Financial Planning.

“For example, keeping significant cash in a deposit account actually loses money in an inflationary environment, so depending on the risk attitude, investing in stocks and ISA stocks can provide greater returns if you invest longer.”

Do you really need another shot of Covid when the new...

Are we experiencing “Insectageddon”? | A week in the...