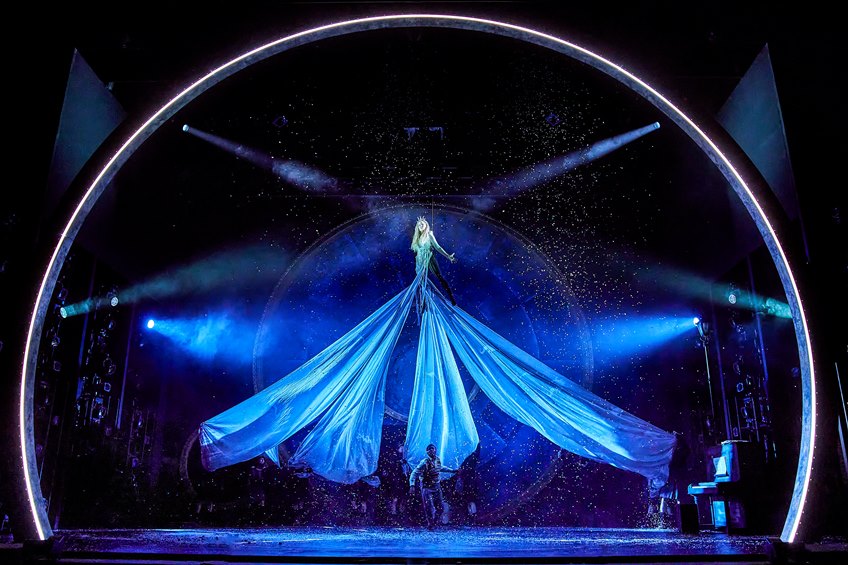 In a childhood that did not encounter the septology of C. S. Lewis’s novels, The Chronicles of Narnia delving into the fantastic world of magic, mythical beasts and talking animals in a series that has long been considered a classic of children’s literature. With more than 100 million copies sold worldwide, it remains as much today as it did in the 1950s.

The first book in the series, Lion, witch and wardrobe is currently on tour, captivating audiences, both young and old, as this week he enters the Hippodrome Theater in Bristol, bringing a taste of Narnia to the West.

For those of you who don’t know, this is the story of the Pevensie clan, four children, two boys and two girls who were evacuated from London with the start of World War II and found themselves relocated to the home of Professor Digari Kirke. Here they discover a mysterious wardrobe that takes children to Narnia.

Narnia is a magical land ruled by an evil White Witch who has ruled for over a hundred years. Narnia is always winter, there is no Christmas, and the White Witch rules higher.

You hardly know that the show started with a lone soldier coming on stage and starting to play the piano softly, but soon the tempo starts to grow like the classic wartime lady Vera Lin, We will meet again plays, creating a backdrop for a child’s trip to the country.

This is where the stage art begins, which lasts all evening. The stage turns into a heavy mass of bodies, all skillfully staged, with lighting that adds to the atmosphere of war that permeates the stage. The ensemble obviously everyone knows their roles, and the apparent chaos only adds to the visual spectacle.

As soon as Lucy stumbles upon Narnia, the production switches between fiction and real life, and the action really begins. From here we meet characters such as Mr. Tumnus (Jazz Unwin), Mr. and Mrs. Beaver (Sam Battery and Christina Teders), the Lion of Aslan (Chris Jared) and of course the White Witch (Samantha Womack), complemented by many ‘appear in everything.

The story unfolds pretty quickly, a lot has to go through, and many of the ensemble play multiple roles. The script, developed by Ray Smith, also plays a role, making full use of the entire scene, some of the swing of the scene is truly mesmerizing, and the lighting effectively adds to the mood and atmosphere of the production.

It’s a play designed for kids, and it was great to see so many of them in an audience fascinated while the action unfolded, if you want to introduce your grandchildren to the wonders of theater, then it’s a play that is sure to help you do that.

A special credit goes to director Michael Fentiman, who calls himself an “enchanted surprise” when he first saw the TV production of this story in 1988, and fascinated – this is what you feel when you see this show.

Great evening, you should see it while there is an opportunity. The show will run at the Bristol Racecourse until May 7. For tickets Click here.

Family of six with young children are brought ashore at Dover

‘Just so means so’: Spain’s new law on sexual consent