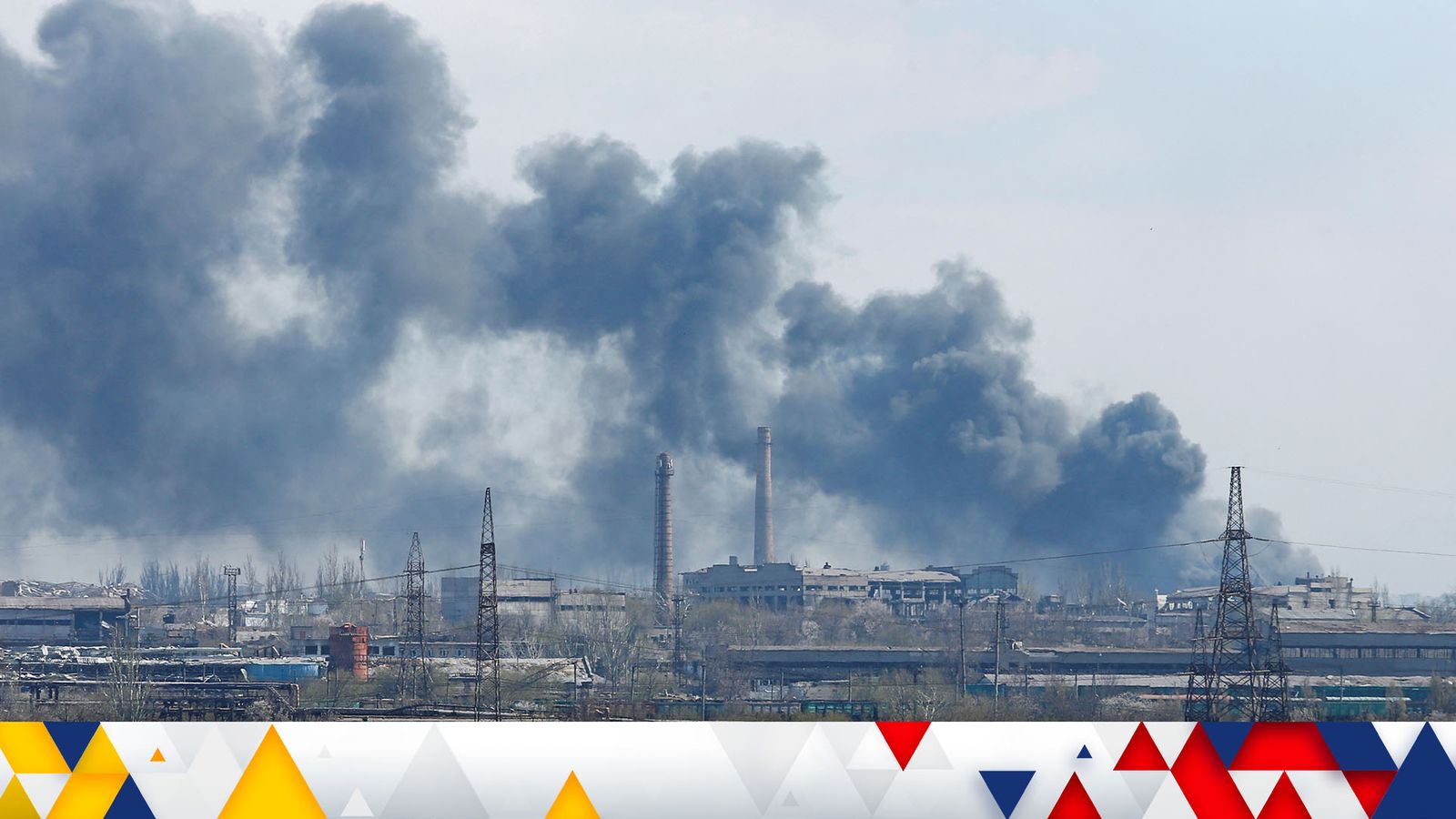 Russian troops have stormed a metallurgical plant containing the last hotbed of resistance in Mariupol.

The takeover began after an evacuation from the bombed-out plant led to dozens of surviving Ukrainians finally reaching safety after long days and nights lurking inside under constant shelling.

One woman said the attack began “as soon as we were taken out” of a plant in a Ukrainian port city.

Another spoke of the “animal fear” she felt when a bomb hit the building where she was staying.

However, it is estimated that about 200 civilians are still in metallurgical plants, said Mariupol Mayor Vadim Boychenko, and a total of 100,000 remain in Mariupol.

The Soviet-era plant became a symbol of Ukrainian resistance and disobedience.

Dozens of people were evacuated from the Azovstal metallurgical plant

He said the initial evacuation was “not yet a victory, but it is already the result.”

He added: “I believe there is still a chance to save other people.”

• The Prime Minister of the United Kingdom addresses the Parliament of Ukraine, telling them “Ukraine will win the war and be free”
• Pope Francis offers to meet with Putin, but has not received a response
• A caught British aid worker appeared on Russian television
• The leader of the German opposition visited Ukraine; the chancellor refuses to go

In other events on the battlefield, Russian troops fired on a chemical plant in the eastern city of Avdeevka, killing at least 10 people, Donetsk Oblast Governor Pavel Kirilenko said.

“The Russians knew exactly where they were going – the workers had just finished their shift and were waiting for the bus at the bus stop to take them home,” Kirilenko wrote in a Telegram message, adding that the move was “another cynical crime by Russians on our land.”

Explosions also took place in Lviv, in western Ukraine, near the border with Poland.

As a result of the strike, three power substations were damaged, electricity was cut off in some areas of the city and water supply was disrupted, the mayor said.

Lviv was a gateway to NATO-supplied weapons and a refuge for those fleeing fighting in the east.

There were no immediate reports of casualties.

A spokesman for Russia’s Defense Ministry, Major General Igor Kanashenko, said that Russian aircraft and artillery had struck hundreds of targets over the past 24 hours, including military bases, command posts, artillery positions, fuel and ammunition depots and radar equipment.

The head of the Ukrainian Railways Alexander Kamyshin said that Russian strikes on Tuesday affected six railway stations in the central and western regions of the country, caused significant damage.

The Ukrainian military also reported strikes on the railway in the Kirovohrad region, the number of victims is not specified.

Thick cloud of smoke as 70 firefighters tackle blaze in London...

The extreme methods K-pop fans use to “fake” the charts for...