Newsheadlinesuk.com
Home World War in Ukraine: Turkey will not be “committed” to the accession of... 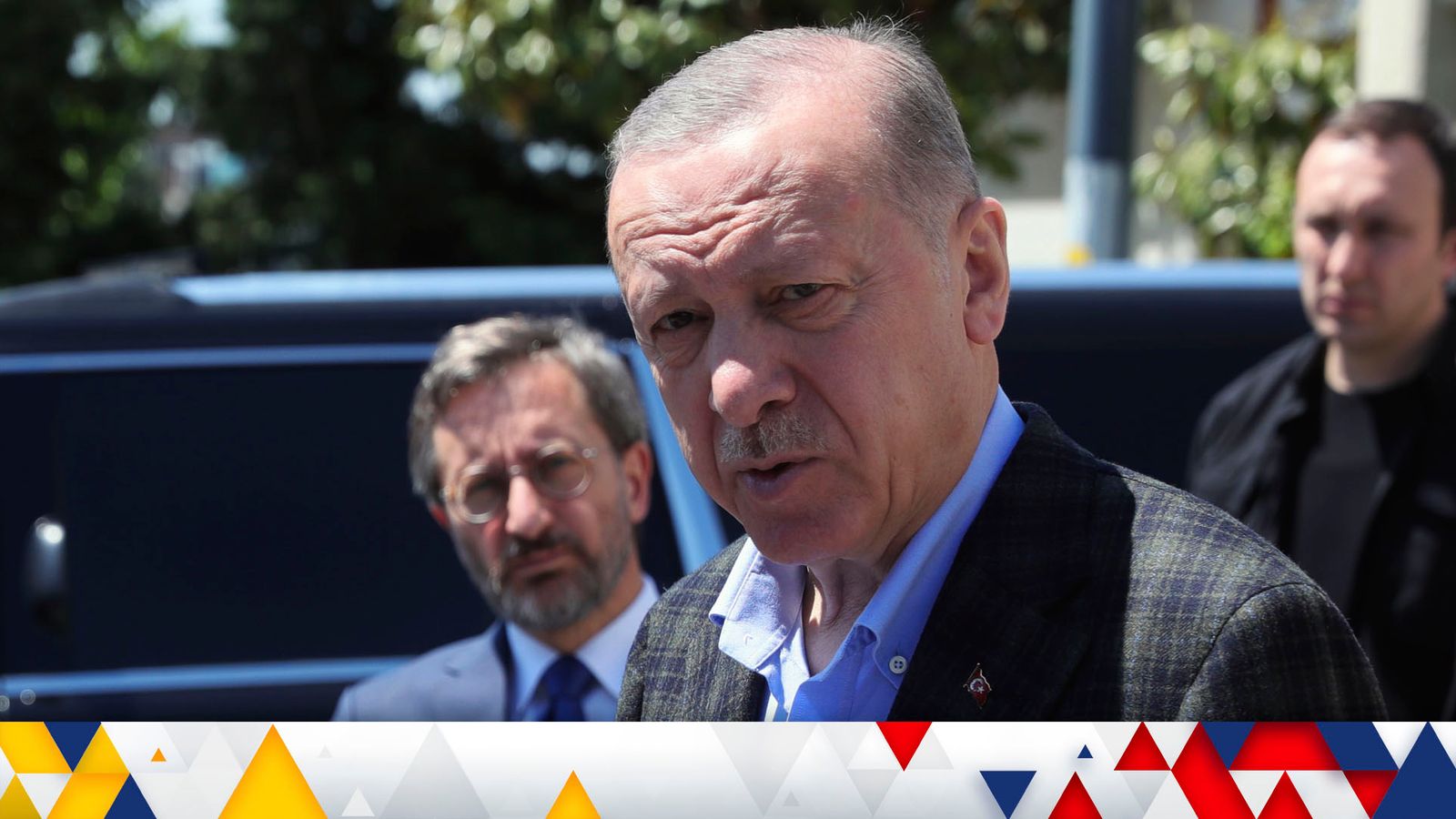 The accession of Finland and Sweden to NATO is “unprofitable” for Turkey, the president said.

Recep Tayyip Erdogan said on Friday that Turkey could use its status as a member of the military alliance to veto any attempts by countries to join.

“We are following developments in Sweden and Finland, but we are not in favor,” he said.

The Turkish leader has accused Sweden and other Scandinavian countries of supporting Kurdish militants and other groups Turkey considers terrorists.

Mr Erdogan added that he did not want to repeat past “mistakes” when Greece was re-admitted to NATO in 1980, arguing that it had allowed Greece to “take a stand against Turkey by taking over NATO”.

The president has not said directly that he will block the move, but NATO makes all decisions by consensus, and all 30 member countries have the right to veto new members.

The US is asking for clarification on his comments.

This was stated by NATO Secretary General Jens Stoltenberg Finland and Sweden must formally applyadding that both will be greeted with open arms.

According to several NATO officials, accession could take place within “a couple of weeks”, but it could take almost six months to ratify the accession protocol.

“An armed attack cannot be ruled out,” he said

The Kremlin has announced Finland’s ambitions to apply for NATO membership is a “definitely” threat to Russia and will lead to retaliatory steps.

Meanwhile, the Swedish government has published a report on the changing security situation facing the northern country after Russia’s invasion of Ukraine, which says that Moscow will react negatively to Sweden’s accession to NATO.

The report highlights several benefits of Sweden’s accession to the alliance, including the collective security it provides.

Read more:
Finland’s application to NATO would be a threat to Russia
How concerned Putin may be to react to Finland’s membership in NATO
As Finland has been preparing for the Russian invasion since 1993

But it also lists many tactics that Russia is likely to adopt in response, including cyber attacks and hybrid attacks, as well as violations of Swedish airspace or territorial sea.

Other aggressive behaviors include strategic signaling with nuclear weapons, the report said.

Russia is “upset” by Finland’s move to NATO

It does not recommend whether Sweden should join NATO or not, and Foreign Minister Anne Linde told politicians in the national legislature that “an armed attack on Sweden cannot be ruled out”, pointing to the security guarantees provided by membership in NATO.

The President and Prime Minister of Finland said on Thursday that they are in favor of applying for NATO membership, which opens the way for the country to formally declare its application soon.

Research: Therapy sessions may hold the key to treating chronic back...

The killer Helen McCourt dies without revealing where he buried her...

Biden, 79, took Tylenol for 99.4 degree fever while recovering from...

How Baker Mayfield beat out Sam Darnold as the Carolina Panthers’...