Newsheadlinesuk.com
Home World War in Ukraine: Russia moves “Terminator” around the city before the expected... 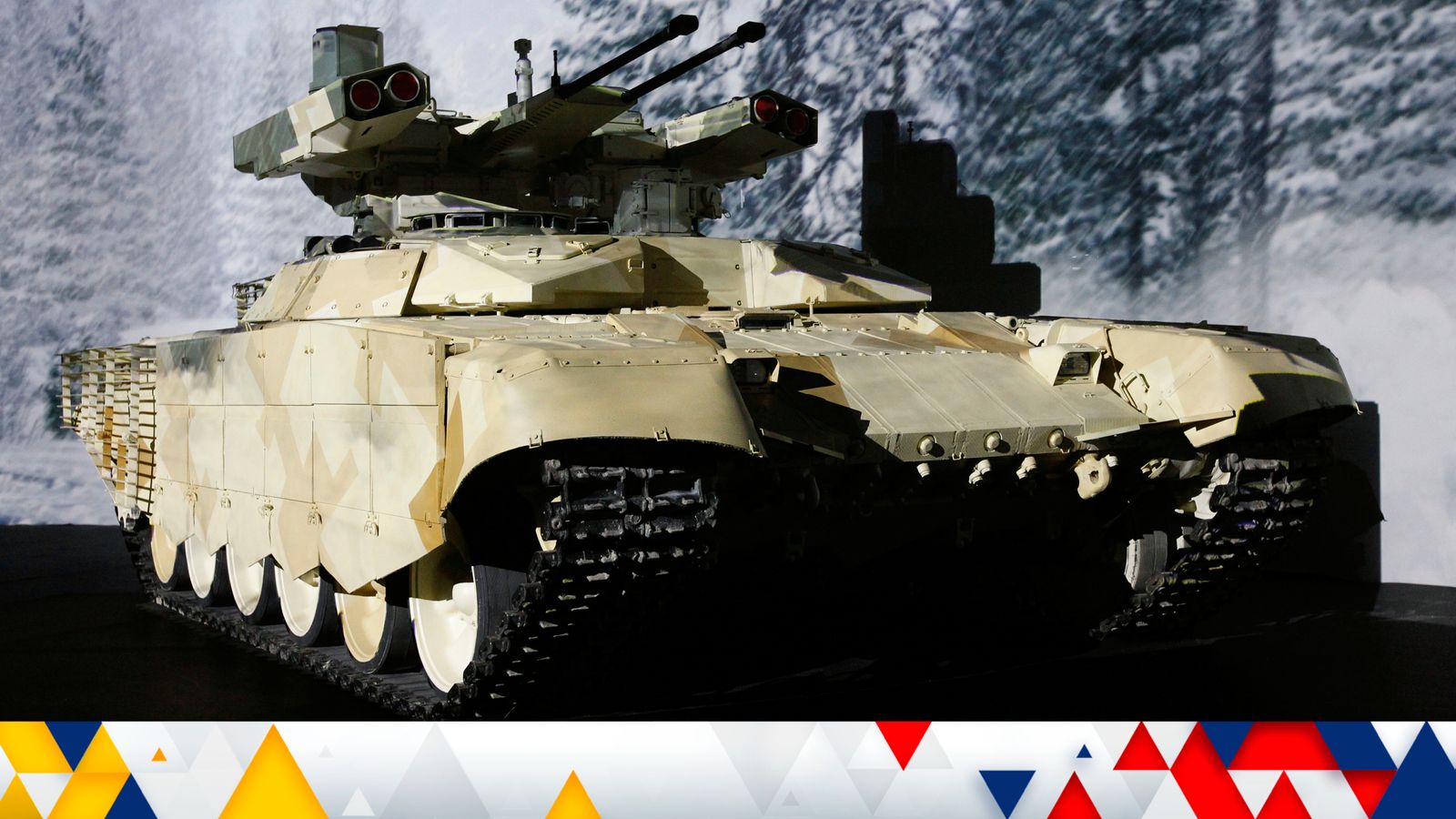 Justin Crump, a veteran of the British Army, a tank commander, said Russia was “very proud” of the machine used to support other tanks and “suppress” enemy fire when storming urban areas.

It is reported that Russia “brings them around Severodonetsk” in Ukraine, demonstrating its “determination to attack this city.”

BMPT-72 was developed by the Russian machine-building company Uralvagonzavod and was built on the chassis of the T-72 battle tank.

It can carry heavy force during any assault as well as increase the success of a tank operation.

The machine has an unmanned turret, armed with four launchers, and can fight other tanks and artillery, including low-flying helicopters.

The car also has an automatic smoke grenade launcher that can provide protection and camouflage from infrared weapons.

Armed with two 30-mm guns, it can fire a wide range of ammunition, including high-explosive cartridges.

In 2013, the next model of vehicle was demonstrated – called Terminator 2 – in which it was upgraded, but still had many similarities to its predecessor.

It can be used to destroy tanks and suppress enemy fire with launchers and anti-tank systems.

It has been said that Russia is so proud of the Terminator 2 model that it has sent it to the export market.

Justin Crump, a veteran of the British Army, a tank commander, discusses an “interesting compromise” on the evacuation of Mariupol

“This is the nickname“ Terminator ”- it’s a tank support machine. It is designed to perform infantry work to support tanks. So this is a tank with a turret designed to suppress enemy infantry.

“They haven’t given them up to fight yet. This is one of the things that Russia is very proud of – that is what they were trying to export.

“Now they are bringing them around Severodonetsk. I think this shows Russia’s determination to attack this city sooner rather than later.

“Having captured this area around Severodonetsk, it allows them to declare success in the liberation of Lugansk.”