Newsheadlinesuk.com
Home World War in Ukraine: a mine dog that saved hundreds of lives won... 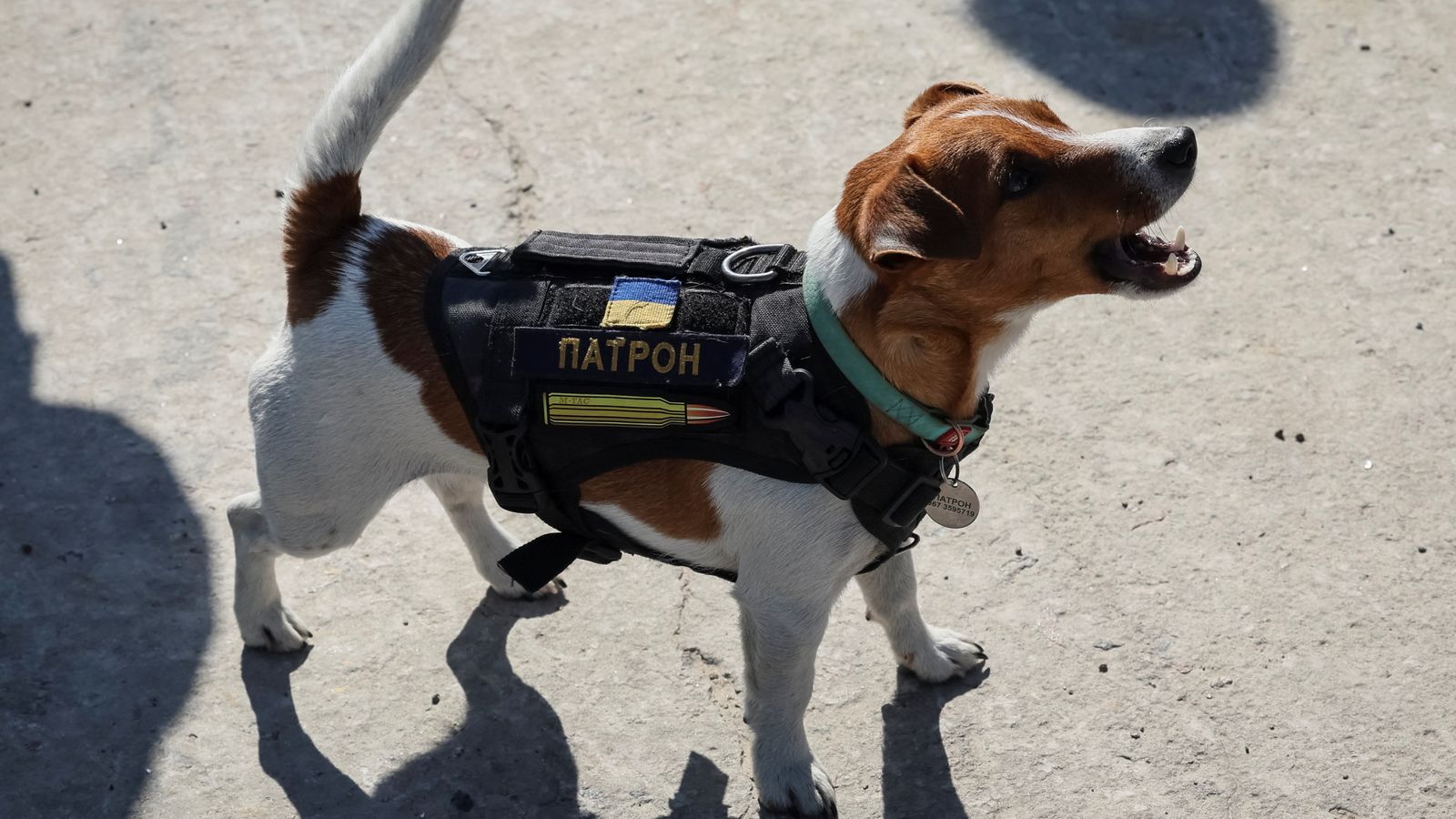 A dog-seeker of mines, who is credited with detecting more than 200 explosives during the Ukrainian war, is recognized for courage.

And on Sunday, the Patron – whose work prevented countless injuries and deaths and became a canine symbol of Ukrainian patriotism – was awarded a medal in recognition of his devotion.

Zelensky presented the award at a press conference in Kiev Prime Minister of Canada Justin Trudeau.

The patron barked and wagged his tail, causing laughter in the audience, and Mr. Trudeau patted himself on the pockets, as if looking for a treat for the dogs.

Mr. Zelensky said: “Today I want to reward those Ukrainian heroes who are already clearing our land of mines … together with our heroes, a wonderful little sapper – Patron, who helps not only to neutralize explosives, but also to teach ours. children need safety rules in areas where there is a mine threat. “

The award also went to the owner of the “Patron” – Major of the Civil Defense Mikhail Iliev.

Liz Truss cuts short her G20 trip to jet back to...

Firefighters are tackling a blaze at a Winchester bungalow caused by...

Honda is still having fun with the SUV crowd