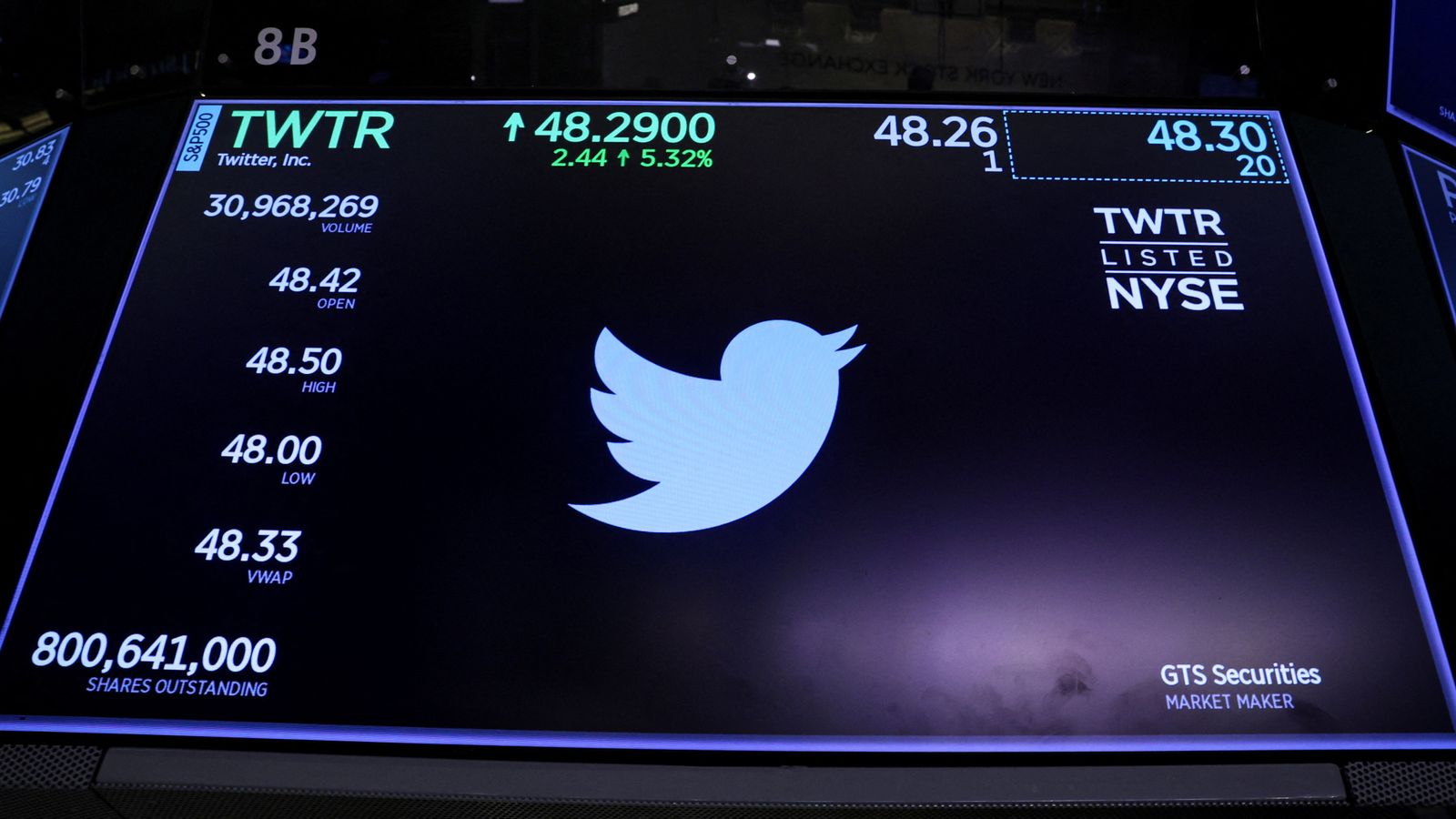 Twitter has fired two top executives and suspended hiring as part of an efficiency increase ahead of a planned $ 44 billion (£ 36 billion) takeover of Ilona Mask.

The social networking platform has confirmed the resignation of General Manager Kaiwon Bakepour and Head of Revenue and Products Bruce Falk and said it now plans to recruit only for important business roles.

It adds: “We cut non-wage costs to ensure we are responsible and efficient.”

Both men confirmed that they were pushed TwitterChief Executive Officer Parag Agraval.

“Parag asked me to leave after he told me he wanted to move the team in another direction,” Mr Baker wrote on Twitter, adding that he was still on paternity leave with Twitter.

In a note sent to employees and confirmed by Twitter, Mr Agraval said the company had not reached the growth and revenue stages after the company began “aggressively” investing to expand its user base and revenue.

“We need to continue to pay attention to our teams, hiring and spending,” he wrote.

It is believed that Mr. Agraval’s own position is under serious threat in the case of Fr. Absorption led by Mask completes.

The billionaire, who on paper is the richest man in the world, is working hard to secure additional funding for the planned deal since it was announced last month.

The goal is to reduce reliance on Tesla shares to reach an agreed price.

High-profile investors who are said to be ready to provide more than $ 7 billion in funding include Oracle co-founder Larry Ellison, and Saudi Prince Alwalid bin Talal wants to invest his existing Twitter investment in the purchase of Mr. Musk.

Mr Musk has repeatedly stated that he wants Twitter to be a platform for freedom of speech, to reduce dependence on advertising and to combat the spread of bots that spread spam.

Head north this fall and winter