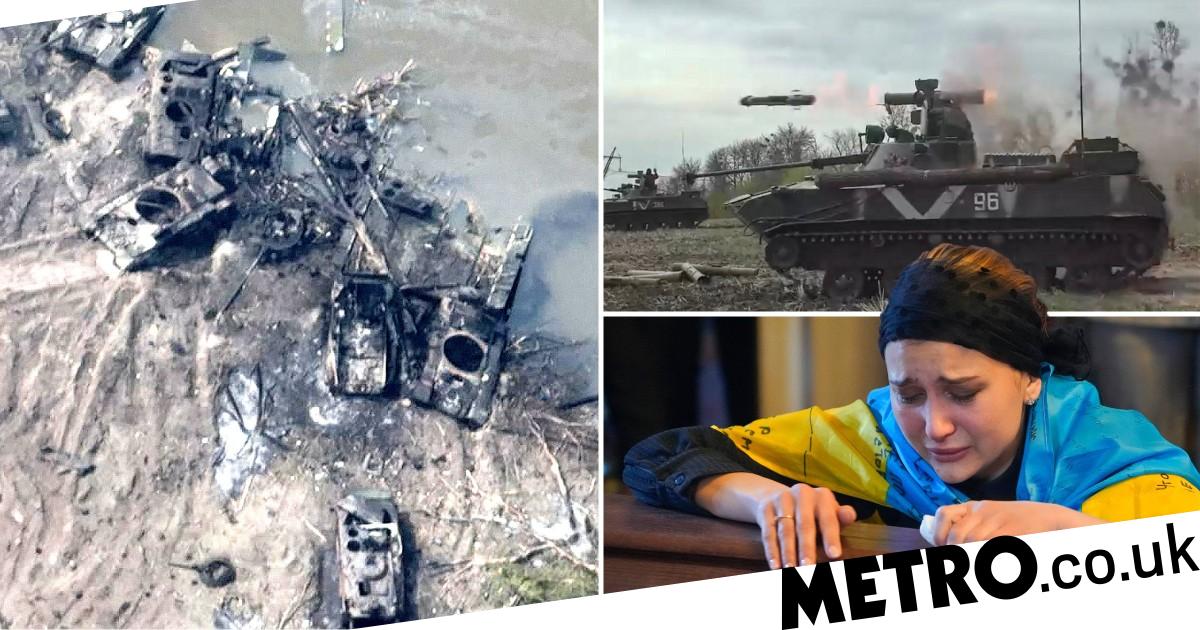 Speaking on the 80th day of the conflict in Ukraine, Lavrov said it was difficult to predict how long the “hybrid war” would last.

Emphasizing the barrage of sanctions imposed on Moscow by the West, the minister tried to show Russia as a target, not a perpetrator of aggression.

“The collective West has declared a total hybrid war on us, and it is difficult to predict how long it will last, but it is clear that the consequences will be felt by all without exception,” he said in a speech.

Lavrov said the West’s efforts to isolate Russia were doomed to failure, pointing to the nation’s relations with China, India, Algeria and the Persian Gulf countries.

He also accused Western countries of stealing the assets of other countries and losing their reputations as reliable partners.

“In the future, the world economy will be de-Americanized,” he said.

“We did our best to avoid a direct confrontation, but now that the challenge has been rejected, we are certainly accepting it.

“Sanctions are not alien to us: they have almost always been in one form or another.”

The group, which includes Britain, the United States, Canada, Japan, Germany, France and Italy, has also backed more aid and weapons to Ukraine, as well as stepping up efforts to “end dependence on Russian energy supplies.”

“We reaffirm our determination to continue to increase economic and political pressure on Russia while continuing to act in unity,” the joint statement said.

West ‘has declared total war on Russia and all will suffer,’ says foreign minister

Four candidates remain in the race for leadership in Great Britain

There is no boom in Chinese sponsors at Alfa Romeo

Does your PC fleet fully support your remote users?

“Prove tech works for the NHS, but don’t think of it...

How Britain will cease to exist by the end of Liz...