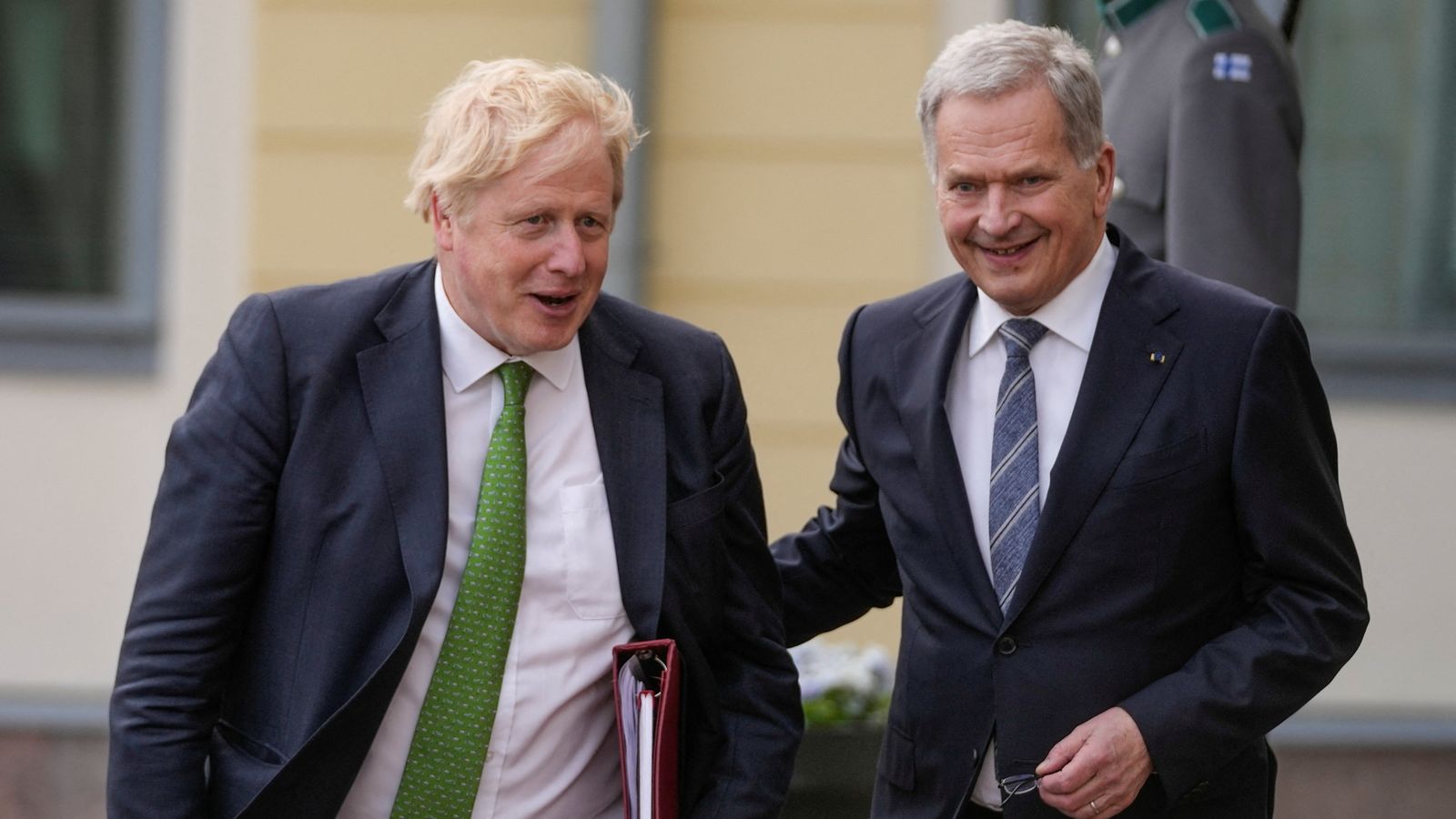 The Prime Minister visited Stockholm and Helsinki to sign agreements stating that Britain would come to the aid of Sweden and Finland if they were attacked, and vice versa if they attacked Britain.

Speaking in Helsinki, Mr Johnson said that the aid provided to Ukraine and the support promised to Sweden and Finland were key to countering Russian President Vladimir Putin, otherwise “it would not have been the end of his neo-imperialist revanchist ambitions”.

Supporting the rationale for Ukraine’s support, while people in Britain are overwhelmed by the cost of living crisis, the prime minister has promised that “of course there will be more support in the coming months”.

But Mr Johnson added: “It would be a big, huge mistake to think that the economic response is to allow Putin to get away with his barbaric behavior in Ukraine.”

This was stated by the Prime Minister at a press conference together with the President of Finland Sauli Niinisto.

This is happening at a time when both Sweden and Finland are considering joining NATO amid Russia’s prolonged military aggression in Ukraine.

The Kremlin may have found this provocative, but Mr Niinisto strongly blamed the Russians for becoming more aggressive in insisting on the neutrality of the countries – and for showing that they were “ready to attack the neighboring country”.

“My answer would be that you contributed to it – look in the mirror.”

Mr Johnson said it was a “turning point” in the overall history of Britain and Finland.

He added: “The Russian invasion of Ukraine has changed the equation of European security, rewritten our reality and changed our future.

“We saw the end of the post-Cold War period, and the invasion of Ukraine unfortunately opened a new chapter.

How to join NATO

“Finland has traditionally been neutral, but it is [agreement] formalizes and explains what needs to be clearly stated in the context of today.

“That means that in the event of an attack on any of us, we will support each other.”

“Lagaan” will soon be adapted as a Broadway show in the...

People Share the Things We’ll Be Nostalgia for in 50 Years...