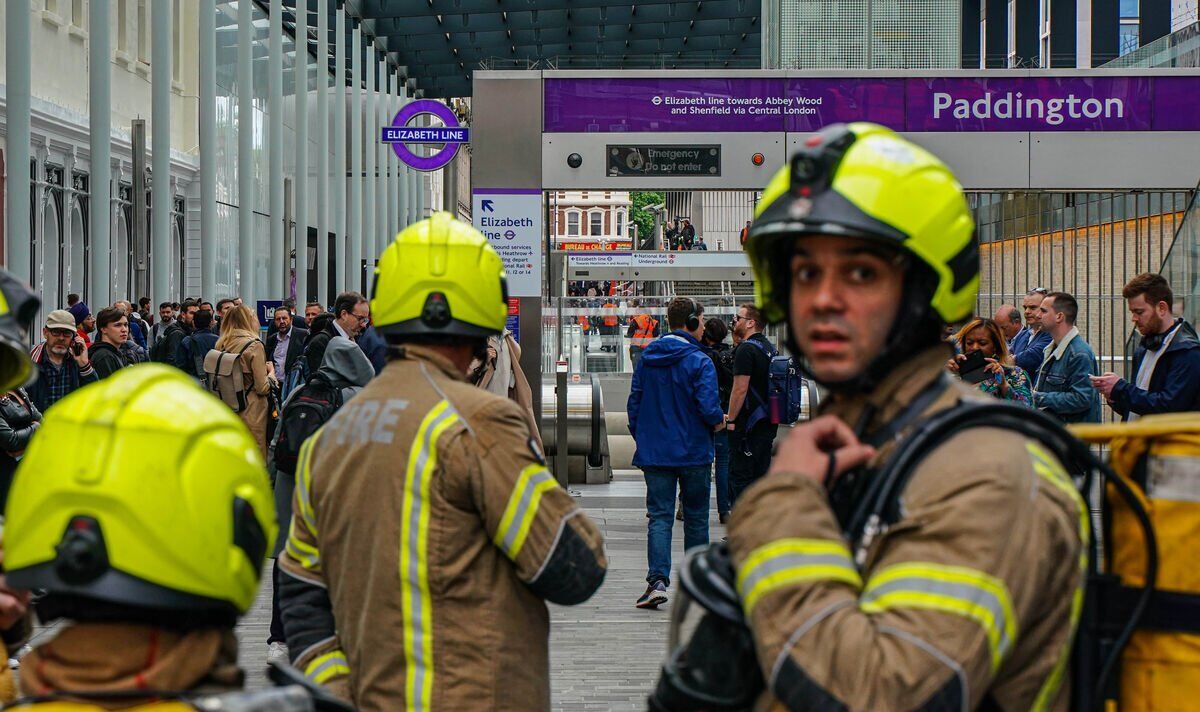 71 percent of the 40,000 who voted, 89 percent for the strike and 11 percent against, took part in the vote. The RMT union will now demand urgent talks with Network Rail and 15 companies operating the trains. Secretary-General Mick Lynch said: “Today’s overwhelming support for the railways is a testament to the union’s approach and sends a clear signal that members want decent wage increases, job security and no mandatory cuts.

“Our NEC will now meet to discuss the strike schedule from mid-June, but we sincerely hope that ministers will encourage employers to return to the negotiating table and reach a reasonable settlement.”

The strike could cut services to about a fifth of the normal weekday schedule.

And they are angry at plans to cut costs and 2,500 Network Rail maintenance jobs.

Earlier, Mr. Lynch noted that next year the strikes will continue or turn into a general strike. He said: “If the dispute continues and we have to escalate the action, I can not rule out anything. We do not want to disrupt the summer, we want a negotiated settlement. “

Railway and airport workers, garbage collectors, truck drivers, hospital staff and government officials are all threatened this summer amid a spiraling cost-of-living crisis.

People stand in lines at the entrance to Elizabeth’s line (Image: Reuters)

Denying that the union had a political agenda, Mr Lynch added: “The only political agenda that has been set is this government. And their agenda is to keep people low paid and poor to achieve austerity. ”

He has warned of a “hit list” of 1,000 stations to save £ 2 billion, and plans to “close almost all ticket offices” as older and vulnerable people head to programs and websites.

He said: “I think it would be completely counterproductive for the railroad, which, frankly, is running on a livelihood, and it could lead to a heart attack.”

Mr. Shaps noted that the railroad during the pandemic continued only at the expense of taxpayers’ money.

He said: “We need to balance the railways with the needs of doctors, nurses, teachers and other public services, so it is very important that this balance is right.

“The taxpayer has invested £ 16 billion, that’s £ 600 per family, whether you use trains or not, and we’ve done that to make trains work. No one lost their jobs during the coronavirus, but we need to reform our railways. I want this to be resolved, I want the unions to do the same, I urge them not to go on strike. “

Reaffirming that freight transport would be a priority in the event of a strike, he added: “Transportation and distribution as well as train deliveries are absolutely critical. It is very important to make sure that the distribution of both energy and food at the national level. “

The union of public and commercial services yesterday agreed to vote on a strike of its 200,000 members of the civil service after it was asked to raise salaries by two percent.

Secretary-General Mark Servotka told a conference in Brighton: “The government’s actions have left us with no alternative.

“Throughout the pandemic, our members have worked hard to provide critical services. The government attacked us. They came for our good faith, accused us of laziness, because we worked at home.

“We have supported the work of the country by providing universal credit to almost 10 million people, resting to almost six million, keeping our borders open, ensuring road safety.

“But the government has announced plans to close 42 DWP offices, 10 insolvency divisions and just 10 days ago informed us that one in five civil servant positions will be vacated.

“We were not listened to when we continued to work, so maybe now is the time to stop work. It’s time to say to this rotten government, “Enough, enough.”

The gloomy days of the 1970s are back. As half a century ago, our weakened politicians look impotent in the face of rampant inflation, the cost of living crisis and threats to energy supplies.

But nothing so represents the chaos of that ugly decade as the industrial unrest.

It was a time when unions repeatedly lured the population to ransom and brought the country to a standstill in pursuit of narrow, selfish goals. Greed was their hallmark, blackmail was their method.

Now the hooligans are on the march again. Although union membership has halved since 1979, from 13 million to just over six, these militants still have a tremendous ability to cause chaos and suffering, especially because their strength lies in public service.

At the forefront is the RMT (Rail, Maritime and Transport) – now planning summer shocks in the train system after a vote of 40,000 members.

Scotland is already undergoing a major shutdown, where hundreds of services have been canceled. It looks like it will spread to England next week when RMT aims to disrupt the anniversary celebrations by forcing parts of the London Underground to close.

But this may be just the beginning. Along with RMT, the white-collar TSSA (Transport Employees Association) is now excited to talk about joining the “biggest rail strike since 1926,” while the ASLEF (Social Society of Locomotives and Firefighters) drivers ’union also disagrees.

Moreover, despite all the bleating of the unions about the reduction, the railway network has been massively subsidized by taxpayers.

Unfortunately, militancy is spreading. University professors have been arguing for a long time about salaries and pensions.

But the government should not give in and follow Margaret Thatcher in the face of unions. One simple step is to lift their privileged legal immunity.

The pound falls to a two-year low against the dollar due...

Uvalde mom handcuffed by ‘coward’ cops for trying to rush in...

Shaps is furious as the railway exits to hit the cost...

Trevor Noah announces his retirement from The Daily Show after seven...