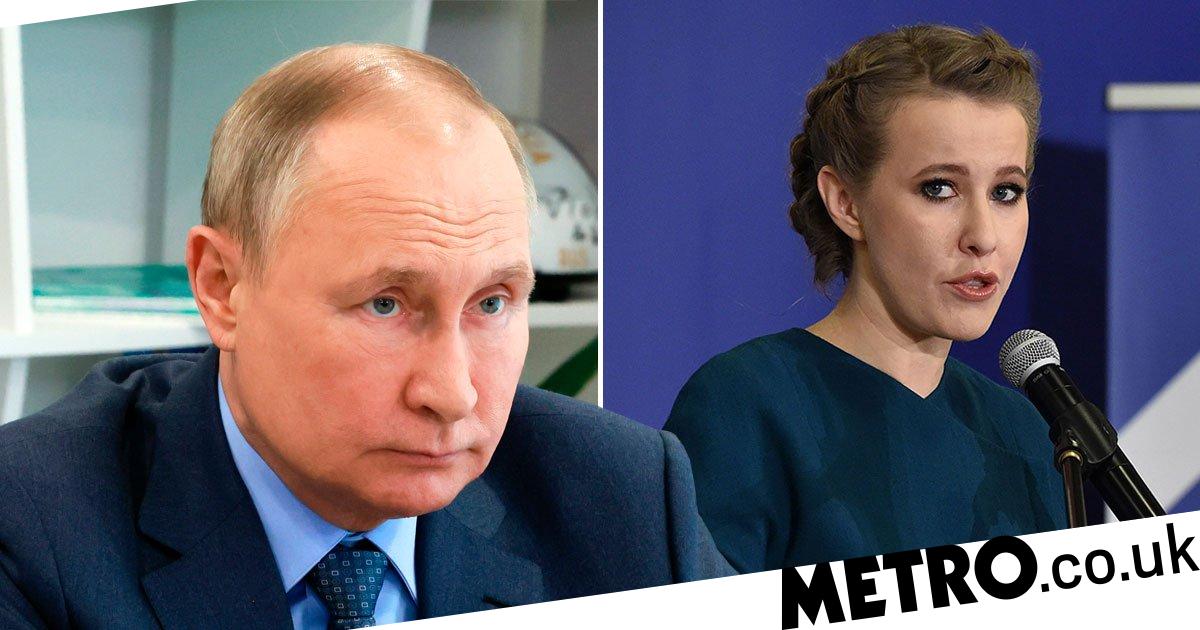 Vladimir Putin called his own “godmother” a “foreign agent” in response to her views on Russia’s invasion of Ukraine.

The couple is linked through her father, Anatoly Sobchak, who gave Putin his first foothold in politics.

Putin was present at Ms. Sobchak’s baptism and has known her since childhood.

But now he is ready to call her a “foreign agent” for “working with his enemies” throughout the conflict.

An investigation by the Public Committee to Detect Foreign Intervention is ongoing to determine whether Ms. Sobchak was “funded from abroad.”

Her online media “Caution News” is also under investigation.

If foreign funding is found, Sobchak will become a foreign agent, the Kremlin warns.

In her Instagram account, which is blocked due to its allegedly “extremist” nature in Russia, she posted: “What can I say? A sense of pride.

“Having an opinion means complete freedom.”

They claimed that a number of political and media groups were colluding with Russia’s “enemies.”

Ms. Sobchak likened the situation to repression against dissent in Soviet times, accusing Putin’s henchmen of using “any law” to block it.

Earlier this year, pro-Kremlin media reported that she had accepted Israeli citizenship and fled abroad.

But she replied: “I am Russian, I am a Russian citizen. I am not emigrating anywhere, I have no other citizenship. “

She later moved into politics and joined forces with prominent Putin critics such as Boris Nemtsov and Alexei Navalny.

Her father was one of the most famous politicians of his time, as well as the first democratically elected mayor of St. Petersburg.

Putin was later depicted at Mr Sobchak’s funeral in 2000 with the former mayor’s family.

Earlier, she claimed that recruits were ordered to enlist in the contract.

On the rise in deaths in Russia, she said: “They are lying there and stray dogs are biting their faces.

“Some cannot be identified because the bodies are very burnt.”

The Miami Dolphins’ (potential) search for a new QB just got...

The marque is “in talks” with Honda and others about 2026