Newsheadlinesuk.com
Home World NATO will strengthen its presence near the Swedish border if it applies... 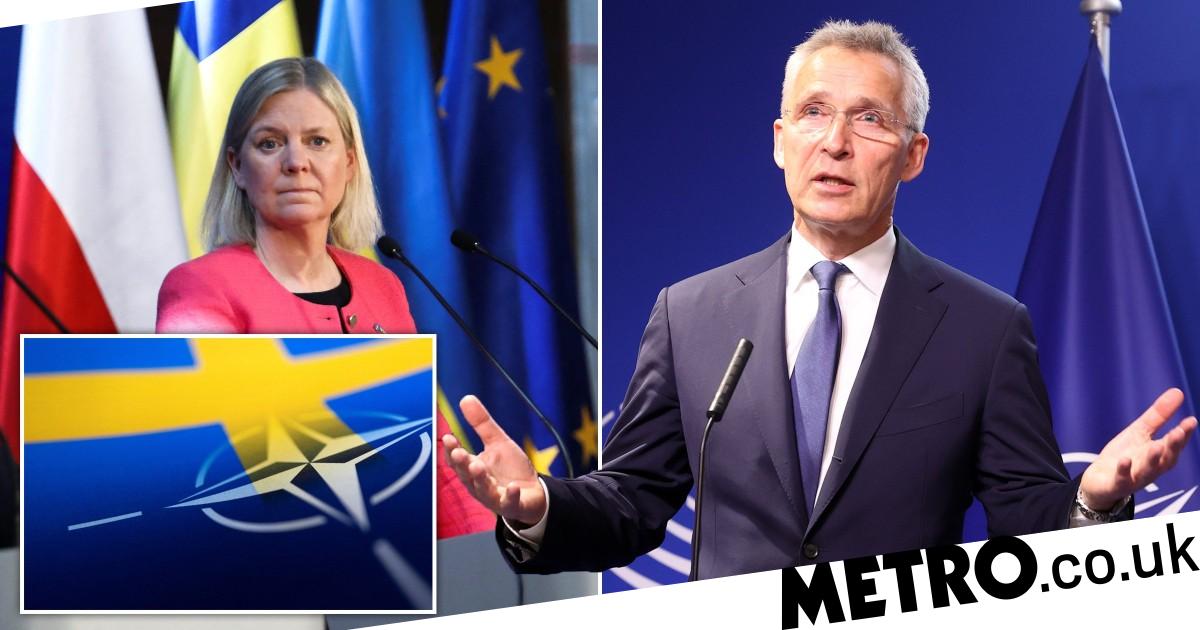 People in Sweden have been assured of NATO support when their potential application to join the military alliance is processed.

Countries that remained outside the bloc were considering joining in response to Russia’s invasion Ukraine.

This was stated earlier by Prime Minister Magdalena Anderson “The goal is for Sweden to join NATO in June this year.”

But the commitment was met with threats from Moscow.

The Kremlin has said that if Sweden and Finland join NATO, it will be a “strategic mistake”.

Today it became known that NATO will increase its presence near the borders of Sweden and in the Baltic Sea, while a potential application to join the alliance is being considered.

NATO Secretary General Jens Stoltenberg has made a promise to the Swedish public broadcaster SVT.

Both Finland and Sweden seek guarantees of military protection when applying, which may take up to a year for all NATO members to approve.

Mr Stoltenberg told SVT: “I am confident that we will find solutions to Sweden’s security needs during the transition period.

“Since Sweden’s application, and NATO has stated that it wants Sweden to join it, NATO has a very strong commitment to guaranteeing Sweden’s security.”

Sweden and Finland are expected to decide this month to apply for NATO membership.

And today in the UK vowed to come to their aid if countries ever fall victim to a Russian attack.

Defense Secretary Ben Wallace said: “Do I think that if Finland does not join NATO, Britain will not come to the rescue?” No. Britain will always be here in the Nordic countries to be a part of you, to help you, to support you.

“It is inconceivable that Britain would not support Finland or Sweden if it were ever attacked without any major formal agreement.”

Dave Coulier Describes How He Discovered He Was The Guy in...

“Russian general killed by US-donated missiles in Ukraine” as ANOTHER powerful...

A Midhurst man has been shortlisted for Weather Photographer of the...