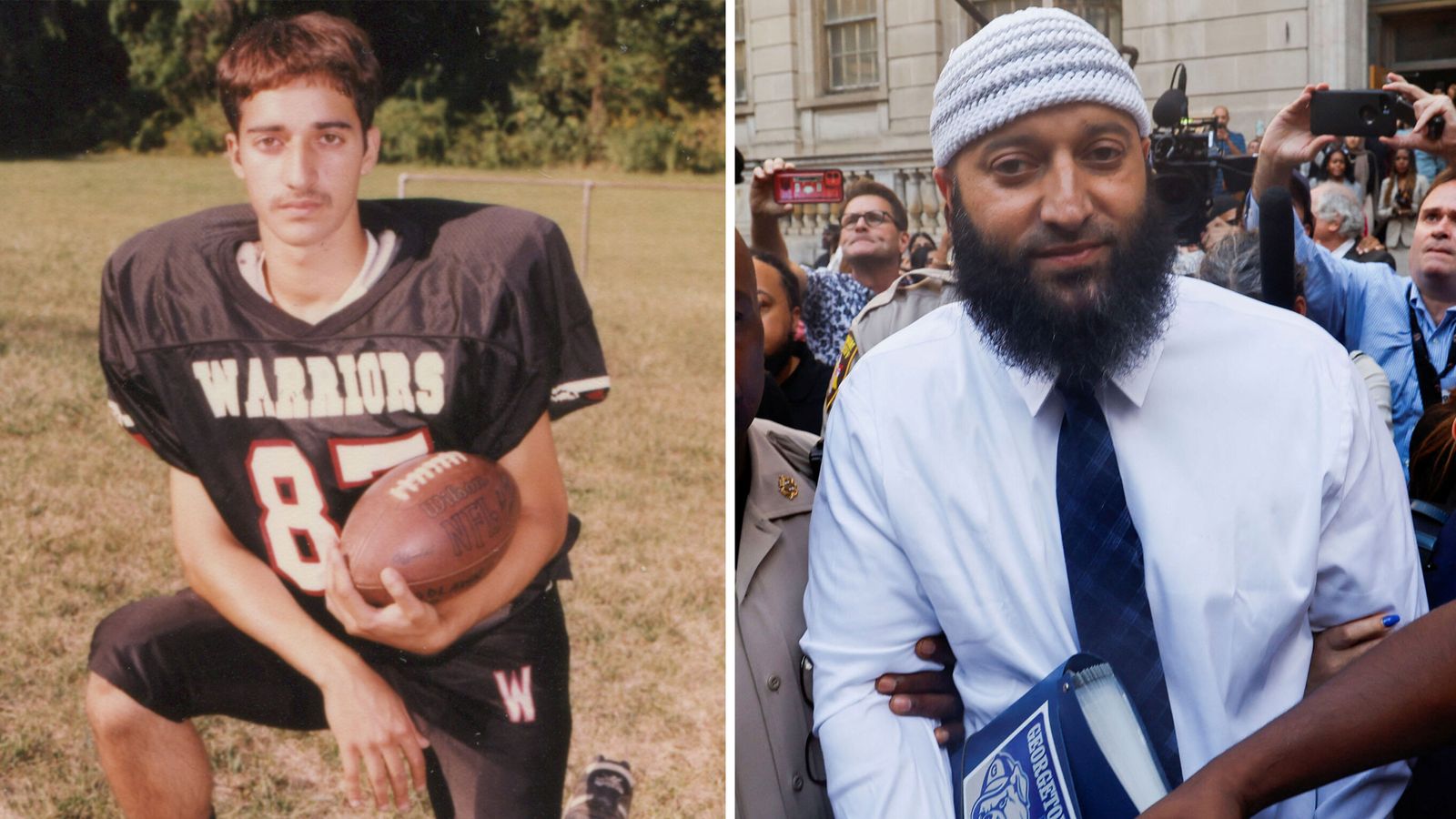 Adnan Syed has been freed by a judge after overturning a murder conviction that was the subject of the popular Serial podcast.

Mr. Syed was 17 when he was sentenced to life in prison in 2000 for the 1999 murder of his girlfriend, Hae Min Lee, who was strangled and buried in a Baltimore park.

A Maryland judge on Monday overturned the conviction after prosecutors said there were two other possible suspects who were never disclosed to the defense during the trial.

Judge Melissa Finn of the U.S. District Court in Baltimore ordered that Mr. Syed be released from prison and placed in custody. She also ordered the state to decide whether to seek a new trial date or dismiss the case within 30 days.

“Okay, Mr. Syed, you can join your family,” Ms. Finn said as the hearing ended.

Mr Syed, now 41, has always maintained his innocence and has appealed his conviction for years.

The case first came to global attention in a hit podcast in 2014 that cast doubt on his guilt and some of the evidence used by prosecutors.

Serial suggested that evidence obtained from witness Asia McClain may have corroborated Mr Syed’s account of being in the library at the time of the murder.

Last week, prosecutors filed a motion alleging that the lengthy investigation conducted by the defense had uncovered new evidence that could undermine Mr. Sayed’s conviction.

Becky Feldman, the chief of the sentencing review unit, described to the judge various details of the case that undermine the conviction, including faulty cell phone data, unreliable witness testimony and a potentially biased detective.

Read more:
The series and the case against Adnan Sayed

Prosecutors said the suspects were known at the time of the initial investigation, but they were not properly ruled out or disclosed to the defense, which declined to release suspect information due to the ongoing investigation.

Prosecutors said they did not claim Mr. Sayed was innocent, but they lacked confidence “in the integrity of the verdict” and recommended he be released.

Wales’ Thomas Francis ruled out of tour of South Africa with...

Climate groups call on Bitcoin to ‘cut pollution and jump ***’

Australia: Elderly man dies after being attacked by pet kangaroo