Newsheadlinesuk.com
Home United Kingdom Micro and nanoplastics in the atmosphere pollute the oceans: a study 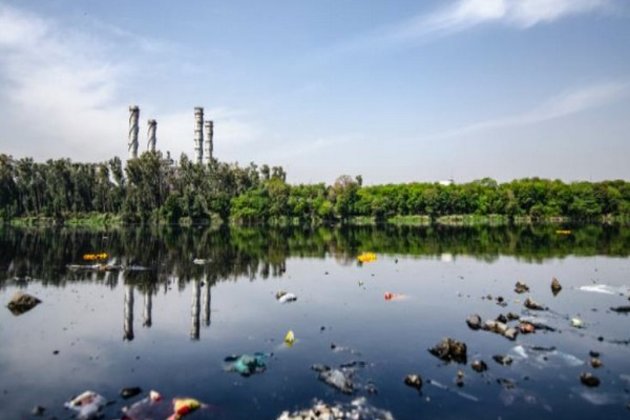 Bremerhaven [Germany]May 10 (ANI): A new study examines the atmosphere as the cause of plastic pollution of our planet’s waters.

The results of the study were published in the journal Nature Reviews EarthEnvironment by an international team of researchers, including experts from the Alfred Wegener Institute, the Institute for Advanced Sustainable Development in Potsdam and the Helmholtz Center for Ocean Research GEOMAR.

It is estimated that by 2040 the level of plastic pollution could reach 80 million tons per year. Currently, plastic particles are found in almost all areas of the environment, such as water, soil and air. Through ocean currents and rivers tiny plastic particles can reach even the oceans of the Arctic, Antarctic or oceans.

A new survey has shown that wind can also carry these particles long distances – and much faster than water: in the atmosphere they can move from their place of origin to the most remote corners of the planet in a matter of days. days.

Today, 0.013 to 25 million metric tons of micro- and nanoplastics are transported thousands of kilometers a year by ocean air, snow, sea spray and fog, crossing countries, continents and oceans. This assessment was made by an international team of 33 researchers, including experts from the Alfred Wegener Institute, the Helmholtz Center for Polar and Marine Research (AWI), the Potsdam Institute for Advanced Sustainable Development (IASS) and the GEOMAR Helmholtz Center. Exploring the Ocean in Kiel.

“Air is a much more dynamic environment than water,” said co-author Dr. Melanie Bergman of AWI. “As a result, micro- and nanoplastics can penetrate much faster to those regions of our planet that are most remote and still largely untouched.” Once there, the particles can affect the surface climate and the health of local ecosystems. For example, when these darker particles are deposited on snow and ice, they affect the feedback of ice and albedo, reducing their ability to reflect sunlight and promoting vegetation.

Similarly, darker areas of seawater absorb more solar energy, further heating the ocean. And in the atmosphere, microplastic particles can serve as nuclei of condensation of water vapor, affecting the formation of clouds and, in the long run, the climate.

How do plastic particles get into the atmosphere? Primarily through human activities. Particles formed by tires and brakes in traffic, or exhaust gases from industrial processes, rise into the atmosphere, from where they are carried by wind. However, according to a review study, there is also evidence that a significant amount of these particles are transported by the marine environment.

Initial analysis shows that microplastic from the coastal zone also enters the ocean through blurred beach sand. The combination of sea spray, wind and waves forms in water containing microplastics, air bubbles. When bubbles burst, particles find their way into the atmosphere. Thus, transport to remote and even polar regions may be due to a combination of atmospheric and maritime transport.

Therefore, it is important to understand the interaction between the atmosphere and the ocean to determine what particle size is transported and in what quantities. The atmosphere predominantly carries small particles of microplast, making it a much faster transport route that can lead to significant sediments in a wide range of ecosystems.

As Melanie Bergman explained, “We need to integrate micro- and nanoplastics into our air pollution measurements, ideally internationally within global networks.” To that end, as a first step, first authors Deoni Allen and Bergman began collecting microplastic samples in air, seawater, and ice during the Polarstern expedition to the Arctic last year.

Combining efforts to understand the microplastic cycle Understanding and characterizing microplastic cycles between the ocean and the atmosphere will require a concerted effort. In this regard, a team of researchers led by first authors Deoni Allen and Steve Allen of the University of Strathclyde in Glasgow outlines a global strategy for creating a continuous, unparalleled database of micro- and nanoplastic flows between the ocean and atmosphere.

“There are so many aspects of emissions, transport and exposure of microplastics to the atmosphere that we still don’t understand,” said co-author Professor Tim Butler of IASS. “This publication shows gaps in our knowledge – and presents a roadmap for the future.” The study was prepared by two ad hoc working groups from the Joint Expert Group on the Scientific Aspects of the Marine Environment (GESAMP). According to study co-author and GESAMP member Professor Sylvia Sander of GEOMAR: “The study shows that a comprehensive view of the ocean and human impact on it can only be achieved by network researchers and their data. The great problems of our time exist on a global scale. Accordingly, we must seek answers to pressing issues with the widest and most international experience. This can only be done by working together. “GESAMP is a conglomeration of eleven UN-affiliated organizations. Its goal is to achieve an interdisciplinary, science-based understanding of the marine environment. To date, the network has collaborated with more than 500 experts from around the world. around the world on a number of issues.

Micro and nanoplastics in air are also relevant to human health. In a recently published British study, microplastics were found in the lungs of 11 of 13 living people. “This is another reason why we need to integrate plastic into air quality monitoring programs,” Bergman said.

To reduce pollution of plastics, the production of new plastics should also be consistently reduced under an international agreement, as Bergman and other experts recently called in a letter to the journal Science. (ANI)

Coco Gauff and Jessica Pegula are out of the US Open...

Don’t make the mistake of hiring only skills