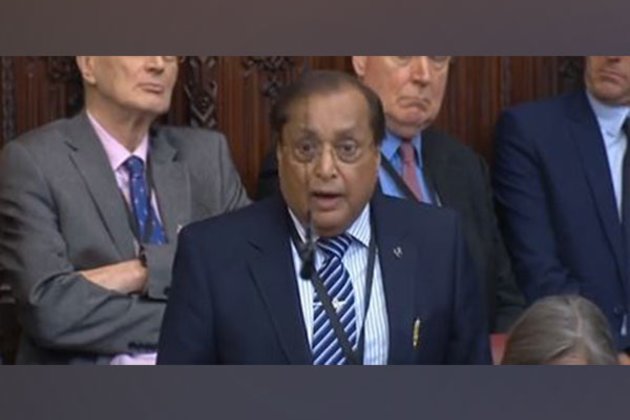 London [UK]May 18 (ANI): Lord Rami Ranger raises in the British Parliament the issue of persecution of minorities in Pakistan in connection with the recent assassination of Sikh traders in Peshawar.

During a session of questions and statements in the House of Lords, Rami Ranger intervened when Lord Kurban Hussein on May 17 tried to raise the issue of Kashmir.

Two Sikhs were shot dead by unknown individuals at the Bata Tal bazaar in Peshawar. The media reported that the attackers fled after a targeted murder.

“Lord Hussein knows that two Sikh merchants in Peshawar were killed last week because of their religion,” Rami Ranger said in response.

“People in Pakistan like Ahmedia like Sikhs like Christians, Hindus are persecuted, forcibly converted, Shiite mosques are attacked … I would like to ask who supplies weapons to terrorists in Kashmir, who trains them, who encourages them to bring destruction to paradise ? » he said.

This happens when hundreds of people die as a result of killings, military operations and various other cases of high-level violence. The dead included women and members of religious minorities, politicians, security officials and militants.

The Human Rights Commission of Pakistan (HRCP) has demanded that the police immediately identify and arrest the perpetrators. “The government must make it clear that violence against religious minorities will not be allowed,” the HRC added.

India on Sunday called on Pakistan to take tough action against those responsible for the brutal killings of Sikh traders in Khyber Pakhtunkhwa province.

India has also called on the authorities concerned to sincerely investigate the matter and take strong action against those responsible for this deplorable incident. (ANI)

Victims of HBOS Reading will be offered compensation of 3 million...