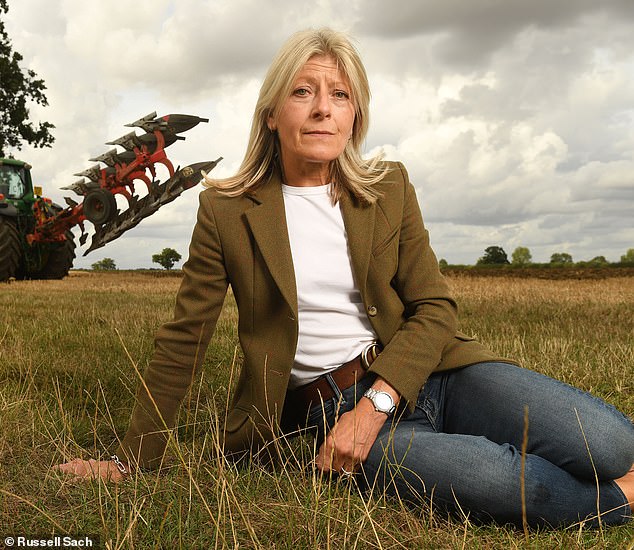 Retail giant John Lewis has strongly denied thousands of its regular credit card customers will be cut off as a result of appointing credit company NewDay to manage the card.

Hundreds of John Lewis cardholders contacted The Mail on Sunday in response to our exclusive report late last month, highlighting widespread customer concern about the move.

Many are outraged that when they re-apply for a credit card – a regulatory requirement – they are either rejected by NewDay or have their four- or five-digit credit limit reduced to just three.

Most have been clearing their John Lewis card balance every month and believe their financial prudence has worked against them because NewDay sees them as ‘losing’ customers. Some say they will never shop at John Lewis or its Waitrose food stores again.

John Lewis said on Friday that 96 per cent of customers who applied for the new affiliate card had already been accepted by NewDay. More than 84 percent, he insisted, were offered the same or higher credit limit.

Amir Goshtai, director of John Lewis Financial Services, told the MoS that it was “unfortunate” that some customers were disappointed. NewDay, which is regulated by the Financial Conduct Authority, has denied allegations that it is preventing prudent and credit-worthy customers from continuing to use their John Lewis card.

He also said it was “absolutely not the case” that he was only interested in targeting customers who didn’t clear their balance every month. John Lewis cardholders who are successful with repeat applications will pay interest at 18.9 per cent on outstanding balances.

The store partner card is very popular with John Lewis and Waitrose shoppers because of the generous rewards it offers.

For example, for every £400 they spend on their card at a John Lewis or Waitrose store, they get a £5 voucher. Over the past five years, John Lewis has issued vouchers worth £230 million.

The loss of these vouchers is one of the main reasons why those who have been refused a new card by NewDay feel so angry.

Among those disenfranchised is Lorna Smith, who runs an arable and livestock farm in Towster, Northamptonshire, with her husband. Lorna, who also runs the livery stables at the farm, has had a John Lewis credit card since it launched in 2004. The 61-year-old had a £14,400 credit limit and enjoyed the regular cash vouchers she received for using the card.

When she received an email saying she would have to reapply for the card, she thought it would be a formality. Lorna says: “My husband Peter and I own our farm, we have a successful business – Block Aid UK – renting out concrete barriers and tent poles and we have a number of properties available to buy to let in rent. We also have savings and promotions. We are not super-rich, but we are not on the verge of bread either.”

Still, it counted for nothing. Her application was rejected and she was left stunned. “I’ve never been turned down for a credit card in my adult life,” she says. “It’s crazy because I pay my card bill in full every month.”

Angered, she complained to NewDay. Last Wednesday, she received an email from an “executive and media” complaints panel saying it could not approve her application on “eligibility” grounds. She describes the decision as a “farce” and says she will stop shopping at both John Lewis and Waitrose.

Katie Pole was also told she did not meet the criteria for the new John Lewis Partnership Card.

Like Lorna, the 75-year-old former chief executive of the Human Genome Organization has always used her card carefully, never exceeding the £10,000 credit limit available to her.

“I’ve lived at the same address in Radlett, Hertfordshire, for 46 years,” says Cathy. “I have a decent pension, and while my investments may fall in value with a stock market crash, I have no mortgage, no debt, and no children to support.”

She also appealed the rejection – and received the same letter Lorna received from NewDay’s complaints executive about her ineligibility.

“Maybe I’m too good a customer and I’m not making them enough money,” Kathy says. “I am both embarrassed and annoyed by John Lewis’ decision to drop me after having worked with them since 2004.”

Goshtai John Lewis told MoS on Friday: “We know how much our customers love our affiliate card, so it’s no shame that any of them are disappointed with this change.

“The only reason a customer will be refused or given a lower limit is because of affordability or creditworthiness, which are regulatory obligations for credit providers.

“Any customer who has a question about their application should contact us and we will do our best to help.”

Gemma Owen of Love Island “tuned in for a second shock”...

Can I take medicine in hand luggage?

Cops slap down driver’s claims 18-year-old he ran over and killed...

House hunters were left baffled by the property’s odd layout with...