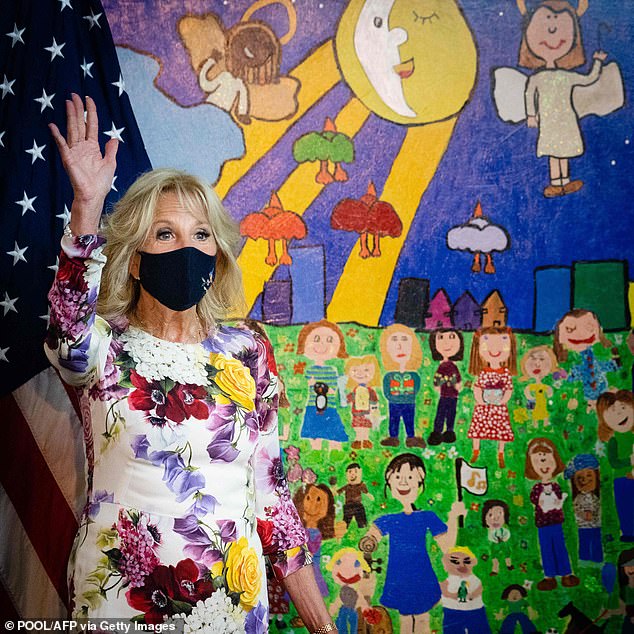 Jill Biden visits the same children’s hospital in Costa Rica that John F. Kennedy visited in 1963, when the First Lady celebrates a new partnership against cancer

Jill Biden on Sunday followed in the footsteps of John F. Kennedy and visited the National Children’s Hospital of Costa Rica, where she noted a new partnership to help defeat childhood cancer.

Kennedy was the first U.S. president to visit Costa Rica, which he did in 1963, and issued a personal check for the purchase of hospital equipment.

Biden was in the hospital to highlight the new U.S.-Costa Rican collaboration.

“No country can defeat cancer alone. We all need to work harder, ”she said.

“President Kennedy once said that children are our most valuable resource … And he was right. We have a duty to take care of our children, ”she added.

Jill Biden followed in the footsteps of John F. Kennedy and visited the National Children’s Hospital of Costa Rica 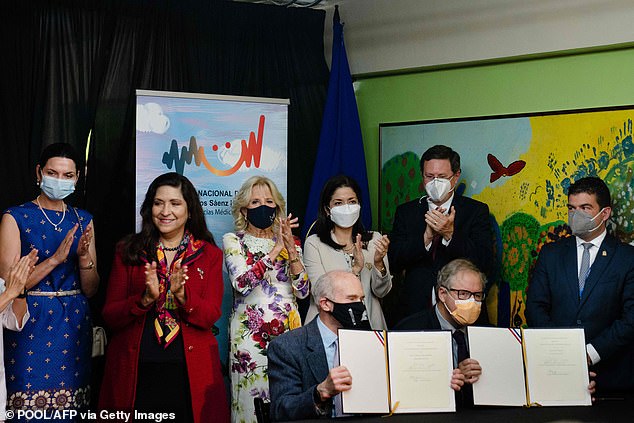 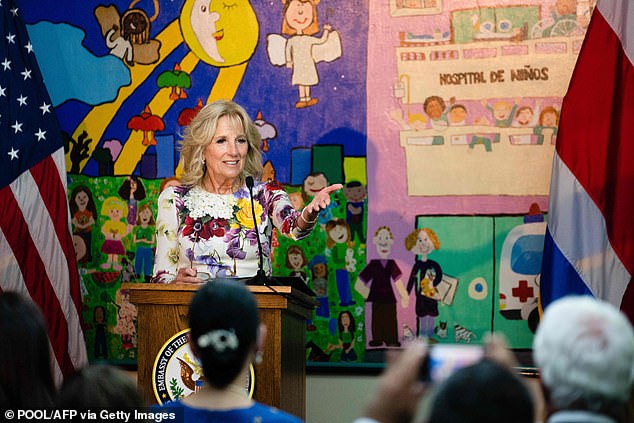 “No country can defeat cancer alone. We all need to work harder, ”said Jill Biden 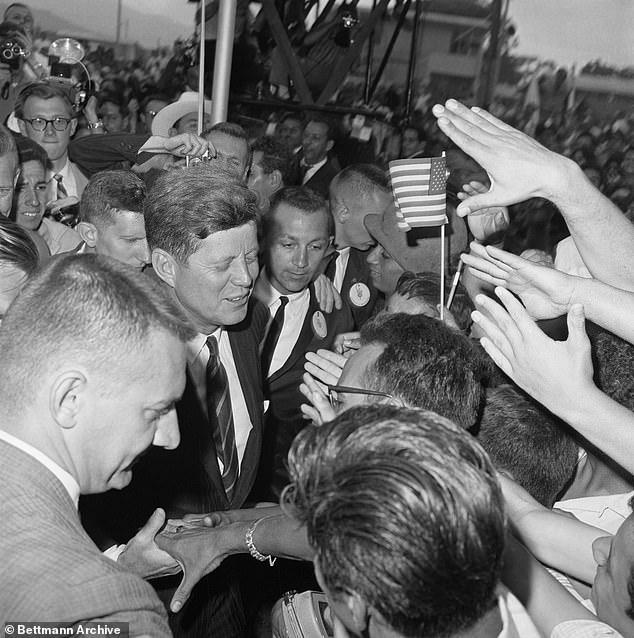 President John F. Kennedy issued a personal check for the purchase of equipment for the National Children’s Hospital during his visit to Costa Rica in 1963.

She celebrated a partnership between the Costa Rican Health Authority and the University of Pennsylvania and the Children’s Hospital of Philadelphia to help Costa Rican children gain access to cancer rescue treatment.

The cancer is of personal interest to Biden, whose son Bo died of brain cancer in 2015. After Joe and Jill Biden left the vice presidency, they created Cancer Moonshot to help fight the disease.

The reason remains close to both.

“It is important to note that the first lady’s visit to Costa Rica was a catalyst to complete the agreement,” said Ambassador Teles, who noted that her mother helped raise money for the hospital when her father was ambassador.

Telles noted that both Biden “were committed to finding a cure for cancer even before the launch of Cancer Moonshot in 2016.” 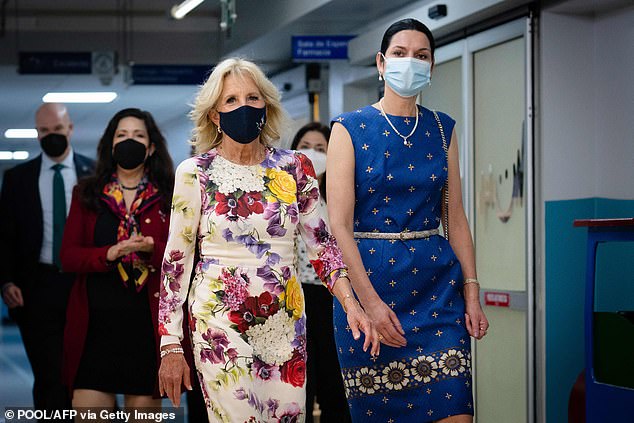 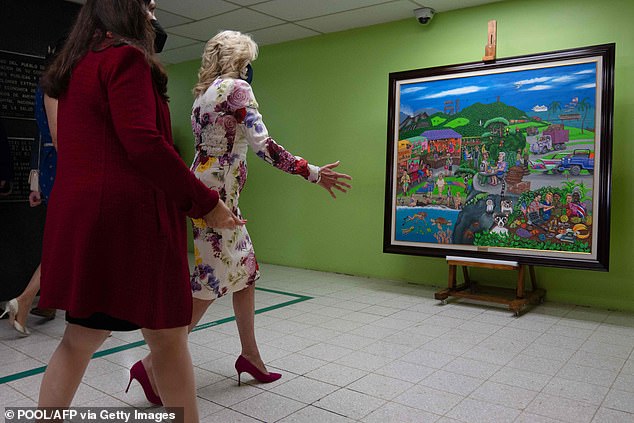 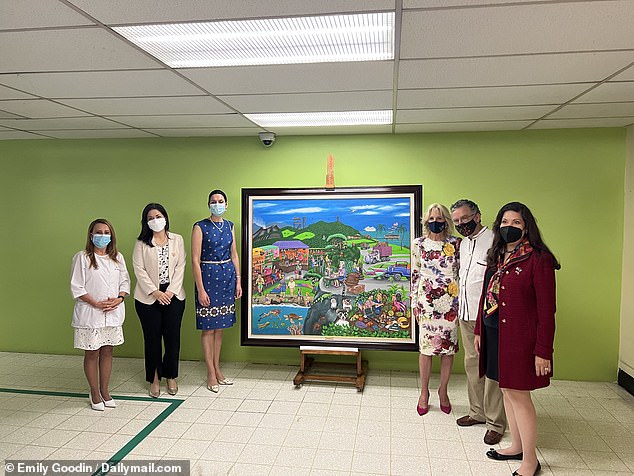 Costa Rican First Lady Signe Zeikate and Jill Biden on the sides of the new mural; Biden stands next to the artist who created it 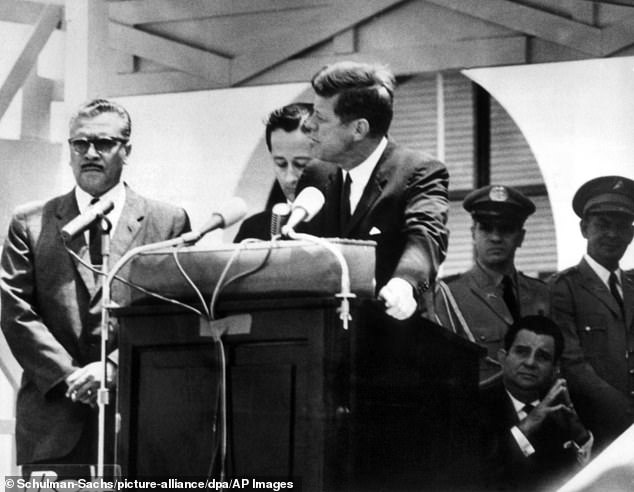 Biden also unveiled a mural donated to the hospital by the United States government to symbolize relations between the two countries.

“There are a lot of references to this relationship,” Teles said.

It is very colorful and shows people sharing food and drink along with animals such as toucans and sloths that are native to Costa Rica.

“Today, Ambassador Teles handed the hospital a picture with a plaque that reads:“ In memory of the visit of the First Lady of the United States Dr. Jill Biden and in recognition of the contribution of US Ambassadors Raymond Telles and Dolphin Telles to the National Hospital de Niñas. May 22, 2022, ”the East Wing said.

In 1963, Kennedy was in Costa Rica for a summit with the presidents of six Latin American countries. The visit took place during the tenure of former US Ambassador Raymond Teles, the father of current US Ambassador Cynthia Teles.

Biden is in the final stages of a goodwill tour of the three countries in Latin America. She returns to the United States on Monday.

The lottery draw gives the winner a jackpot of £5 million

Thousands of nurses, teachers and doctors to find out what salary...

Getting CCTV For Their Shit Sex: Five Signs Your Neighbors Are...

Ex-Secret Service Agents Say Trump Is Too Big To Reach Behind...

Euro falls below parity with dollar after US inflation hits 9.1%...