Newsheadlinesuk.com
Home World “Influential mediators” are involved in negotiations to save the defenders of Mariupol... 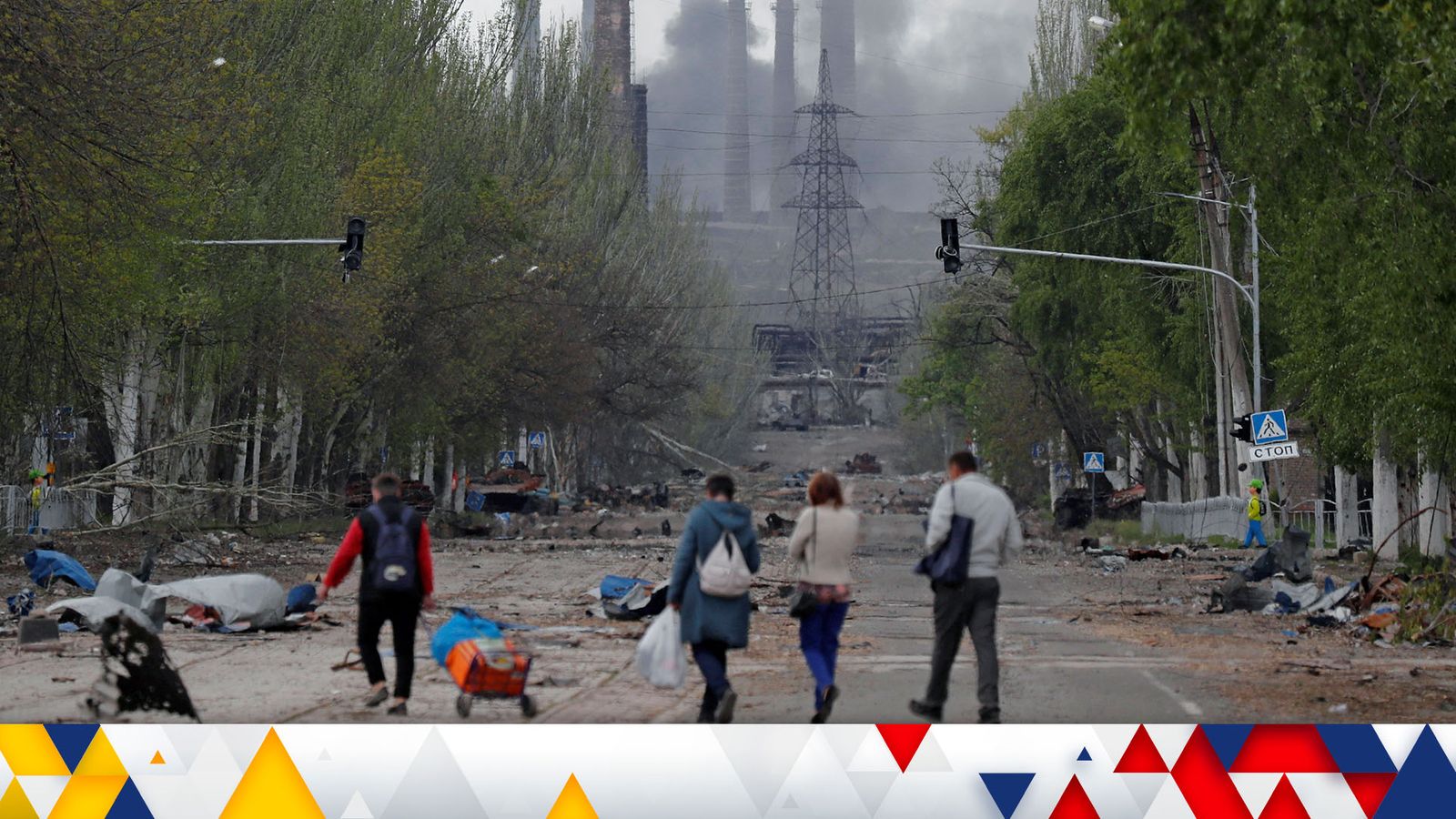 The President of Ukraine expressed hope that the fighters, who are still trapped by the Mariupol Metallurgical Plant, can be saved.

It is estimated that about 2,000 Ukrainian servicemen remain in the tunnels under the Azovstal plant, where they are hiding for several weeks while Russian forces move on to the southern port city.

They are the last hotbed of resistance in the nearly destroyed area, and they have repeatedly refused to surrender.

However, their cause was almost hopeless – many were injured, little or no ammunition left, and a serious shortage of food, water and electricity.

But during his nightly speech on Friday, Vladimir Zelensky said: “We are working on diplomatic options to save our troops, who still remain on Azovstal.

He did not provide more details.

In other key events:

• Western officials say Russia has taken an “unusual” step by not inviting foreign leaders to celebrate Victory Day next week, the day that marks the Soviet Union’s victory over Nazi Germany in 1945.
• US President Joe Biden allows Ukraine to send another $ 150 million in military aid, including artillery shells and radar systems
• Russian troops continue to fight – their focus is on the south-eastern region of Donbass, but Ukraine says its forces have repulsed 11 attacks in the area, which Russia has not confirmed
• In a number of cities, including Odessa, on the eve of Victory Day in Russia imposed a curfew and increased street patrols. Ukrainian officials warn that Russia’s attacks may intensify on the patriotic holiday
• Ukraine says it has made progress in the north-eastern Kharkiv region, returning five villages and part of the sixth
• Russia has stated that two self-proclaimed separatist republics in eastern Ukraine – the Donetsk People’s Republic and the Luhansk People’s Republic – have been appointed ambassadors to Moscow. The representative of the Ministry of Foreign Affairs of Ukraine stated that they are “traitors” and are likely to be accused of treason

This happened after dozens of civilians were evacuated from the metallurgical plant on Friday afternoon, and officials from Ukraine and Russia promised to continue the evacuation on Saturday.

Earlier this week, the mayor of Mariupol said 200 civilians had been trapped by the plant – a small fraction of the 100,000 people believed to still be in a city of 400,000 pre-war population.

Earlier on Friday, Mr Zelensky spoke at an event hosted by the Chatham House think tank in London, saying there was still room for talks with Russia.

He said the bridges between the two countries had not yet been “destroyed” and that negotiation arrangements were needed to “stop the killings”.

Read more:
Satellite images show damage to Azovstal metallurgical plant during war
Analysis: The historical defense of the capital’s Azovstal plant in Mariupol thwarts Putin’s plans – and this is important

But he said the talks could only take place if Moscow withdraws its troops, adding that he has not been elected to lead “any mini-Ukraine”.

“They must retreat,” he added.

“In that situation, we can start a normal discussion.”

He said that “although they are destroying all our bridges, I don’t think all the bridges have been destroyed yet.”

The mothers of the children whose body parts were found in...

The recruitment platform eliminates the need for agencies and provides £500k