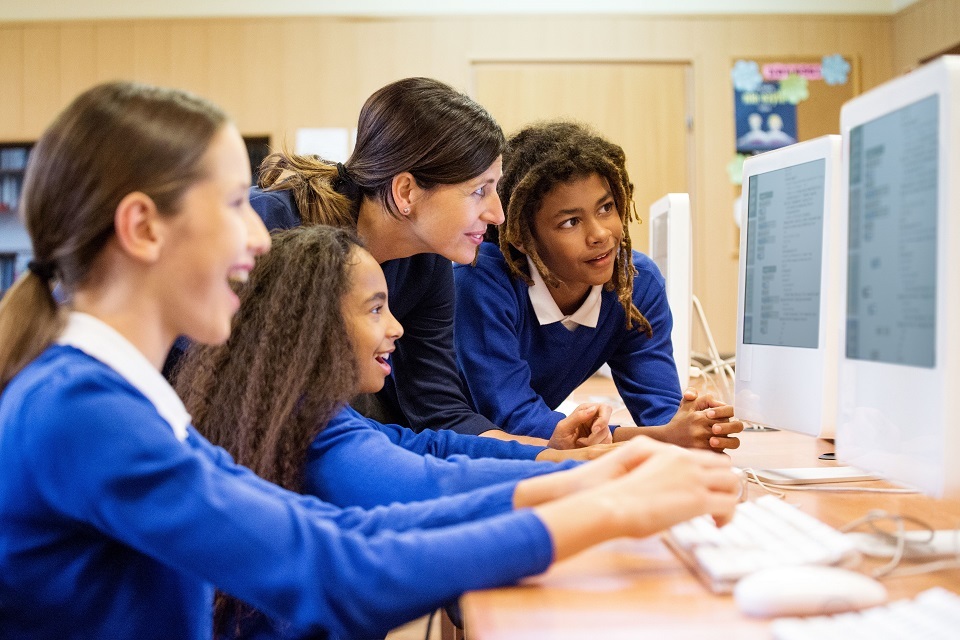 Thousands of young people will receive additional mental health support in their schools, colleges and universities, the government has announced.

To mark Mental Health Week, the Department of Education today (May 12, 2022) announces an additional £ 7 million for schools and colleges to train senior mental health executives, bringing the total funding for 2022/23 to 10 million pounds. .

Senior mental health executives will play an important role in helping schools and colleges instill a culture of openness when it comes to mental health, as well as forging stronger links with local health services to provide young people with access to the right level of support.

Government green paper aims to offer training to all relevant institutions in England by 2025, and new figures released today show that the government is on track to do so. More than 8,000 schools and colleges have applied for a £ 1,200 grant to train senior mentors in mental health between October 2021 and March 2022, which includes half of all state-funded secondary schools in England, far exceeding the ambition to achieve one-third of the settings.

The new investment will mean that by the end of this fiscal year, up to 8,000 schools and colleges – equivalent to two-thirds of eligible – will be able to apply for a training grant that will support them in developing and maintaining the mental health and well-being of all pupils.

Minister for Children and Families Will Queens said:

It is important that we continue to maintain the well-being and mental health of young people along with their academic recovery, and senior mental health managers will play an important role in this. I am grateful to those who signed up for the training, as well as to all educators who actively support the well-being of their students.

I continue to work in government to ensure that we meet the commitments set out in our Green Paper on Mental Health. This includes setting up mental health support groups so that millions of children across England can access the support they need.

School feedback on training has so far been positive, and one staff member wrote that they “feel much better prepared and empowered to support students,” which will continue to be vital if students return to normal life after the pandemic.

Funding was also announced today for five leading charities and organizations working to combat bullying and promote respect to continue to support students in thousands of England’s schools. After a successful first six months, these organizations will receive an additional £ 1 million to continue deploying training and support programs until March 2023.

Grants will be targeted at projects aimed at combating bullying against children who identify as LGBT, those with special educational needs and disabilities (SEND), and victims of hate-related bullying. This follows from previous £ 1 million grants awarded to organizations in November, as well as an additional £ 3.5 million to various charities working in the field of anti-bullying in previous years.

Today’s new report also details the results of welfare programs to return education and welfare to restore education, which gave local authorities additional funding of £ 15 million during the pandemic to help students recover from the emotional impact of the pandemic. The results show that more than 14,000 state-funded schools and colleges in England have benefited from the two programs. 92% of councils that responded to the Department’s survey said funding had improved their plans to support schools and colleges, while 77% said funding had helped improve community work together to support mental health.

More information on the deployment of mental health support groups is also included in today’s report, which stems from news that more than 2.4 million children and young people now have access to help in school and college. NHS England has also announced that more than 500 teams will be confirmed this year, surpassing the government’s initial ambitions to create 400 teams by April 2023.

To further support people with their mental health, the Department of Health and Welfare recently launched a call for evidence announce a new 10-year mental health plan. This will set an ambitious agenda to determine where the nation’s mental health should be in ten years. It seeks the opinion of the public, those with experience of mental illness, and health and care professionals on how support and services should adapt to the future.

The last two years have been particularly challenging, and although children are incredibly resilient, it is important that they be able to access mental health support as early as possible.

We recently unveiled a call for evidence, and I urge people of all ages to share their views to announce a new 10-year mental health plan to keep the nation in positive mental well-being.

Funding of £ 10 million for the training of senior mental leaders includes a 3 million pounds in advance that was announced in February 2022.

Schools can find more information on how to register for a leading mental health training grant here.

The Office for the Improvement of Health and Disparities (OHID) provides videos created with 11-18-year-olds involving clinical experts and charities that address issues that affect the mental health of young people (such as the management of useless thoughts, bullying and sleep ) and patterns of self-care behavior. These videos are open to young people through social networks (such as Snapchat and Instagram) and through Improved health – every mind matters

OHID also offers 6-year lesson plans and key steps 3 and 4 to support the Relationship, Sex and Health curriculum, and to enable teachers to maintain student well-being. Teacher-written and peer-reviewed lesson plans feature films created with encourage student discussion, and are available through a special OHID website for teachers, School area.

To further support students and celebrate this year’s Mental Health Week on Loneliness, the Department of Digital Technology, Culture, Media and Sport in partnership with the Office of Improving Health and Disparity also encourages people to ‘lift someone out of Loneliness’.

We know that our youth suffer disproportionately from loneliness. Mental Health Information Week is an important moment for everyone to do their best to help, and this £ 10 million investment from the government will enable more students to access mental health in our schools.

Working from home is here to stay

More health professionals have been given the authority to certify the...