Newsheadlinesuk.com
Home United Kingdom How and when the Russians and the British learned about each other 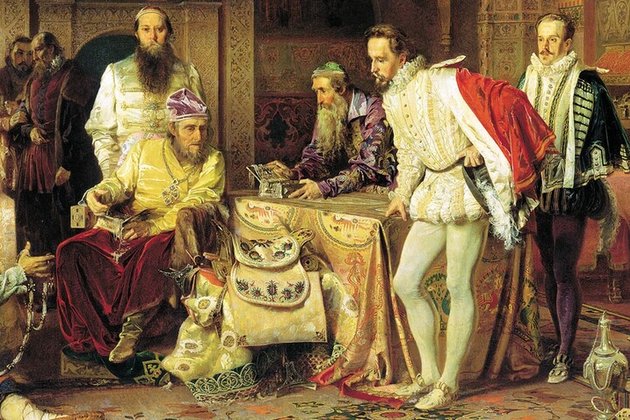 Britain and Russia have not always been rivals on the world stage. At first their relationship was quite close and cordial.

Russia’s meetings with the Foggy Albion were sporadic and short-lived. Around 1074, Smolensk Prince Vladimir Monomakh married Gita of Wessex, daughter of the last Anglo-Saxon King Harold II, but in the following centuries more such remarkable events did not occur.

Only in the 16th century did forces truly discover each other. In 1525, Russian envoys in Madrid, led by Prince Ivan Zasekin, stopped in London on their way to Spain, and 30 years later British sailors landed on Russian soil.

However, the purpose of the flotilla sent by King Edward VI to the Arctic Ocean in 1553 was not to discover that mysterious Muscovy. The British were looking here for an alternative route to India and China.

Richard Chancellor’s ship off the coast of Russia.

The expedition, however, failed. As a result of the storm, two ships found themselves on the coast of the deserted Kola Peninsula, where their crews made a fateful decision to wait for winter and soon died.

Much more fortunate were Captain Richard Chancellor’s ships “Edward Bonaventure”. August 24, 1553 dropped anchor at the mouth of the Northern Dvina near the Russian village of Nyanoks. The locals knew the Scandinavian sailors well, but saw the Englishman for the first time.

The foreigners, however, were warmly welcomed and sent to the voivode (voivode) Feofan Morozov in the village of Kholmagory, which at that time was the main outpost of Russia in the development of the North. He, in turn, organized a trip for them to the state capital.

“Moscow itself is very big,” the chancellor later said wrote in his notes: “I believe the city as a whole is bigger than London and its suburbs. But it is built very roughly and stands without any order. All the houses are wooden, which is very dangerous in terms of fire. There is a beautiful castle in Moscow, the high walls of which are brick. They say the walls are eighteen feet thick, but I don’t believe it, I don’t think so, but I don’t know for sure, because no foreigner is allowed to see them … “ 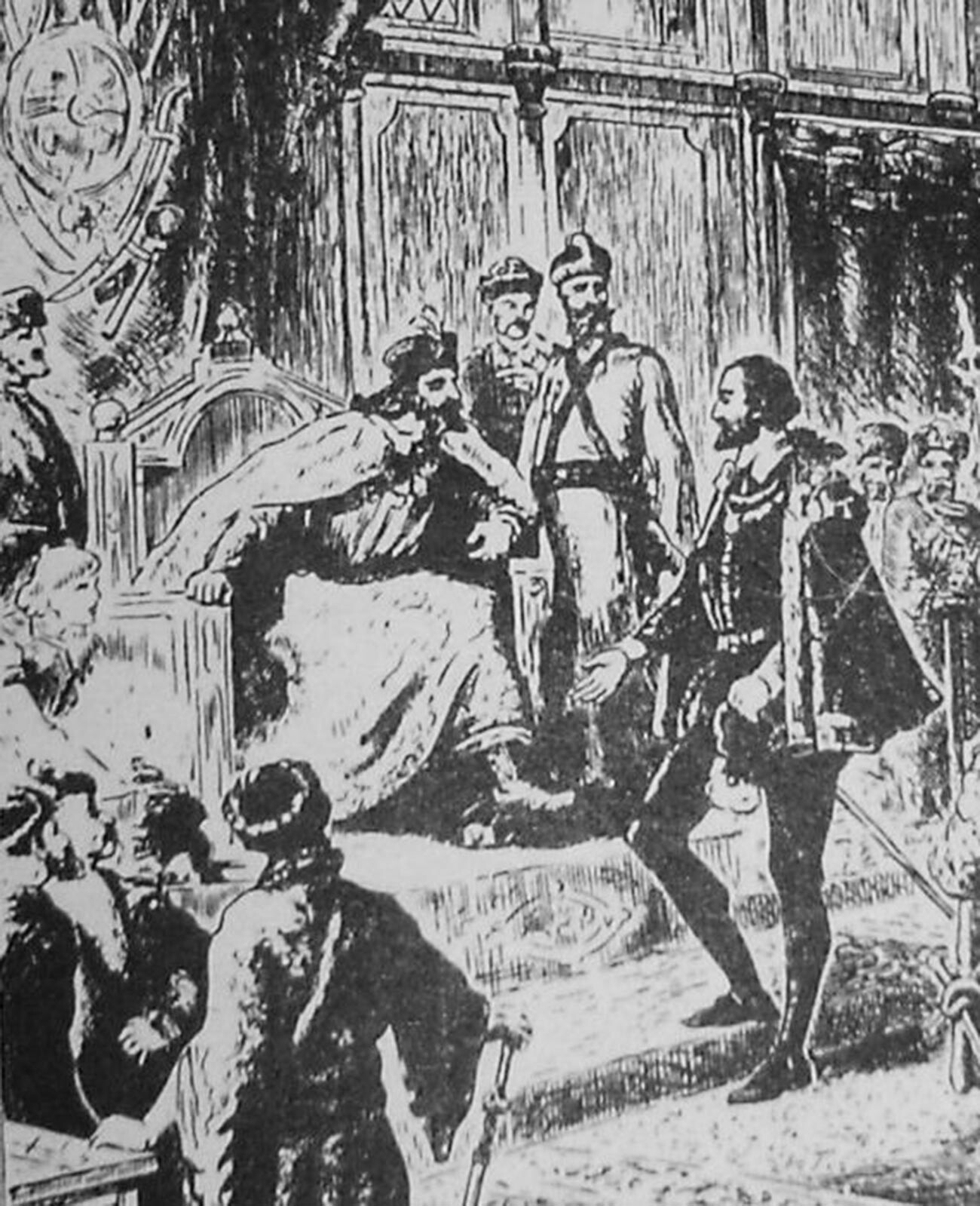 Richard Chancellor and Ivan the Terrible.

Overseas guests were welcomed by Tsar Ivan IV. Far England aroused great interest in him: both as a trading partner and as a possible political ally. As a result, it became the first Western European country with which Russia had a chance to establish strong economic cooperation.

The first and only

The establishment of diplomatic and economic contacts with Russia was also of interest to London, where the Chancellor returned the following year. To this end, in 1555 the “Moscow Company” was created, and the captain himself, who wrote a book “On the great and powerful tsar of Russia and the Grand Duke of Moscow”, was appointed tsarist envoy and sent back to the court of the Moscow sovereign.

Richard Chancellor arrived in northern Russia accompanied by Moscow Company agents George Killingworth and Richard Gray. The holds of his ships were full of various goods, from cloth to gunpowder to weapons. Russia could offer them wood, hemp, leather and fur. 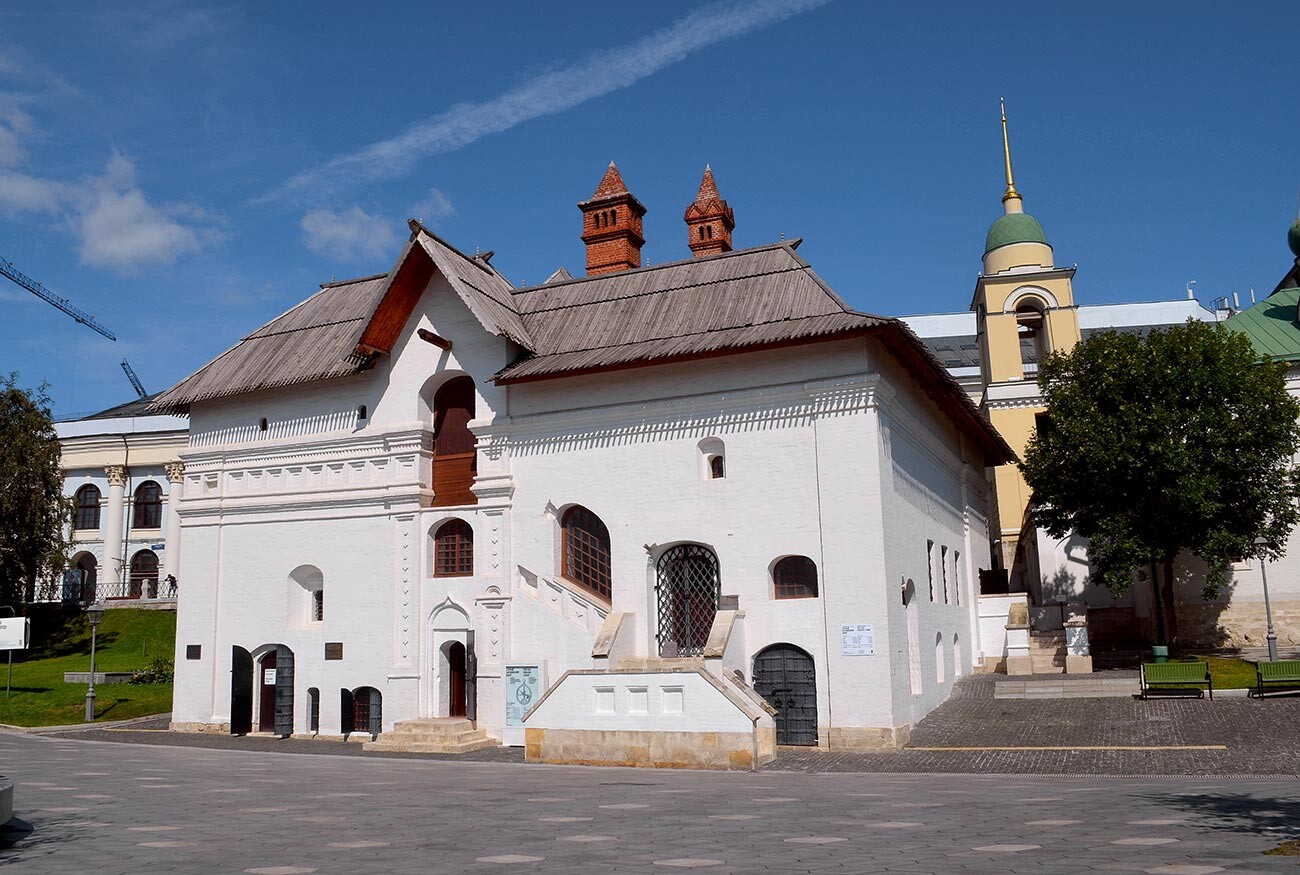 As last time, the meeting with Ivan IV was successful. The British were given the right to conduct duty-free trade in a number of northern Russian ports (there was no other “window to Europe” in Russia at the time). By order of the tsar in the capital soon opened a representative office of the Moscow Company (the building has survived to this day).

Russian merchants received the same privileges from the British. But they could not use them at all: at that time there was no merchant navy in Russia.

Unfortunately, the man who has done so much to develop bilateral relations between the two states has not seen the results of his work. On his return home in 1556 his ship was caught in a severe storm off the coast of Scotland and sank along with the captain. Interestingly, the royal envoy at the court of Mary Tudor deacon (scribe) Osip Nepeia miraculously survived and was successfully taken to London, where he was honorably received by the Queen. 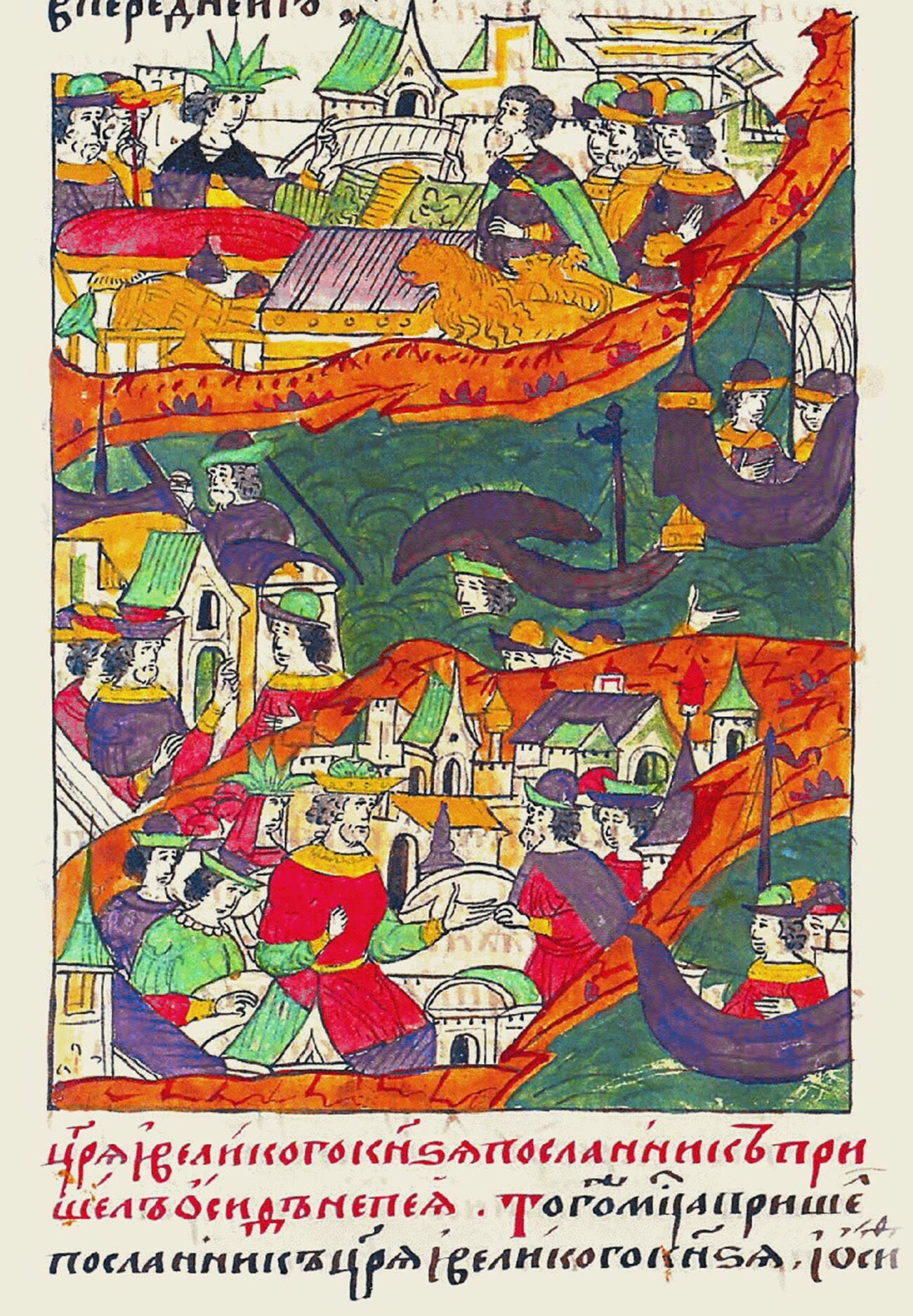 As the first Western European nation to break into Russia’s domestic market, the British for decades enjoyed the exclusive right to trade with the resource-rich state, expanding its network of offices in cities and even establishing transit routes for their goods through Russian soil to Western Asia.

England tried to keep this order for as long as possible. Only in the early 1580s did he have to move a little to his great displeasure – Dutch and French merchants were able to break into the domestic market of Russia.

Due to the current circumstances, our website and social media accounts are under threat of restriction or prohibition. So to keep up with our latest content, just do the following:

The forecast for the British economy is deteriorating