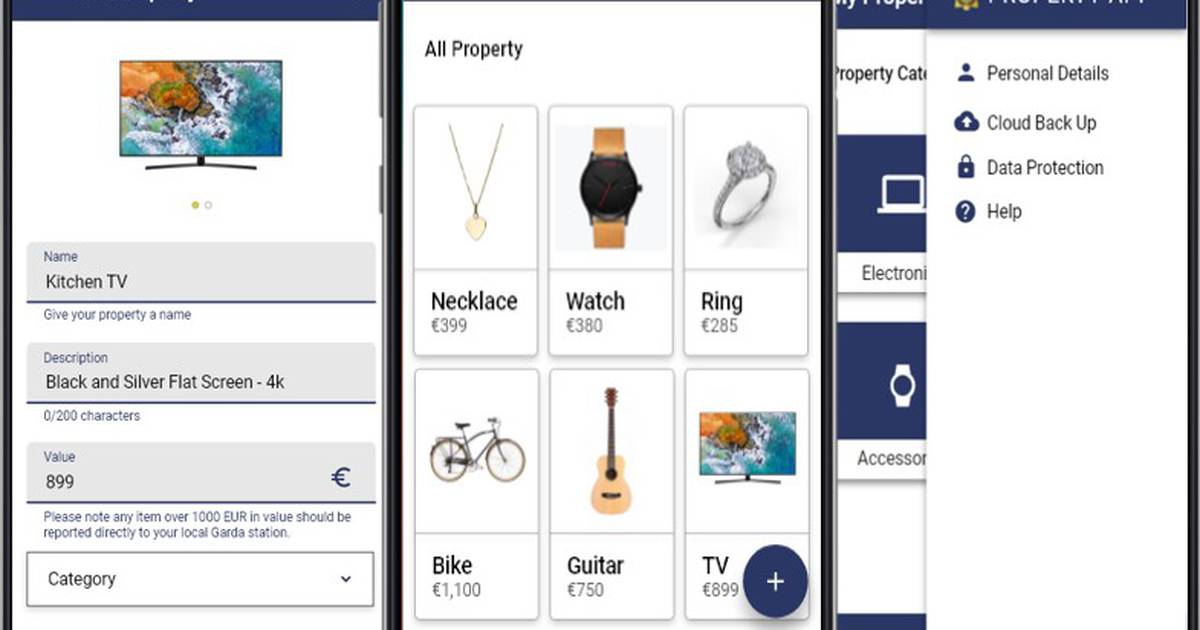 The Garda Síochána has launched a new app to make it easier to investigate and recover stolen property.

The app allows members of the public to index and record their personal property, including bicycles, laptops or farm machinery. The app will allow the public to take pictures, record receipts, store registration codes and take pictures of property markings. It was launched on Tuesday, the first day of the National Plowing Championships in Rathenisko, Ka Laos.

If a member of the public has had property stolen, they can also report the theft to the Garda via the app. The advantage of having all the records in the app is that the investigating agency will have access to detailed information about the stolen property, such as serial numbers, receipts and images of the stolen items, all of which will aid the investigation. If stolen property is found by a Garda, it is easier to return it to the rightful owner as long as the identifying information is preserved, the spokesman said.

The An Garda Síochána app can be downloaded at Google Play shop, St an apple store or through Garda site.

Any information entered into the app is stored locally on the device or backed up to the user’s cloud account, depending on the settings on the phone. No data will be held by the Garda Síochána, the spokesman added.

A record of barbarity and crime in Russia in the five...

An American judge has rejected Cristiano Ronaldo’s lawsuit for rape

ECB plans rate hike as Lagarde vows: ‘We’ll do what we...