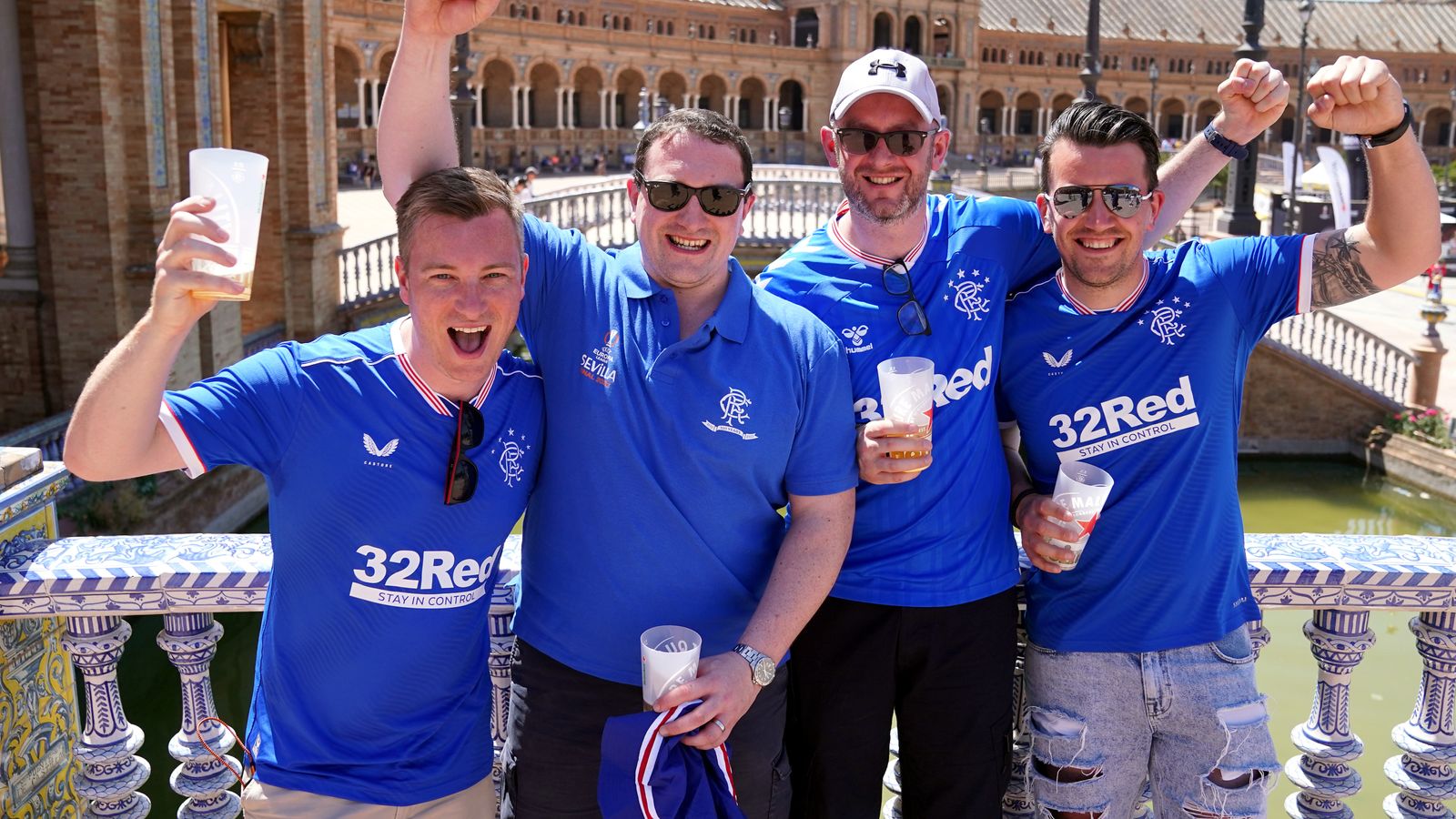 Thousands of Rangers fans arrived in Seville before what they call “the biggest game of our lives” when they meet Eintracht Frankfurt in today’s Europa League final.

The club from Glasgow is the first Scottish team to reach the final of a major European competition after Walter Smith’s team lost in the UEFA Cup 2-0 in 2008.

The Europa League final will take place just over ten years after the Rangers entered the administration, causing the club to be relegated to the third division of Scottish football.

About 100,000 Rangers fans are expected to reach the final in Spain.

The stadium “Estadio Ramon Sanchez-Pizjuan”, where the final will take place, has about 40,000 fans, so the city will open another stadium so that people without tickets can watch the game on big screens.

Rangers fans in Seville told Sky News sports correspondent Tom Parmenter that there was a “carnival atmosphere” before “the biggest game of our lives.”

Some fans have said that the fact that the Rangers have returned from a third flight in Scottish football to reach the top European final in about ten years, “makes it more special”.

Read more about the final of the Europa League Rangers 2022

Rangers and Eintracht Frankfurt have met only once before, when they played each other in the semifinals of the 1960 European Cup.

The Germans won, but in the final in front of 127,000 fans were beaten by Real Madrid at Hampden Park.

The only trophy previously won by the Rangers in Europe was the 1972 Cup Winners’ Cup.

Kate Middleton is elegant in a fuchsia frock at the Platinum Jubilee...

The real death toll from Covid in the world is “almost...

Meghan King reveals how surreal it was to have snipers protecting...