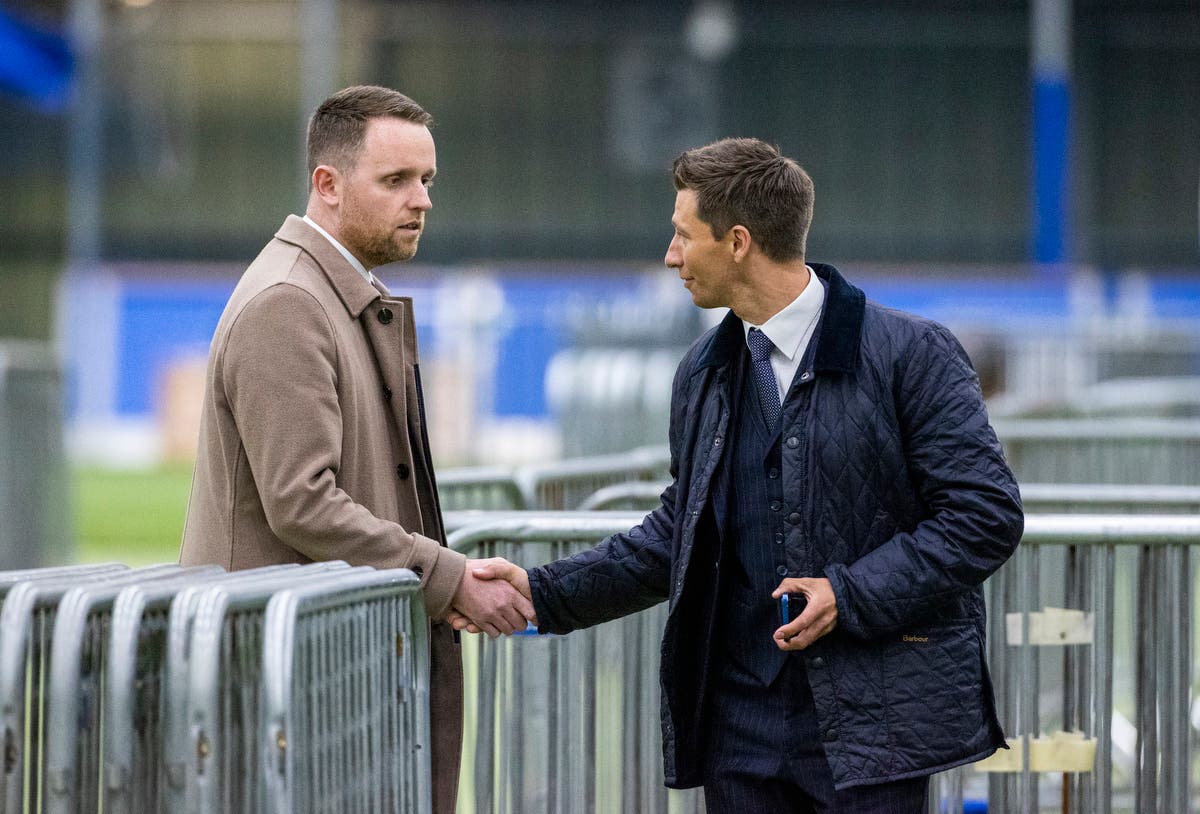 tavern Fein was celebrated on Saturday night when the other parties were trembling.

Mary Lou MacDonald and Michelle O’Neill, Sinn Fein’s leaders, could be safe knowing that the story was made.

Earlier at the Magerafelt counting center the couple was appreciated by fans when they arrived to win in Northern Ireland Elections to the Assembly.

DUP Leader Sir Jeffrey Donaldson and UUP leader Doug Beatty, by contrast, found themselves in a cold corner of the same room, leaning on the same candidate.

Candidates could be forgiven for neglect in Foyle constituency even before the vote count began.

Dark The days before the poll were dominated by forecasts of long and difficult counting of votes.

These fears, though not all predictions, came true when several candidates, several party leaders and a small number of supporters waited at the ever-colder counting center on Saturday night.

Candidates were dropped, votes were carried and coats were grabbed from the backs of chairs.

When staff across Northern Ireland headed home on Saturday night, work continued in a small corner of the Meadowbank sports arena.

Among those declining, there were rumors that the count might go on Sunday.

Later, he sat at the table and waited, like everyone else, until it was all over.

Mr Beatty, meanwhile, has been watching closely to see if Ryan McCready’s party delivers such much-needed good news after a fuzzy election.

The couple later shared jokes and stories at a table announced a few hours earlier by the Ulster Unionists.

Mr. Beatty managed to take a seat in Upper Benny earlier, contrary to all expectations. He hoped that Mr McCready, a former Royal Irish Regiment soldier and DUP adviser, could do the same in Foyle.

The SDLP found itself in perhaps the strangest position of all, as Mark H. Durkan was elected there hours earlier.

The decision to nominate three candidates, with former mayor Brian Tierney vying for the seat along with current MLA chief Shined McLaughlin, ultimately served only as an extension of an already lengthy count.

As early as Friday afternoon, the party acknowledged that the three seats in the constituency had proved too ambitious as Sinn Fein exceeded expectations to comfortably take two seats for Podreig Delargi and Ciaro Ferguson.

Ms. McLaughlin, speaking after her final election, said: “The election was held in a very difficult context.

“And you have to accept that people felt very, very nervous. The DUP called it. They set the context. It was very, very negative. “

“My heart is broken,” she said when asked about the party’s losses over the past two days.

“We need to sit back and regroup and reconsider how we can actually eliminate these losses.”

People Before Sean Harkin of Profit, who was looking for last place, came out with his team around 11pm, looking pleased with his performance despite the defeat.

“Our whole team was absolutely fantastic. And they kept going. And we are very, very energetic.

“No one is really down. We had a long campaign, we invested a lot in it. And, you know, we gave it all away. “

When Saturday turned into Sunday, the hall was still empty, and the focus was on the race between Middleton and McCready.

Both teams were spinning as the count continued to run amid lower temperatures.

Shortly before one o’clock in the morning Mr. McCready quickly shook Mr. Middleton’s hand and hurried out of the room.

This was soon followed by confirmation that Mr McCready agreed that he could not win, and eventually a gap of 96 votes was confirmed between the two candidates.

Alone on stage, with each new MLA in Foyle at home or in bed, he shared a message with a bunch of fans after a long and difficult election in the DUP.

“I’m glad I got a place for the unions in Foyle. Obviously it was a tough run.

“We always knew it was going to be hard.”

He said voters “want unionists to work together.”

“They want the unionists to put aside all the problems they had at night and stay behind the work we really want to ensure, and it’s the United Kingdom and it’s the Union.”

Ten years since the tragic deaths of PC Nicola Hughes and...