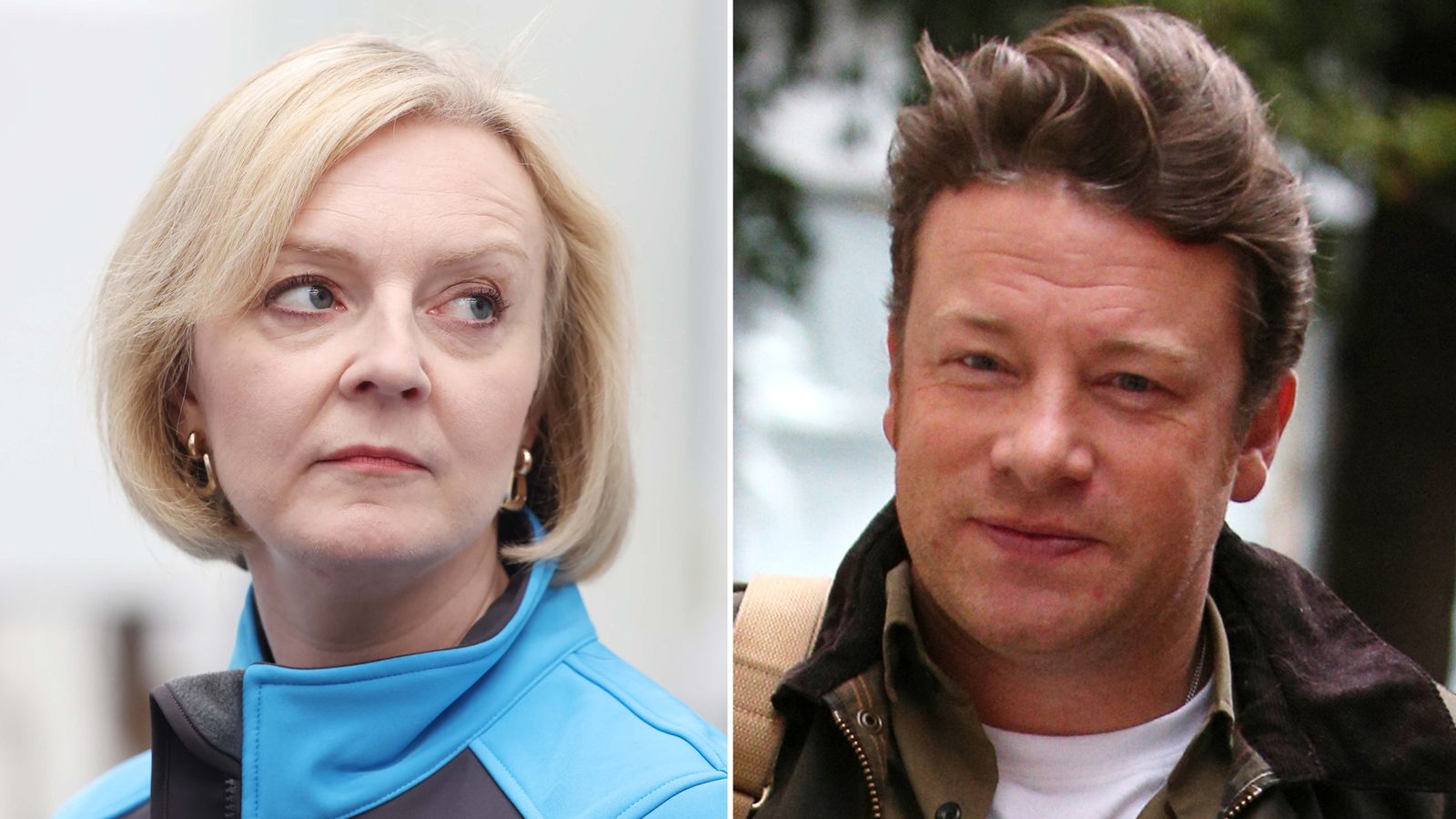 Jamie Oliver has denied being part of the so-called “anti-growth coalition” and called for the threshold for those eligible for free school meals to be widened.

A famous chef urged the government to expand the threshold of the right to participate free school mealssaying he believed it could improve the country’s finances amid ongoing economic turmoil.

Currently, children of parents who use Universal Credit and have an annual income of up to £7,400, or receive other benefits such as Jobseeker’s Allowance, are entitled to free school meals.

In England, all children in Reception Years 1 and 2 of state schools are entitled to free school meals regardless of the family income of their parents or carers.

While in Scotland, all children in any year from Reception to Year 5 in state schools also have access to free school meals without means testing.

“If they opened up the threshold of who would be allowed a free school lunch, that would also inject funds into the system, which would also really help to ensure a much better service in the 26,000 schools across the country,” Oliver told the BBC. Today’s Radio 4 programme.

During her keynote speech at the Conservative Party Conference in Birmingham last week Prime Minister Liz Truss accused those who are allegedly trying to hold back her growth agenda of being involved “coalition against growth”.

The Prime Minister said she “doesn’t care how many two-for-one deals you buy at the supermarket”.

Later, Downing Street did not rule out that including Oliver, who has long campaigned against cheap junk food and buy one get one free offers.

But Oliver said he was “absolutely not” part of the so-called anti-growth coalition.

I’ve spent my whole life not only working for over 20,000 people but also traveling the world saying how brilliant Britain is,” he said.

The celebrity chef continued: “The reality is that if you talk to the best minds in the economy, in the country, in the world, they will tell you that if you have healthier children, you will have a more productive, more profitable country, a better GDP For this, you need to think in terms of 10-20 years, not three-year cycles.”

Oliver suggested he was “ready to fight” to ditch junk food deals, despite having “no faith” Ms Truss would change her mind on the matter.

“We’ve been tracking her and her views for six or seven years, she won’t change,” he said.

Oliver added: “I think more importantly… if you can create an environment where every child has the opportunity to thrive at school, we know in every way, shape and form that children who eat a good lunch and breakfast do better are studying, the level of education is better… but no one is taking it seriously yet.” He also called for “the introduction of kindness” through the party, adding: “And I don’t know if they have it in them to show that kindness.”

In response to the chef’s comments about kindness, the prime minister’s official spokesman said: “This is a government that is taking action to protect people.”

On Oliver’s call for more access to free school meals, the spokesman added: “We do provide a significant number of families with free school meals. Obviously we need to make sure we strike the right balance.”

Fair.xyz secures seed investment of £3.72 million from investors including Eden...