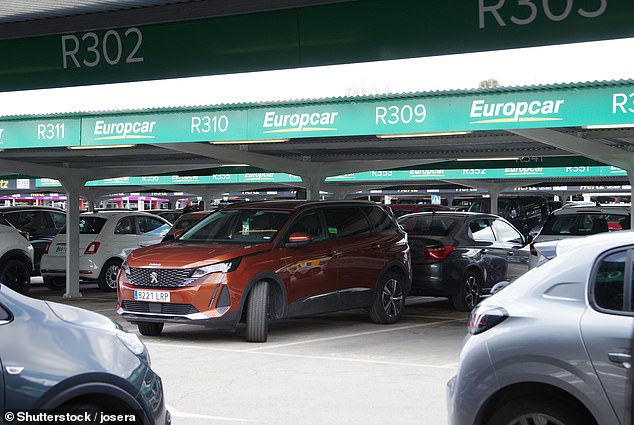 Travellers who may be planning their first summer holiday overseas for three years face paying twice as much for car rental than before the pandemic, This is Money can exclusively reveal.

To hire a medium-size hatchback in popular European holiday destinations for one week at the end of July costs an average of £675, which is double the price for seven days in 2019 (£339),

And the cost to hire a car in Britain this summer has also skyrocketed a staggering 190 per cent, according to figures provided exclusively to This is Money by iCarhireinsurance.

Industry experts said soaring prices are due to rental companies being ‘hit hardest by the global shortage in new vehicle supply’ and costs have increased to cover the ‘price inflation in the cars hire firms have been able to get their hands on’.

If you’re yet to book your car hire for this summer holiday, Booking.com has eight top tips to lower your vehicle rental costs.

Sky high: Travellers likely planning their first overseas summer holiday for three years face paying twice as much for car rental than before the pandemic

The cost comparison looked at the price of renting a medium-sized car suitable for a small family – a Volkswagen Golf, Ford Focus or similar – for a week during this year’s peak summer period from 30 July to 6 August.

The quoted prices were then compared to the same week (27 July to 3 August 2019) three years ago.

The biggest jump in costs was found for Geneva.

Of the six European hotspots reviewed – also including Faro, Nice, Milan and Munich – the smallest three-year spike in hire car costs was 70 per cent, which was still a £166 increase on 2019. 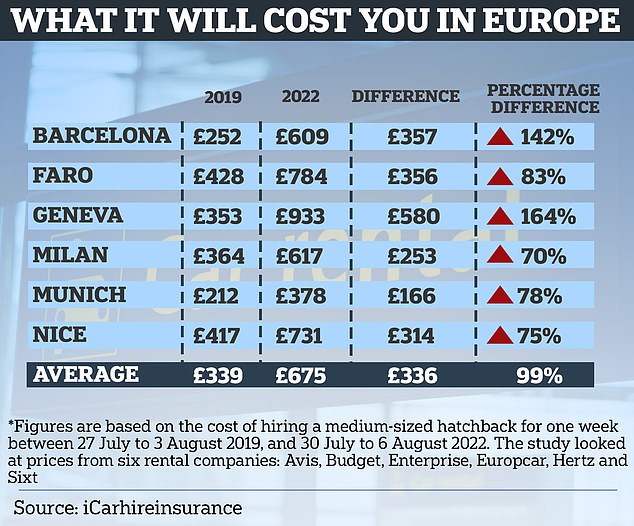 Driving the rising cost of car hire this summer is the combination of pent-up demand for travel and a lack of available vehicles.

The latter is a consequence of the semiconductor shortage that’s been crippling the car manufacturing sector for more than two years, forcing many vehicle makers to reduce their shift patterns and even pause assembly lines due to a shortfall of computer chips.

‘There are a number of additional factors at play this year,’ a spokesperson for the British Vehicle Rental and Leasing Association told This is Money.

‘The rental sector has been hit hardest by the global shortage in new vehicle supply and has seen significant price inflation in the cars it has been able to purchase.

‘The sector faces similar cost inflation to many other businesses and is also having to invest heavily in preparing for an increasingly electrified fleet.’

Ernesto Suarez, founder and chief executive of iCarhireinsurance, added: ‘Many rental fleets were depleted during the pandemic as demand dried up, and whilst rental companies are trying to build these back up, there is a worldwide shortage of new cars.’

We also contacted Europcar, one of the six major rental companies used for the analysis, for an official line on why its prices are going up.

A spokesperson told us: ‘Europcar is working closely with its manufacturer partners to secure fleet for 2022, but market conditions have changed enormously in the last 18 months or so and car rental is no different to other sectors linked to the travel and leisure industry, such as airlines, trains, hotels…, where prices reflect the tension between supply and demand.’ 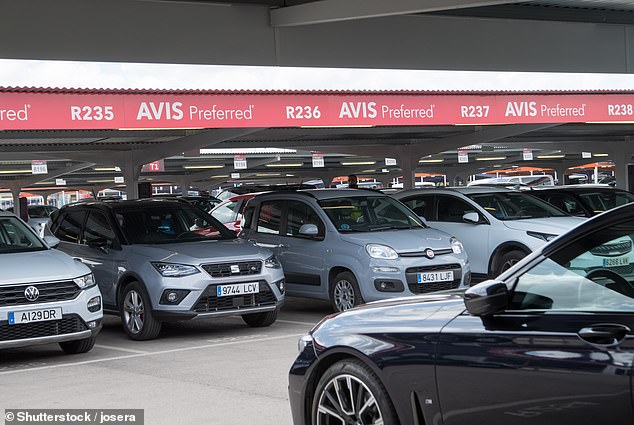 For those planning a trip to Barcelona, expect rental to be 140% pricier than pre-pandemic, with the 2019 average of £258 more than doubling to £609 for a week this summer

And the semiconductor supply crunch that’s pushing prices higher isn’t likely to be resolved anytime soon, according to bosses from the automotive sector.

While discussing the semiconductor problem last week on the Radio 4 Today programme, Duncan Tait, boss at global automotive retailer Inchcape, said: ‘Talking to our automotive production partners around the world, they were saying things would get back to normal from 2022 through to 2023.

‘The majority of our partners are now saying the shortage is likely to last into 2024.

‘And over the weekend I had an email in my inbox that says we may even need to think about 2025.’

This means holidaymakers can expect to face higher car hire costs for the next few years. 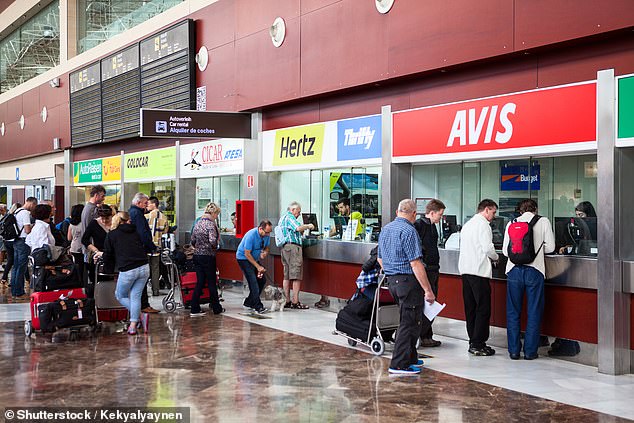 The study looked at prices for family cars from six rental firms – Avis, Budget, Enterprise, Europcar, Hertz and Sixt – in six popular European destinations this summer, comparing the costs to the same week in 2019

If you thought prices for car rental overseas had soared, the increase in the average cost to rent a motor in the UK will come as a big shock to you and anyone you know who is planning to travel here this summer.

We asked iCarhireinsurance to run the numbers for vehicle rental in three of the most-visited cities in the UK – London, Glasgow and Manchester.

To hire a family hatchback for just one week, the average price across all three cities was a monumental £818. That’s a 190 per cent increase (or a rise of £562) on two years ago when the average cost was just £282.

Manchester sees the biggest leap in rental charges, more than trebling with an increase from £215 in 2020 to £793 this summer. 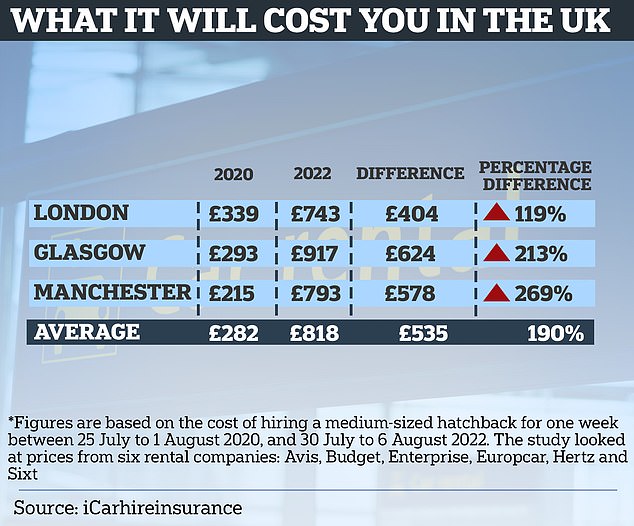 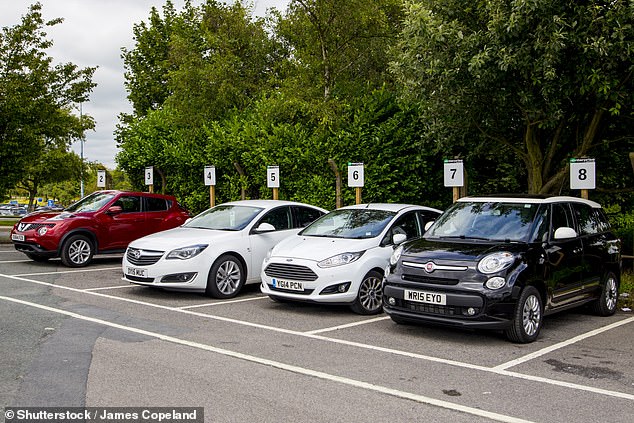 Hire costs in the UK this summer are 190% higher than in 2020: The average week rental at the end of July is a whopping £818, according to the analysis

And this rise in UK vehicle hire costs is set to impact more people than it would have done before the pandemic.

That’s because rental experts say that many Britons are still favouring holidaying in the UK over travelling abroad while Covid concerns linger.

Booking.com told us it has seen ‘a significant uptick in searches for car rental’, especially for July, August and September, which had been expected as travel restrictions have eased.

However, it claims to have seen a greater increase in demand for domestic car hire in the UK than what it is currently tracked for international destinations.

‘This is a reflection that staycations are here to stay,’ a spokesperson for the company told us.

They added: ‘Searches for domestic rentals peaks in July – the start of the UK summer holidays. Given the increased domestic demand, prices in the UK are currently rising faster than across the rest of Europe.’

Don’t forget the cost of extras you might need

It isn’t just the cost of renting a vehicle Britons need to take into account but also the extras purchased from the rental desk when travelling to Europe.

If you need a to add an extra driver to the rental agreement, that will be an average of £71. A sat-nav will set you back £95 and a child car seat £74, says iCarhireinsurance’s analysis.

For additional insurance cover from a comprehensive ‘Super Damage Waiver’, that’s an extra £146, while protection against theft is another £20 and cover for tyre and windscreen protection is an additional £42. 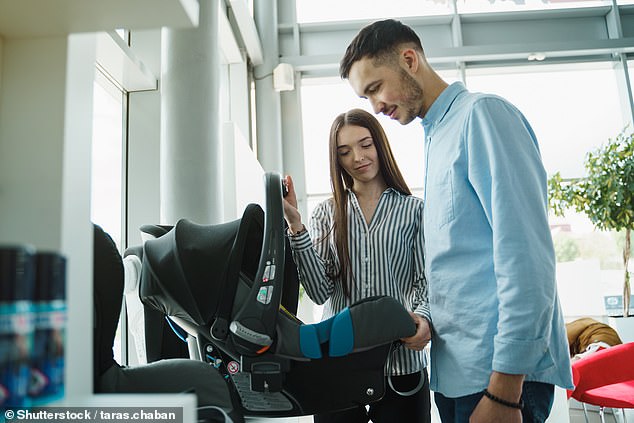 In total, these amount to a staggering £488 – and that’s on top of doubling vehicle hire costs.

However, this isn’t significantly inflated when compared to pre-pandemic prices. The insurance provider said the average price for extras in Europe in 2019 was £415, meaning a rise of 18 per cent.

In terms of the additional cover, iCarhireinsurance says its package is six times cheaper than the European rental desk average. It charges £35.48 for a week’s policy, which covers damage, theft, and tyres and windscreen cover. Annual European polices are from £44.99.

Booking.com’s eight top tips to save money when renting a car

1. Book well in advance: This is especially the case if you want to get the lowest price for peak travel periods like the summer holidays but is also the most likely way of guaranteeing the car you want.

2. Get your timing right: Car hire companies rent out their vehicles in 24-hour booking slots, so timing the collection and drop-off time to coincide will be to your advantage. While it might mean turning up to the airport an hour or two earlier than planned, it could save you a full day’s cost.

Also, be mindful that all rental firms charge late fees if you drop off the vehicle after the pre-agreed time.

3. Check the fuel policy: The most common fuel policy is ‘full to full’, which means you pick the car up with a full tank and return it with a full tank. This is usually the cheapest option as you only pay for the fuel you use. If you don’t brim the car before you take it back, expect to be billed inflated petrol or diesel costs for this mistake.

But drivers also need to check their policy document for ‘full to empty’ policies, where you don’t have to refill the tank. This can work out more expensive because they may charge service fees on top of the fuel price.

4. Size IS everything: Choose a smallest car type that you need, not the one you might want. ‘Think practically and go for functional over fancy – that sporty soft-top might look the part, but is it really worth paying extra for?,’ says Booking.com.

And if you plan to cover a lot of miles, remember a smaller car is more likely to be easy on fuel costs than a larger model with a bigger engine.

5. Can one driver take the brunt behind the wheel? When you go on holiday, you ideally don’t want to have to take on all the driving duties. But adding an extra driver can really push up the price of car hire, particularly if they’re under 25.

‘If you definitely want to share the driving, look out for special ‘free additional driver’ offers which can make a big difference to the cost,’ says Booking.com. 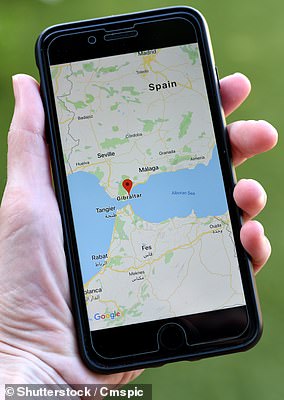 6. Not got a sat-nav? Use GPS onto your phone: If you don’t have your own sat-nav and want to avoid rental fees, you can use Google Maps to help navigate your holiday. If you don’t want to be stung with roaming charges, download free maps before you travel to avoid data charges.

7. Is it cheaper to rent or transport a child car seat? Renting a car seat means you won’t have to carry your own through an airport and pay the additional luggage fees.  However, rental companies charge a daily fee, so work out the cost of having one for the duration of your trip and compare it to the extra-luggage charges.

Some airlines will allow you to take some baby equipment free of charge, so inquire before travelling.

8. Don’t get stung by unforeseen insurance costs: If you’ve hired a car before, you will know full well the hard-sell scenario for insurance at the rental desk.

‘Most deals come up with basic cover (which limits your liability), but if your rental car gets stolen or damaged, the hire company will charge you an excess, which could be as much as £3,000,’ explains Booking.com.

‘Only the bodywork is usually covered by the basic cover, so you could be faced with a bill for thousands if something else gets damaged.’

If you want extra cover you can buy it when you book the car or use an independent firm for excess insurance online – both will be less expensive that buying it at the counter on the day.

SAVE MONEY ON MOTORING

Navy SEAL Rob O’Neillan on why the rest of the world...

Pearson was supported by the demand for English language courses