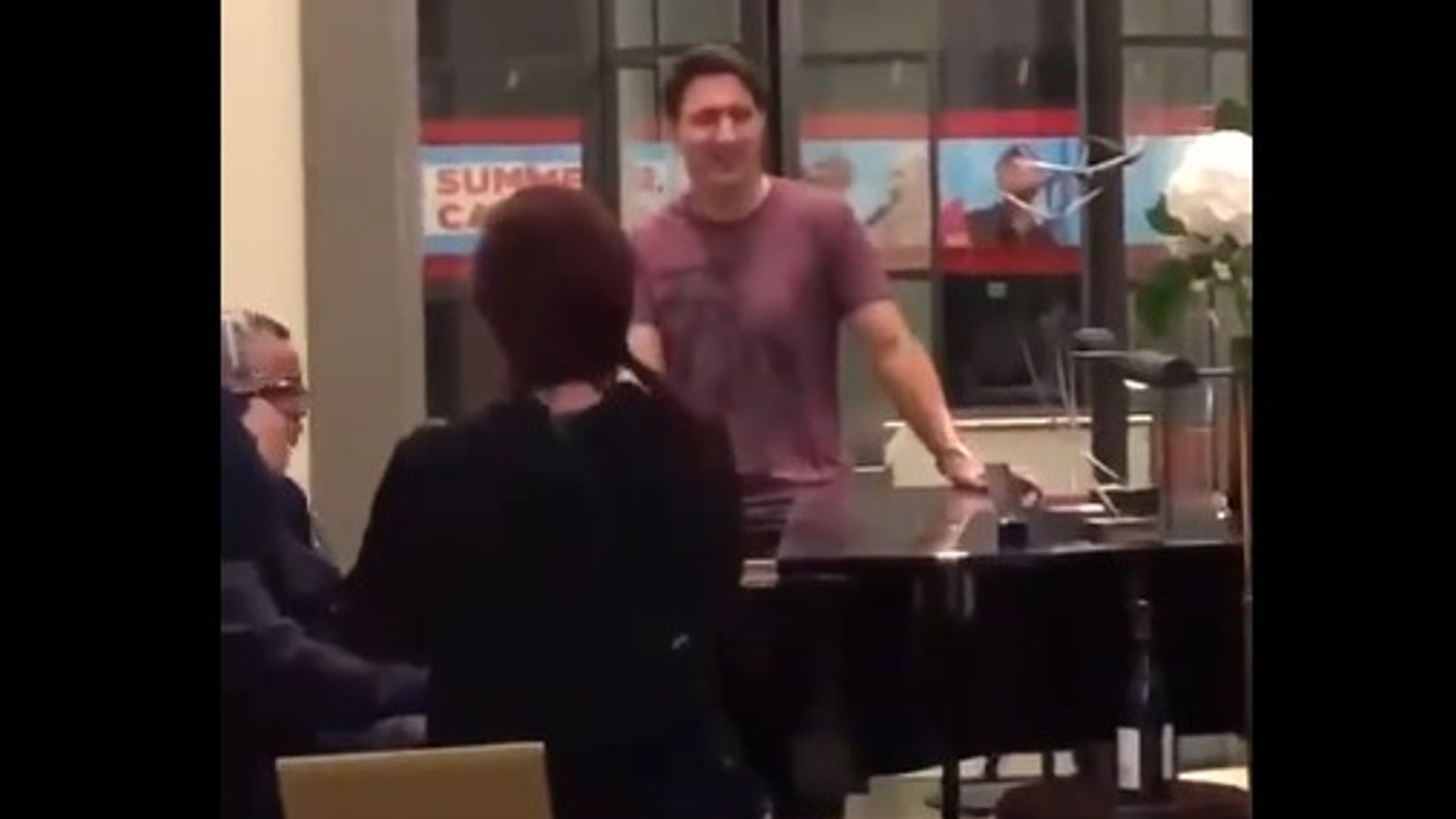 Canadian Prime Minister Justin Trudeau’s office confirmed the leader had taken part in a piano recital at a London hotel two days before the Queen’s funeral.

The video circulating on social media was allegedly taken at the Corinthia Hotel, near Westminster Abbey, where the Canadian delegation was staying before Her Majesty’s funeral on Monday.

Mr Trudeau can be seen in a t-shirt leaning against a piano as Gregory Charles, a musician from Montreal, Quebec and recipient of the Order of Canada, plays Bohemian Rhapsody.

Mr. Charles is described on his website as “a versatile artist and piano prodigy who never misses an opportunity to share his love of music.”

He told the Canadian newspaper The Globe and Mail about this that around the official events related to QueenTheir delegation also “found moments of joy and celebration.”

He described the proceedings as a Caribbean funeral, “combining somber moments of respect with those who celebrate life and share stories,” and said that late Saturday night he sat at the piano in the hotel lobby and “entertained people … including The Prime Minister and the guests of the hotel.”

“Everyone sang with me for two hours,” he said. “It was a feeling, it was a lot of fun.”

Read more:
King Charles flies to Scotland a day after his mother’s funeral
Pictured: members of the royal family and foreign dignitaries together at the Queen’s funeral

The Toronto Star reported that he said of the moment: “I didn’t see the video, but I and a small group of Canadians managed to spend a few wonderful minutes with the Prime Minister late Saturday.

“And there was a piano in the lobby, and I played some British tunes as a spontaneous tribute.”

A spokesman for the Prime Minister’s Office confirmed to Sky News that “after dinner on Saturday” Mr Trudeau joined “a small meeting with members of the Canadian delegation… to pay tribute to Her Majesty’s life and service”.

“Gregory Charles, a well-known Quebec musician and recipient of the Order of Canada, played the piano in the hotel lobby, prompting some members of the delegation, including the Prime Minister, to join in.

“Over the past 10 days, the Prime Minister has taken part in various events to pay his respects to the Queen.”

Some Twitter users found this moment tasteless, others found it joyful.

One said: “That’s right @JustinTrudeau. So proud of you for being a person with joy and camaraderie.”

How can I force my friend to sell the home we...

WHO issues new warning about monkeypox

When the Russians make pirate movies, they download videos of me

Early estimates and five matches to watch in Week 1