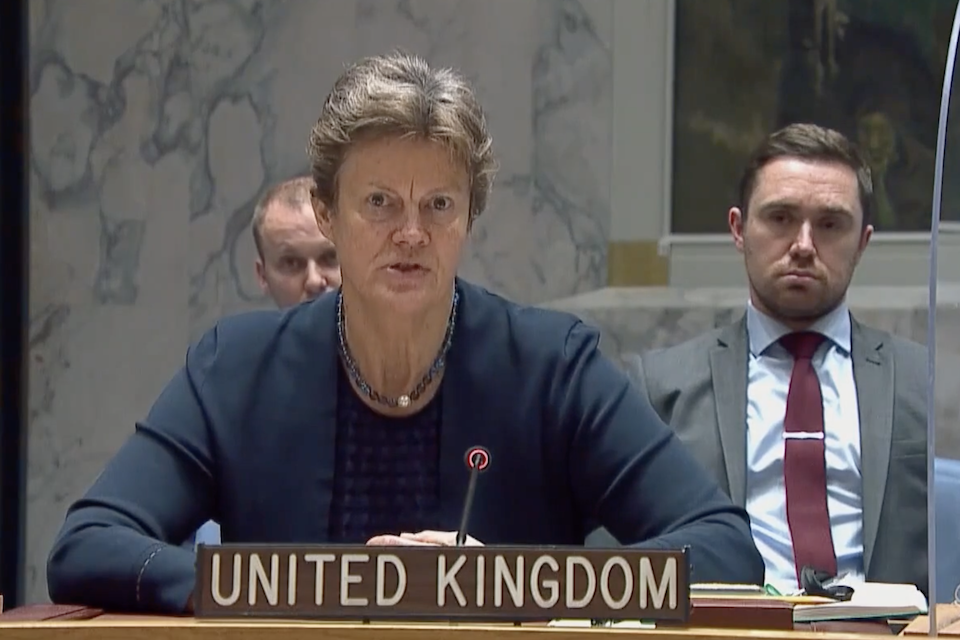 Thank you, President, and I join in thanking others for convening today’s debate. And I also thank our briefings for their very insightful comments.

For the fifth year in a row, Yemen is facing a catastrophic level of food security.

Refugees across the Sahel are suffering from rising violence and limited humanitarian access.

And in the Horn of Africa, especially in Ethiopia and Somalia, millions of people affected by the conflict are also struggling with the worst drought in 40 years.

Russia ignored these sufferings, deciding to invade Ukraine, the breadbasket of the world.

Ukrainian exports of food and fertilizers have fed up to 400 million people worldwide.

And now a critical part of the global food supply chain is being stopped by Russia.

Worldwide, 13 million hungry children are already living on acute – 2 million of them are now starving this year.

As our Minister explained yesterday, the UK fully supports the US-led Global Food Security Roadmap and the Global Alliance launched under the German chairmanship of the G7.

We have food and resources to help the most vulnerable, but we need to act now.

First, the international community must allow the free movement of food.

Together with more than 50 WTO members, the UK is committed to keeping food and agricultural markets open, predictable and transparent.

All WTO members must ban restrictions on the export of food purchased for the World Food Program.

Secondly, it is very important that we strengthen global resilience to prevent future risks of famine.

As we set out in the UK’s International Development Strategy, which we launched this week, the UK will support the most vulnerable countries with more than $ 3.5 billion in humanitarian aid over the next three years.

British International Investment – the UK’s financial institution for development – will increase high-quality and sustainable investment, including in the food and agricultural sectors.

And the World Bank must quickly implement its plans to strengthen the fragile economy, allocating $ 170 billion over the next 15 months.

Finally, actors on the ground must carry out their responsibilities in accordance with international humanitarian law. We will continue to hold accountable those who use starvation as a weapon of war.

The UK is in solidarity with vulnerable countries and will play its part.

Now Russia must play in its own way: stop the conflict and the global turmoil it inflicts on the world’s poorest.

Five of the most brutal, but entertaining knockout victories

Nearly 10% of people in North America have contracted the deadly...

The government has ordered to “leave the rear” and stop the...

‘What is wrongly perceived as a sign of intelligence?’ –...