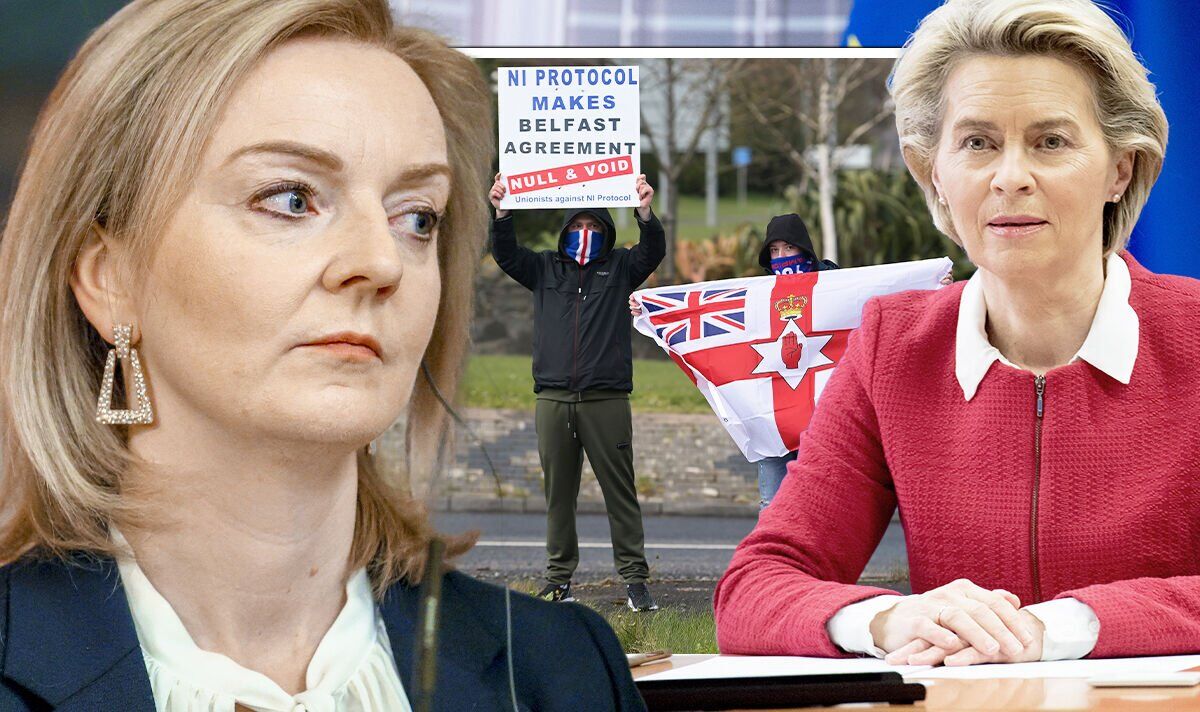 Prime Minister Boris Johnson “never intended” to respect the trade agreement of the Northern Ireland Protocol, which he signed with the EU in 2019, according to the Wiener Zeitung. The daily also reports that MEPs believe relations with the UK have reached a “low point”.

In an article published on Wednesday, May 18, the Wiener Zeitung said: “[T]The British leadership now risks a full confrontation with the EU. “

The head of the SPÖ delegation to the EU Parliament, Andreas Schieder, is quoted as saying that the presentation of the bill amending the protocol is a transparent negotiating strategy of the British government.

He said, “With that, [the British Government] wants to raise the price of negotiations and put pressure on the EU. “

Mr Schieder continued: “It is difficult to understand that the agreement was negotiated and signed by the same British government, which is now trying to undermine parts of the agreement.”

Anna Cavazini, a spokeswoman for the German Green Party on trade policy, was quoted as saying that the EU should not threaten itself under any circumstances, describing exactly what Mr Johnson intended with the “declared provocation”.

The UK plans to introduce legislation repealing parts of the protocol, said on Tuesday by Foreign Minister Liz Trass, which will neither violate international law nor immediately.

EU Ambassador to the UK Joao Vale de Almeida warned on Thursday that “action requires a reaction” if Britain unilaterally terminates part of the agreement.

Vice President of the European Commission Marash Shefkovich has been invited to London for further talks.

Despite EU warnings about unilateral action, the new law will change parts of the protocol that actually created a customs border in the Irish Sea.

A spokesman for the prime minister said the foreign minister had made it clear that the measures currently under consideration would not solve the problems on the ground in Northern Ireland.

He added: “We remain committed to trying to reach a settlement through negotiations.”

Mr Johnson agreed to the 2019 protocol to allow Britain to leave the EU single market and customs union without reintroducing border controls between the Republic of Ireland and Northern Ireland, an important part of the 1998 Good Friday peace agreement, which ended 30 years of violence.

The DUP is currently blocking the restoration of Stormont’s power-sharing institutions in protest of the trade deal.

Welcoming Ms. Rabbit’s announcement on Tuesday, the DUP said it would not immediately lift its boycott of the separation of powers.

He said he would instead take a “gradual and cautious” approach to re-interacting with the transferred institutions depending on the progress of legislation.

DUP leader Sir Jeffrey Donaldson said the party needed reassurances regarding the removal of the trade border with the Irish Sea in the form of action, not words.

The Prime Minister of Ireland Michael Martin is scheduled to hold talks with political leaders in Belfast on Friday, May 20, amid a continuing stalemate in Stormant over the protocol.

Meanwhile, House Speaker Nancy Pelosi said the US Congress would not support a free trade agreement with the UK if the government maintained “deeply concerned” plans to unilaterally reject the “protocol”.

The congresswoman said: “I am deeply concerned that the United Kingdom is now seeking to unilaterally abandon the Northern Ireland Protocol.

“Treaty agreements, such as the Protocol, maintain the important progress and stability provided by the Good Friday Agreements, which continue to enjoy strong bipartisan and bicameral support in the United States Congress.

“As I stated in my conversations with the Prime Minister, the Secretary of State and the House of Commons, if the United Kingdom decides to undermine the Good Friday agreement, Congress cannot and will not support a bilateral free trade agreement with the United Kingdom.

“Respecting the will of the British people and Brexit, I call for constructive, cooperative and conscientious negotiations to implement an agreement that supports peace.”

With additional report by Monica Palenberg

Lauren Goodger and Charles Drury ‘overwhelmed’ by messages of support after...

Ukraine: Europe’s largest nuclear power plant “got out of control”