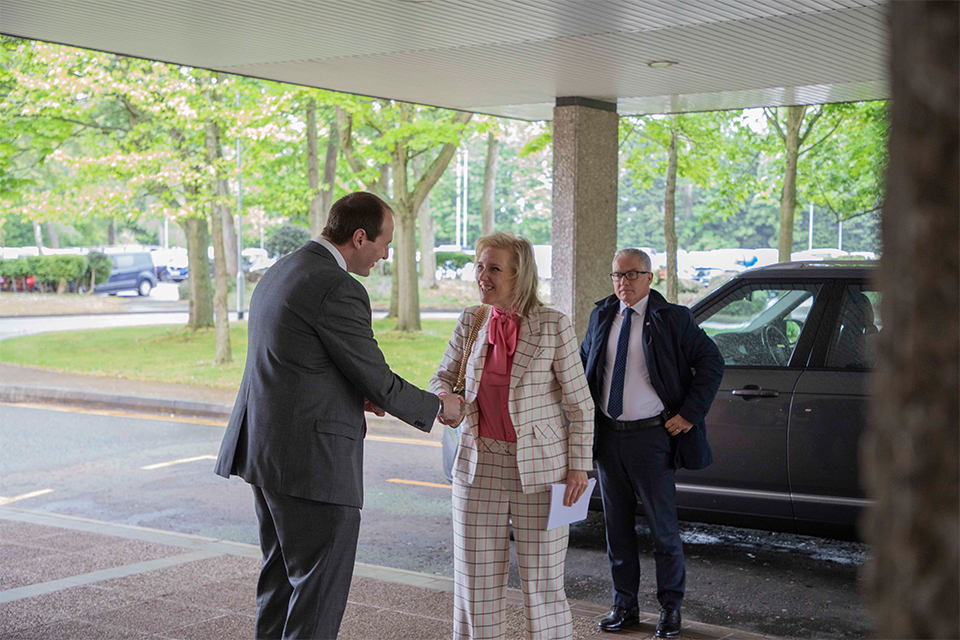 Her Royal Highness Princess Astrid of Belgium has revealed how fusion energy can play a key role in combating climate change following a tour of the world’s leading UK Atomic Energy Authority research center in Oxford.

Representative of His Majesty the King, the Princess today was able to experience the rare close-up of the Joint European Torus (JET), the largest and most powerful operating fusion power machine in the world.

The tour was organized as part of the Belgian Economic Mission, the first of its kind since Brexit and the pandemic, and stressed the importance of fusion energy to ensure environmentally responsible future energy supplies.

Jan Chapman, Director General of UKAEA, said: “We were honored to discuss the benefits of fusion energy with Her Royal Highness and the delegation of the Belgian Economic Mission. Belgium is an important partner in the global mission to build commercial fusion energy and to provide the world with access to safe, sustainable and low-carbon energy. “

Belgium is part of the EUROfusion consortium, which is conducting experiments using JET at the world’s leading research institute Kalham UKAEA.

Sarah Marady, interim head of EUROfusion’s fusion science department, said: “It’s nice to see growing interest in fusion in my country. Belgium is currently contributing to the EUROfusion program both in general and in the field of ion cyclotron resonance heating in JET and Wendelstein 7-X in ERM / KMS, as well as materials research at SCK CEN ”.

Breakthrough research conducted at UKAEA with partners around the world presents enormous opportunities for the economy.

The UK energy industry invests £ 13 billion annually, providing almost £ 30 billion in gross value added in addition to almost £ 100 billion in economic activity through supply chains and synergies with other sectors. It supports more than 700,000 jobs nationwide.

Belgium ranks high in the UK’s foreign trade partner. In 2021, it was the seventh largest customer of goods in the UK in the world and the sixth largest supplier of goods. Belgium’s economic mission aims to increase Belgian exports to the UK, with the HRC offering its support.

Molly-Mae Hague reveals she waited to tell Tommy Fury about her...

The cost of car insurance is rising in another blow to...