Newsheadlinesuk.com
Home United Kingdom About 500 doctors are joining the BJP ahead of the Gujarat election 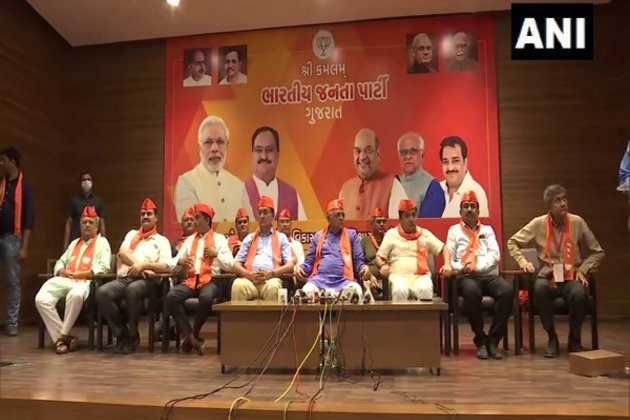 Gandhinagar (Gujarat) [India]May 8 (ANI): The Bharatiya Janata Party has ruled Gujarat for almost three decades, and on Sunday the BJP received a huge boost ahead of the Assembly elections as about 500 doctors joined the party.

About 500 doctors joined the BJP in the presence of Chief Minister Bhupendra Patel and party leader KR Paatil in Gandhinagar.

Gujarat assembly elections are scheduled for later this year.

The Bharatiya Janata Party (BJP), in preparation for polls in the Gujarat Assembly, asked party workers to work continuously for the next six months after May 4 without a break.

After winning four of the five states in a recent poll in the Assembly, BJP workers were asked to prepare for the next major election in Gujarat.

“We want our party cadres to be energized, and this is one of the reasons why we decided that May 1, as a holiday, decided not to hold any programs from May 1 to 4. This will be the only break that party workers will anticipate the election battle in Gujarat, “Paatil told ANI. “, – added Patil.

The state has already entered the election regime, and Prime Minister Narendra Modi has already blown up a poll in the state, making two visits in the last two months and many more in the coming months.

In addition to the visits of Prime Minister Modi, there were visits to the staff of the Union Minister of the Interior Amit Shah, who is also an elected member of parliament from Gandhinagar.

Gujarat was a bastion of the BJP, and now the party is seeking its sixth term.

Prime Minister Narendra Modi has been Gujarat’s longest-serving chief minister for 21 years. Last September, the BJP adopted a full strategy of transformation, and Bhupendra Patel replaced Vijay Rupani as chief minister along with a complete transformation of the cabinet.

In the last election to the Gujarat Assembly, of the 182 members, the BJP won 99 seats with 49% of the vote, while the Congress won 77 seats with 41.4% of the vote. However, in the last four and a half years, Congress has left more than a dozen MLAs. (ANI)

Chevening supports a Mexican woman in the advancement of technology

E-Stablecoin “can transmit electricity without wires”

Can Check-a-website prevent you from falling victim to fake websites?