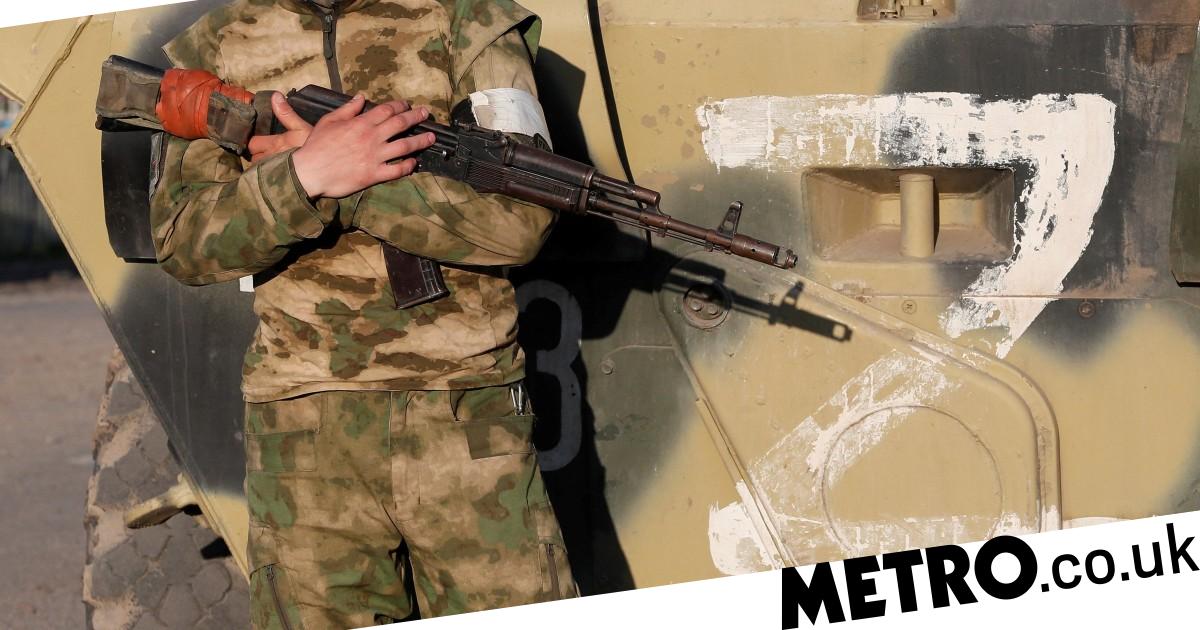 A one-year-old boy died after being raped by two Russian servicemen, Ukraine claims.

Terrible reports came from the Kharkiv region since the invaders were repulsed for a week.

Russian troops in the wider city, as well as in surrounding towns and villages, were forced to “regroup” after Ukraine regained control.

They left behind a trail of devastation, including allegations of rape and sexual assault.

The Ministry of Defense of Ukraine said yesterday on Twitter: “Today, in just one hour, 10 reports of rape by [Russian] occupiers, including 8 children, were received from the newly liberated villages of the Kharkiv region.

“Yesterday there were 56 reports.

“Among the children: two 10-year-old boys and a 1-year-old boy who died from their injuries.”

The Commissioner of the Verkhovna Rada of Ukraine for Human Rights Lyudmila Denisova said that the new report describes in detail the crimes.

Ms. Denisova said: “I appeal to the UN Commission to Investigate Human Rights Violations during the Russian military invasion of Ukraine to take into account these facts of genocide of the Ukrainian people.”

She added that in just one hour on Thursday, her office received 10 reports of sexual assault.

The claims have not been verified, but it is assumed that the incidents could have taken place in Kharkiv.

Statements about rape and sexual violence were supported by Ukrainian journalist Iryna Matviishyn.

In her report on the conflict, she wrote about other alleged atrocities, such as the rape of three nine-year-old triplets in front of their mother.

On Friday, she tweeted: “This is a very small part of the territory that has been liberated from the Russians, compared to those towns, villages and towns that are still under occupation.

“We can only imagine how many such atrocities took place in Kherson, Melitopol, Mariupol, Berdyansk and others.”

A Russian serviceman was arrested elsewhere allegedly raped a child, and a 14-year-old girl who was raped by five men in Bucha is now pregnant.

Since Vladimir Putin’s invasion on February 24, there have been many reports of similar atrocities across Ukraine.

Experts told Metro.co.uk about these rapes are not “accidental individual opportunistic actions” but part of Russia’s “strategy of terror to instill fear.”

Sergeant Vadim Shishimarin, 21, was accused of shooting an unarmed civilian with a Kalashnikov assault rifle through an open car window.

He faces life imprisonment under the section of the Criminal Code of Ukraine concerning the laws and customs of war.

In his address last night, Mr. Zielenski described plans for a “multilateral agreement”. to ensure that Russia pays “compensation” for the destruction inflicted on Ukraine.

He said: “We are working to compensate Russia for everything it has destroyed in Ukraine.

The House Committee on January 6 is preparing more hearings for...