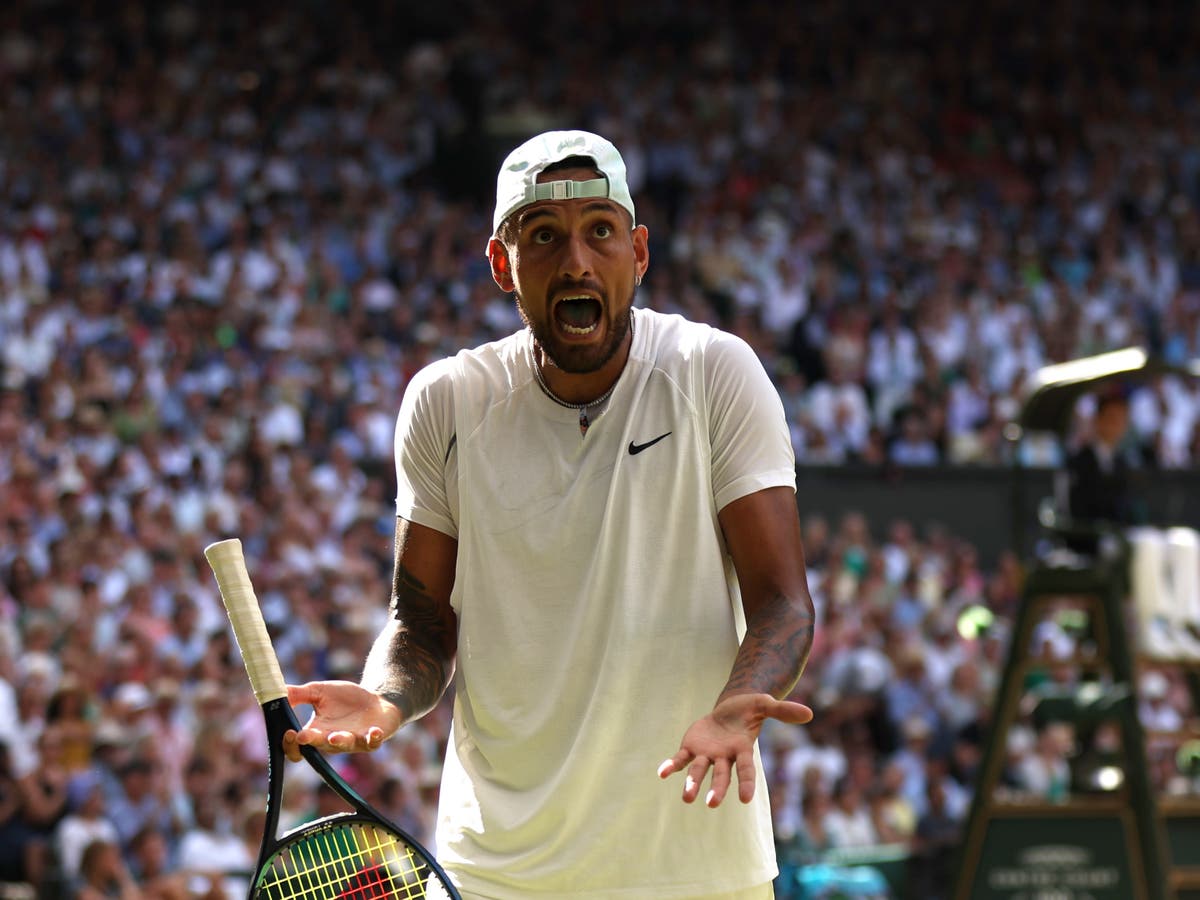 A fan accused of Nick Kyrgios drink “700 drinks” during Wimbledon the men’s final said she had “only good intentions.”

Kyrgios won the first set but became frustrated as the match slipped away from him, with the 27-year-old exposing his box and the umpire throughout the match. In a moment that caught the attention of many spectators, Kyrgios called on the referee to eject the fan who was distracting him.

“She’s drunk out of her mind in the front row,” Kyrgios told the official. “The one who looks like she’s had about 700 drinks bro talks to me every time!”

32-year-old Anya Palyus said The sun that she was the spectator in question and claimed she “wanted to support” Kyrgios.

“He always says the crowd is against him and I wanted to show that we are for him, I wanted to cheer him on,” said the Polish lawyer, who was briefly removed from the stands before later being allowed back in.

“Maybe I went too far… but I only had good intentions.

“I only had one Pimm’s and one Rose. This is the temperature for me, I didn’t have a hat. I am very sorry.”

Kyrgios was due to meet Rafael Nadal in the semi-finals on Friday, but the Spaniard withdrew before the match citing injury. As such, Kyrgios’ first Grand Slam semi-final failed to materialize and the Australian advanced through the draw.

Djokovic’s win was his fourth straight at Wimbledon and moved the Serb ahead of Roger Federer on the all-time Slam winning list. Djokovic’s 21 major trophies are one ahead of the Swiss and one behind Nadal, whose 22 Slams are an unbeaten record.

Djokovic, 35, may not be able to compete for another major trophy until next May at the French Open. Current travel rules will prevent unvaccinated Serbs from playing in the US Open this fall or the Australian Open next January.

An investigation is underway after a man was found injured on...

Family of Brit missing in Bali in latest appeal as official...

Plans for Camilla to be crowned with coronet containing 105-carat Koh-i-Noor...

Plans for a petrol station and drive-thru in Gosforth have been...