Newsheadlinesuk.com
Home United Kingdom ‘We want her to get to safety’ – distraught family hopes to... 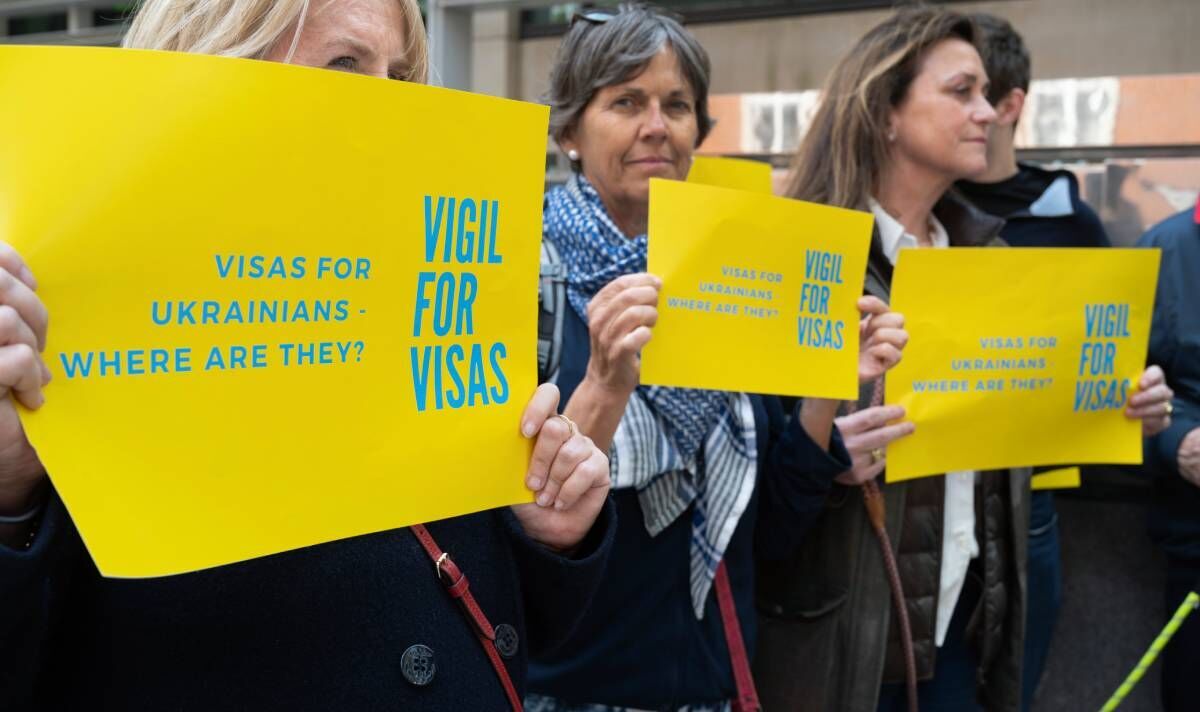 She used to live with the Kilgours. But when they offered to give her a safe home after the war started, they were met with “layer upon layer of bureaucracy”. In her fight to get her to safety, priest Jenny Kilgour contacted her council, the Ukrainian embassy in London, a number of government departments, 65 MPs, lawyers, refugee charities and Richard Harrington, the refugee minister.

Her granddaughters — 15-year-old Sophia and 12-year-old Elisia — also helped. Reverend Kilgour said: “Every time we meet one set of government criteria, another pops up. Her family must feel that Britain just doesn’t want her here. We just want to get her to safety.”

The priest has already hosted Victoria under a number of exchange schemes. But despite these close ties, the teenager was unable to obtain a visa because she was classified as an “unaccompanied minor”.

Last month, the government ruled that Ukrainian children could enter the UK without parents or guardians as part of the Homes for Ukraine programme. Earlier, the entrance was blocked by thousands of young people, including Victoria.

She was backed by Sheffield South East MP Clive Betts, who chairs the cross-party committee looking into Ukraine’s visa programme.

Mr Betts’ office confirmed last week that Exeter-based Rev Kilgour could expect a decision on Victoria’s visa approval tomorrow – provided she was prepared to look after her for up to three years when she was granted a visa.

“If she gets her visa tomorrow, that will be wonderful,” Reverend Kilgour said.

“Parents would put her on the plane right away – but if there are problems with the flight, we will go to Ukraine and take her.”

“We did everything that was asked of us. We are happy for her to stay as long as she needs and will do everything we can to keep her safe.”

“I post daily to Wiki about normal things like family and the weather. But it’s heartbreaking to hear a 17-year-old girl talking about air raid sirens at the same time as an exam.”

“The tension must be terrible. I think about Sophia and Elysia here and I just want to hold Vicky.”

“Not knowing whether a bomb will destroy your home and family must take a daily toll on a young woman’s mental health.”

Shadow Home Secretary Yvette Cooper said: “There have been too many cases where Ukrainian teenagers have been unable to go to safety because UK rules are too restrictive. We need a system to help parents who cannot leave Ukraine themselves, but who desperately want to get their children safely with friends or relatives.’

Herta’s debut in F1 is now a decision of the FIA...

The cost of repairing ‘crumbling’ NHS hospitals has soared to a...

A venture fund owned by Cobham is launching a flurry of...