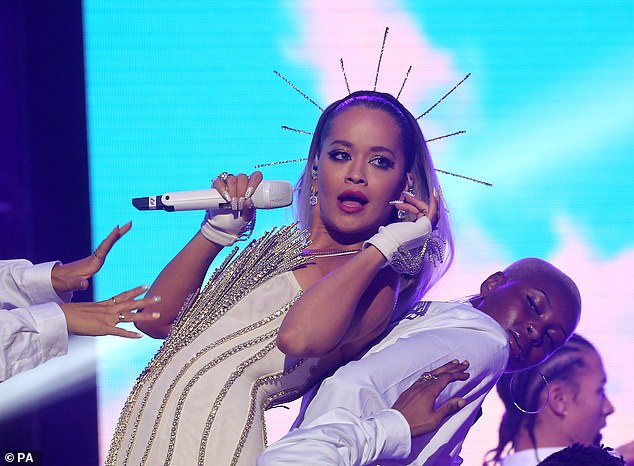 The British arm of Warner Music Group paid a hefty £44m dividend to its US company last year after a string of hits led to a sharp rise in profits.

Demand could also increase this year after Covid restrictions were lifted and stars such as Rita Ora were able to stage live concerts.

Main star: Singer Rita Ora is one of Warner’s most popular artists

Warner, which is the world’s third-largest record label behind Universal Music and Sony, has opened for artists including Led Zeppelin and Aretha Franklin.

It is also a major publishing force with rights to music by artists including David Bowie, Madonna and Iron Maiden.

It emerged last month that longtime chief executive Steve Cooper plans to step down next year. The 75-year-old has held the role since 2011 and has overseen the company, which was valued at £11 billion via the Nasdaq exchange in June 2020.

Cooper insisted that music streaming – Warner’s biggest source of revenue – remains robust despite a slump in demand for video streaming services such as Netflix.

Digital revenues account for about two-thirds of the parent company’s total sales.

Rage Against The Machine cancel UK tour – replaced by The...

Red Bull, Alpine are not giving up on the Herta saga

9 of the funniest and most brutal comebacks of the week

Dev Patel started a fight in which a man was stabbed...