Newsheadlinesuk.com
Home World War in Ukraine: at least 15 killed as a result of a... 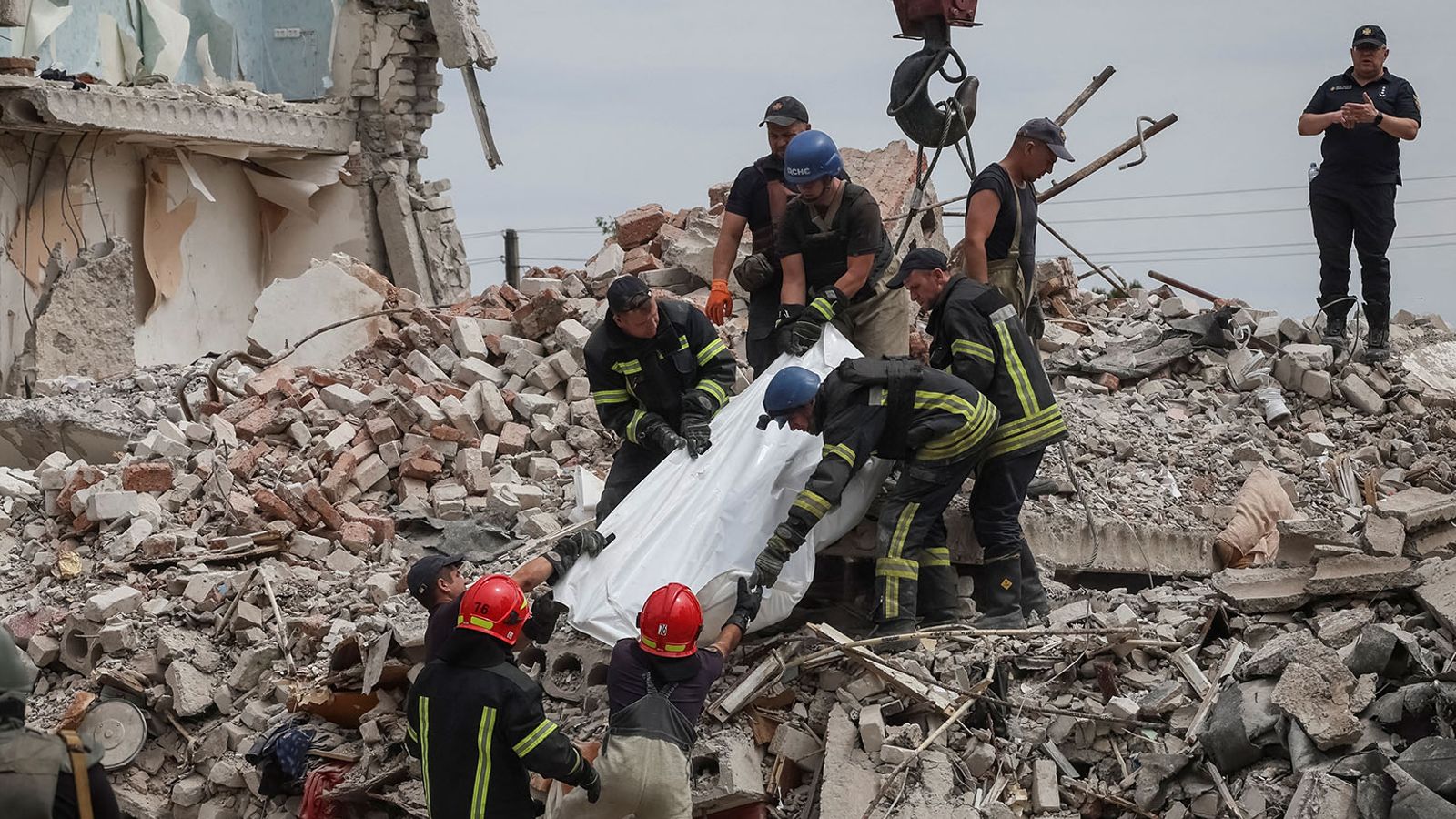 At least 15 people were killed when Russian missiles destroyed a residential building in a city in eastern Ukraine.

The governor of the Donetsk region, Pavel Kirylenko, said that more than 20 people could be under the rubble of a five-story building in the city of Chasau Yar.

Saturday night’s rocket fire was the latest in a recent series of attacks on civilian structures with high casualties.

Pictures from the scene show emergency services using tractors and other equipment to search for debris.

Mr. Kirilenko said the town of about 12,000 people was hit by Uragan missiles mounted on and fired from trucks.

The town of Chasiv Yar is about 20 km southeast of Kramatorsk, a town expected to be a major target for Russian forces as they move west.

Russia has repeatedly stated that in the war it strikes only at objects of military importance.

In late June, at least 19 people were killed when a Russian missile hit a shopping center in the city of Kramianchug, and 21 people were killed in a rocket attack on a residential building and recreation area in southern Odesa Oblast this month.

Donetsk Oblast is one of two oblasts, along with Luhansk, that make up the Donbas region, where separatists have been fighting Ukrainian forces since 2014.

Last week, Russia captured the city of Lisichansk, the last major stronghold of the Ukrainian resistance in Luhansk.

After the capture of Lisichansk, some analysts predicted that Moscow’s forces would need some time to rearm and regroup.

While Russia and Ukraine blame each other for the deaths of civilians in the Donbass, Moscow has voted to continue fighting in the region.

Read more:
The Ukrainian taxi driver was beaten, stunned and kept in a forest pit
Vladimir Putin’s warning that Russia has barely begun its actions

Russia’s ambassador to Great Britain said that his country is unlikely to leave the southern coast of Ukraine.

Andrey Kelin stated: “We will liberate the entire Donbass.

“Of course, it is difficult to predict the withdrawal of our forces from the southern part of Ukraine, because we have already felt that after the withdrawal, provocations begin, all people are shot and so on.”

Should criminal lawyers be allowed to strike?

Markets rise as businesses clamor for an end to uncertainty under...

Foreign investors may have to pour money into Heathrow