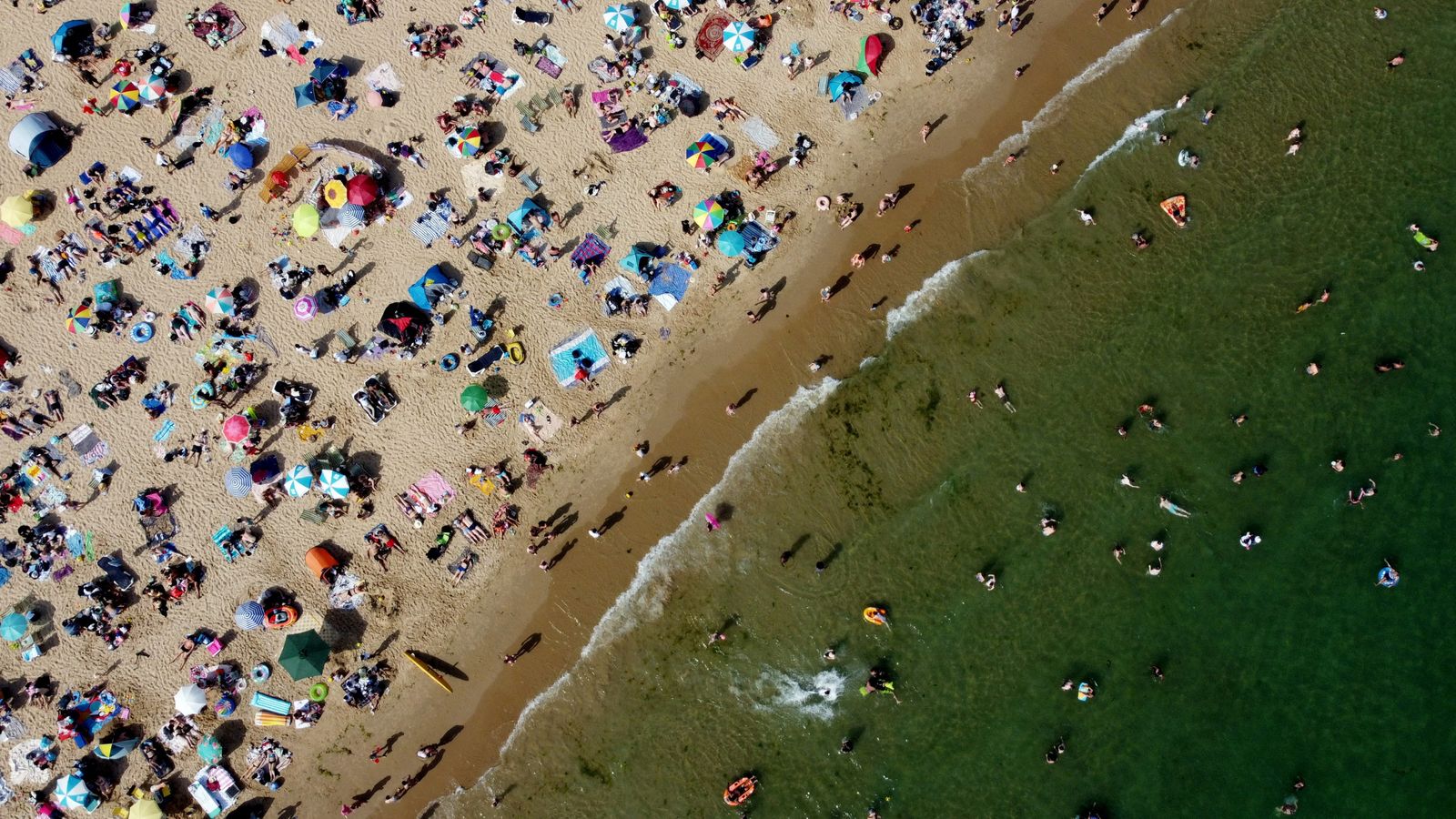 Parents are being warned to limit their children’s exposure to the sun as the heatwave in parts of the UK could see temperatures rise above 30C (86F).

A health alert has been issued for most of the country and mercury levels will remain “stable high” for the next week.

One computer model shows the temperature potentially reaching as high as 40C (104F) in mid-July – although forecasters are cautious about this.

Parents and carers are being urged to keep children out of the sun for long periods of time – and to “make sure they are covered in high factor sunscreen”.

UKHSA and the Met Office have issued a Level 3 alert for East Anglia, the South East and London with highs of 32C (89F) forecast. A Level 2 alert has been issued for the South West, East Midlands, West Midlands, North West and Yorkshire and the Humber regions.

A Level 2 warning is issued when there is a “high probability” of the forecasted conditions, while a Level 3 means there is a “90% probability”. The alerts will be in effect from 9 a.m. Monday through 9 a.m. Friday.

Sheffield Children’s Hospital has appealed to people to “keep your children safe” during the coming heat wave.

“The first sign that a child is overheated is when they become grumpy or complain of a headache,” the NHS Foundation Trust wrote on Twitter.

“Take them to a shaded area that will be as cool as possible. Remove any clothing, give them water to drink and let them rest,” the post added.

The UKHSA advises people to drink plenty of fluids and avoid excess alcohol over the next week.

Exercising during the hottest part of the day should be avoided – and people should watch out for vulnerable populations and the elderly, who are particularly vulnerable to the heat.

He said: “Health temperature warnings are now in place across much of the country and temperatures will remain consistently high throughout next week.

“Most of us can enjoy the hot weather, but it’s important to stay hydrated and find shade where possible when UV rays are at their strongest, between 11am and 3pm.

“If you have vulnerable family members, friends and neighbors, make sure they know how they can protect themselves from the warm weather.”

Meteorologist Annie Shuttleworth said: “We are at the start of a potentially relatively long period of warm weather for much of the UK, away from the far north west where it is likely to be a bit cooler and cloudier.”

The hottest day of the year was during the last heatwave on June 17, when temperatures reached 32.7C (90F).

Ms Shuttleworth added that temperatures in London and the South East will be “closer” to this year’s high early next week.

Parts of Scotland and Northern Ireland will also see pleasant weather, with Aberdeenshire and Fife likely to see temperatures close to 27C or 28C, while Northern Ireland is expected to reach 25C (77F).

Read more:
Find out the latest forecast for your area

Hot summer days will also lead to hot and “sticky” nights. Ms Shuttleworth urged Britons to “keep curtains closed during the day, especially if you have a south-facing bedroom” and to “continue ventilation around your house”.

The warm weather looks set to settle in for some time to come, according to the Met Office’s forecast. The average July temperature is around 20C (68F).

How to respectfully get off your tits tonight

Drivers in Sussex have been given advice on how to avoid...

Robert Pattinson is set to curate a Sotheby’s auction in New...