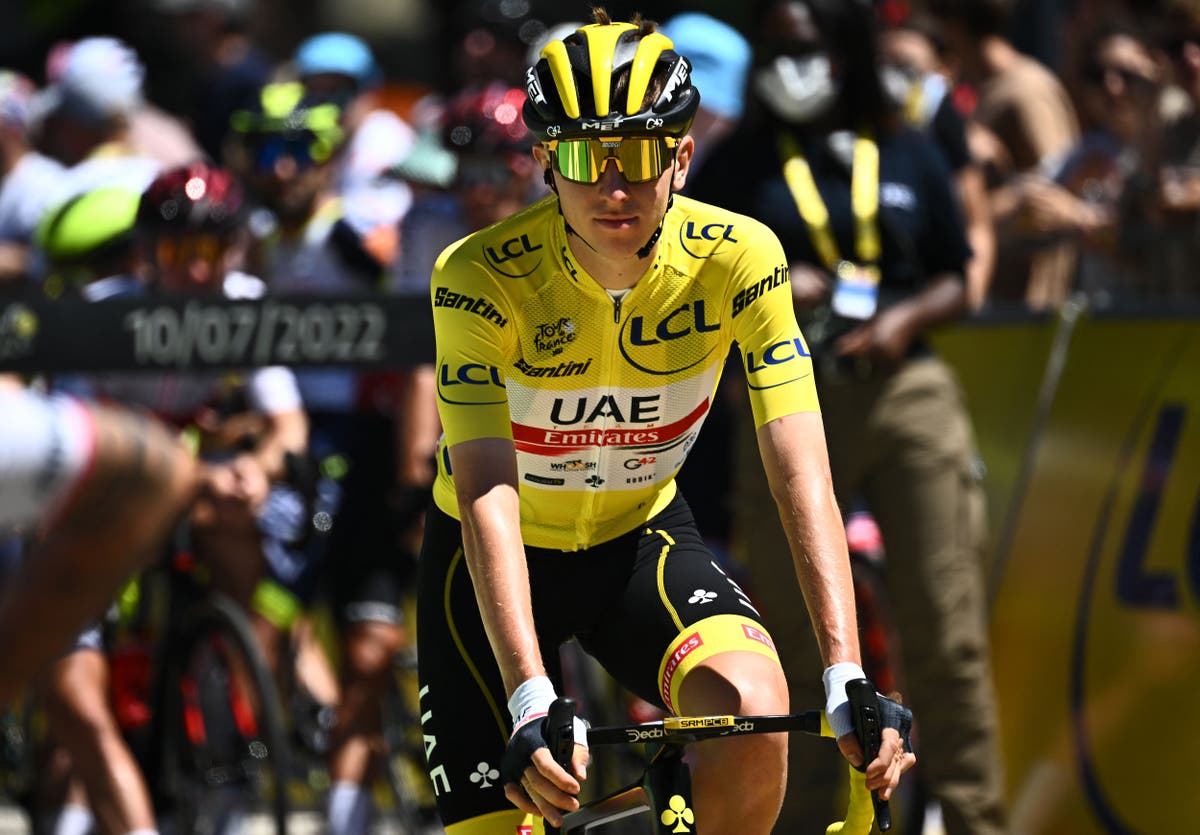 in Belgium Vout van Ert won at the eighth stage of Tour de France on Saturday in a hilly 186.3 kilometer trip from Dole to Lausanne. Jumbo-Visma rider prevailed in reduced lineup sprint at the top of Côte du Stade Olympique, effort of 4.8 km with an average gradient of 4.6%. Thaddeus Pagakar retained the overall leader’s yellow jersey by finishing third, gaining a bonus of four seconds in the process.

Sunday’s ninth stage is a 192.9km mountain trek from Aigle in Switzerland to Chatelet in France. This is the last ride before the rest day on Monday and could turn into another important day for the riders in the general classification. Most of the route is through Switzerland, starting with a direct category four climb (Côte de Bellevue) that offers the opportunity to form an early breakaway for those brave enough to attack it.

Follow all the news of stage 9 of the Tour de France:

Côtes de Bellevue is a 4.3km climb and the leading riders have reached it. It’s a steady 4% gradient, with an even distribution of the peloton behind the group of four riders at the front.

Israel-PremierTech’s Michael Woods was the victim of an earlier crash, with a torn jersey and a nasty bruise starting to show on his back.

Elsewhere, Caleb Ewan was forced to stop with a flat tyre.

With 164km to go, the trailing riders are rejoining the peloton.

There was no breakaway because the pace is fast. Riders approaching the Côte de Bellevue now reach 53 km/h. During this first climb, some of the stronger riders began to push their way to the front.

There is an early crash as the peloton heads over the roundabout with about 22km to go. Michael Woods, Tony Gallopin, Chris Hamilton and Tisz Benut all hit the concrete but look fine to continue.

As long as no one has escaped, the ascent of the first category is fast approaching.

Mads Pedersen returns to the peloton just after the 18-kilometer mark.

Ahead is Vevey, hometown of Pascal Richard, who was the 1996 Olympic road race champion and won two stages of the Tour de France (in 1989 and 1996).

After 15 km of the race, the peloton is drawn across the road. Mads Pedersen tries to build a gap and fly forward on his own.

The peloton has yet to let the leaders go, but Pedersen has opened up a lead of seven to eight seconds.

The opening 30km is the flattest part of today’s stage before a successive climb through the mountains. This means that weaker climbers will insist on an early gap to secure the lead before they reach the hills.

Ben O’Connor has already broken away from the peloton and is hoping that the breakaway will start to set the pace of the rest of the pack.

5km into the stage and many riders are trying to break away from the peloton. Separate groups have formed and the pace is quite decent.

The leaders are bombing it at around 50km/h, with the average racing speed touching 40km/h.

There is a group of about 10 riders who tried to start a breakaway, among them Thibault Pinault, Bauke Molema and Ian Tratney.

Gilbert may have dropped to the front of the peloton.

Riders have to contend with headwinds as they reach the Départ Réel and begin Stage 9 proper. Today you have to climb 3,700 meters, which is the most in one day of the tour.

Will Apple’s operations team be able to handle this new crisis?

Databarracks Research Shows Cyber ​​Attacks Are Now the #1 Cause of...

The wind is blowing in the wake of renewable energy sources:...

Jennifer Lopez shared a photo from her wedding with Ben Affleck