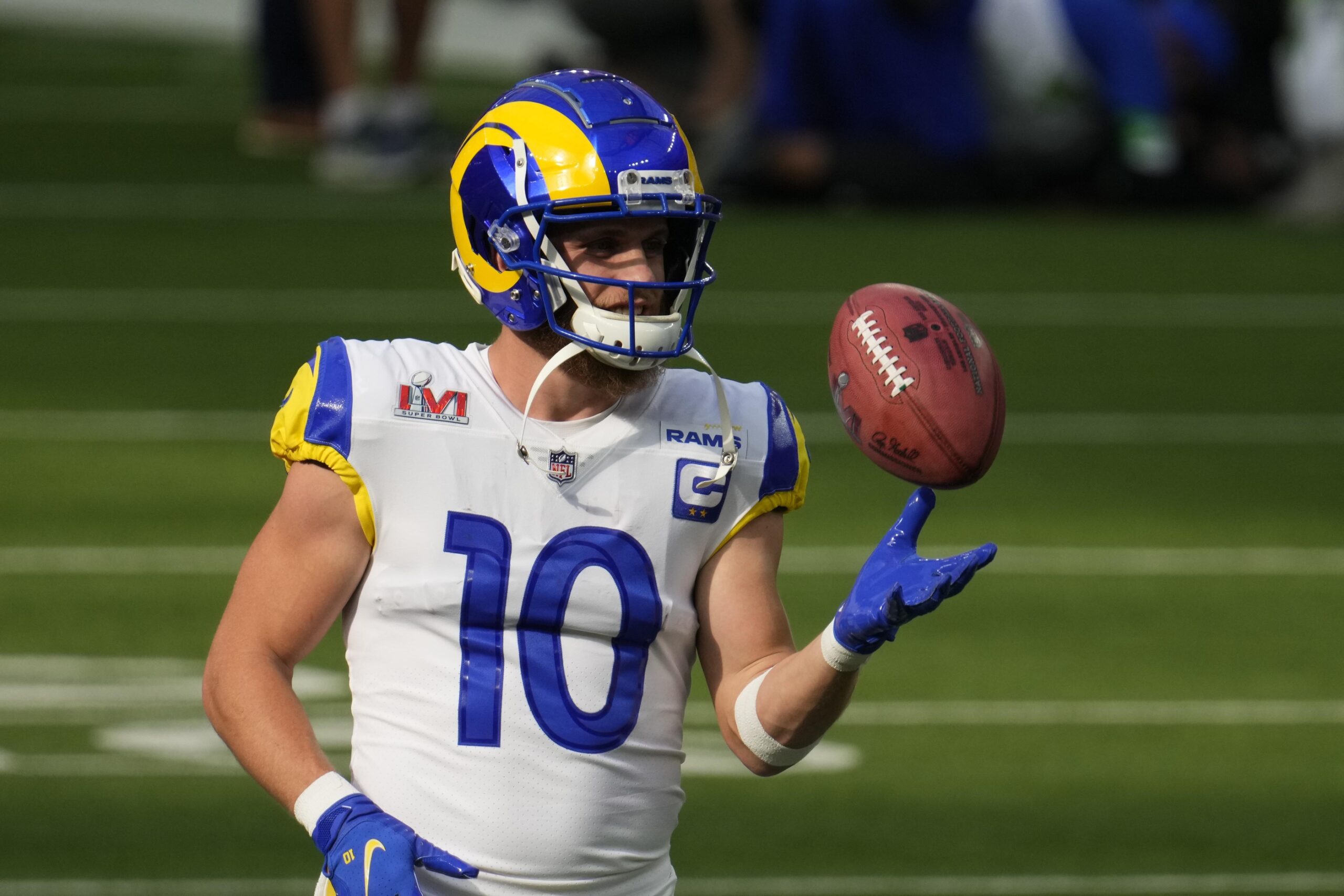 Since 2010, there have been four new additions to the top WR fantasy football seasons of all time. Which superstars at the position make the list twice, and which legend graces the list three times? Let’s take a look at the best fantasy WR performances of all time in a single season.

As you’d expect, over the past 25 years, 70% of this list is made up of performances from that time. However, one WR’s performances surpassed his playing era, and he remains on this list three times.

Not surprisingly, this list is made up entirely of performances from 16 or 17 game seasons. However, there have been some incredible performances by receivers to date. To incorporate these metrics, the best measure is points per game (PPG). But the main list being discussed is total points, so we’ll break it down here. At the bottom of the article, you can find the best fantasy WR seasons of all time in terms of PPG.

Rice has had an incredible impact on the NFL since being drafted in 1985. He scored double-digit touchdowns in nine of his first 11 seasons and topped 1,000 yards in 11 of his first 12 years. Two of his first five seasons were impressive enough to make this list.

In the 1989 season, Rice led the league in both receiving yards and touchdowns for the second time in his career. Rice finished the year with 17 touchdowns and 1,483 receiving yards on 82 receptions. He started the season with five 100-yard games in the first seven weeks. He also scored eight touchdowns in that span.

Isaac Bruce had a long and distinguished NFL career, but it was never better from a fantasy perspective than his sophomore season in 1995. At the time, his campaign of 1,781 yards and 13 touchdowns ranked third on the all-time WR single-season performance list. The quality of the season is highlighted by the fact that it took eight years for another outing to move him from that spot.

Antonio Brown and the NFL have had a mixed relationship, but for fantasy managers, he has been a huge contributor for several seasons. From 2013 to 2018, Brown posted six consecutive 1,000-yard seasons and four seasons in double figures.

The best of them was in 2014. Brown led the league in both receptions (129) and receiving yards (1,698). However, he added 13 receiving points to finish just above Bruce on this list by 0.1 fantasy point.

Rice’s second appearance on our list came in just his second season in the NFL. After posting 927 yards and three touchdowns as a rookie, he took it to the next level in 1986. Rice had 86 receptions for 1,570 yards and 15 touchdowns, both of which were league leaders. He would also add 72 yards rushing and a touchdown. That incredible sophomore season included four receptions for 100 yards and eight scores in the first six weeks.

This is the first of two 2021 appearances on the list of the best WR fantasy football seasons of all time. Dib Samuel’s appearance here is intriguing because it’s not achieved in the same way as the others on this list. The blueprint for this roster is over 1,000 receiving yards and double-digit receiving touchdowns.

This list wouldn’t feel right if Calvin Johnson wasn’t on it somewhere. Perhaps the biggest surprise is that he made the list just once in an extraordinary career. In nine years in the NFL, Johnson had seven 1,000-yard seasons and four double-digit seasons.

However, the only year he managed to put it all together to make this list was 2011. That season, Johnson led the league with 1,681 receiving yards on 96 receptions at 105.1 yards per game. He added 16 touchdowns, making him fifth on that list. To highlight the importance of those touchdowns, we can compare Johnson’s 2012 campaign. Despite having 1,964 receiving yards, his five touchdowns left him off the charts that season.

Now we get down to the Randy Moss section of our list of the best fantasy WR performances in a single season. Moss’ five-year career from 2003 to 2007 was an intriguing one. He played for three different teams and struggled to his high standards in two of them. In both directions, he produced two seasons that make this list.

The first came in 2003 with the Vikings. Moss’ career began with six consecutive 1,000-yard receiving seasons and five double-digit touchdown campaigns. However, he peaked in 2003 with 1,632 receiving yards and 17 touchdowns, both of which were either career highs or tied at the time.

In 2007, Moss would come to New England and, along with Tom Brady, put on one of the most compelling performances of all time. While he fell short of his career receiving yards record of 1,493, Moss would throw 23 touchdown passes. He was one touchdown short of tying Jerry Rice for the top spot on that list at the time.

Rice last appeared on our list in 1995. Rice set a career high in receiving yards with 1,848 while adding 15 touchdowns on 122 receptions. He even added 36 rushing yards and a touchdown to those numbers. Rice’s finish to the 1995 season was nothing short of remarkable. Over the past three weeks, he has 32 receptions on 42 targets for 563 yards and three touchdowns.

A Week 16 performance of 289 yards and three touchdowns on 14 receptions will likely stick in the minds of fantasy managers for a long time. This walk has won many people the fantasy championship. He is also fifth in number single-game fantasy WR performance. The 1995 season saw Rice lead the list for 26 seasons.

Cooper Kupp is the WR who finally unseated Rice from the top of fantasy football’s best single-season performances. However, it took Kupp all 17 games of the newly extended season to do so. Kupp’s Week 18 performance of 136 yards and a touchdown gave him the 19.6 fantasy points needed to jump from third on the list to the top.

Kupp finished the season with the triple crown of receiving statistics. His 145 receptions, 1,947 receiving yards and 16 receiving touchdowns led the league. Kupp averaged 114.5 yards per game and caught an impressive 75.9% of his 191 targets.

*minimum 10 games played – This includes Wes Chandler’s numbers in the strike-shortened 1982 season, as he played in eight of the nine games the Chargers played that season.

The inflation news is bad, but there is a glimmer of...

A typical mortgage payment has soared by $337 in just six...

British businessman Graham Bonham-Carter was accused in the USA of helping...