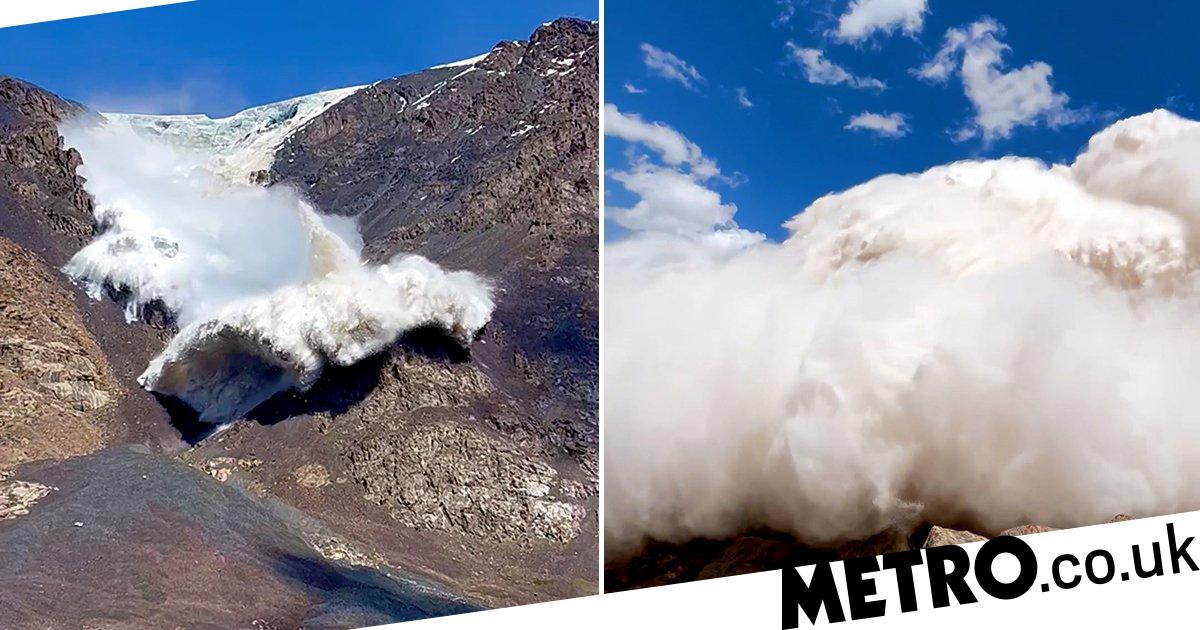 This is the dramatic moment British hikers survived a huge avalanche in Kyrgyzstan.

The footage shows snow falling from the Tien Shan mountains, forcing the group to take cover.

Incredibly, most of the people escaped unscathed – one man cut his knee and went to the nearest hospital, while another fell from his horse and suffered bruises.

Harry Shim, who uploaded the video to Instagram, said “if we had gone five minutes further on our hike, we would all be dead.”

He said he broke away from his tour group of nine Britons and one American to take pictures after they reached the highest point of the hike.

But soon he heard the ice cracking behind him and continued to shoot until the last moment before ducking under the nearest shelter.

Admitting he “took a big risk,” he explained, “I felt in control, but even so, when it started snowing and it got dark / It got harder to breathe, I walled it off and thought I might die “.

Harry continued, “Beyond the rock it was like being in a blizzard. When it was over, I was hit hard by an adrenaline rush. I was only covered with a light layer of snow, no scratches. I’m dizzy.”

When he found his tour group, they were “laughing and crying, happy to be alive” after the horrific experience.

“It was only later that we realized how lucky we were,” he added.

The Tien Shan Mountains are mostly divided between southeastern Kyrgyzstan and its northeastern border with China.

They were part of the Silk Road, an ancient trade route that linked the West with the Middle East and Asia.

Moment British tourists are engulfed by avalanche half way up mountain

The rotation of the Cleveland Guardians in the house against the...

I want an ethical account… but will it make me worse...