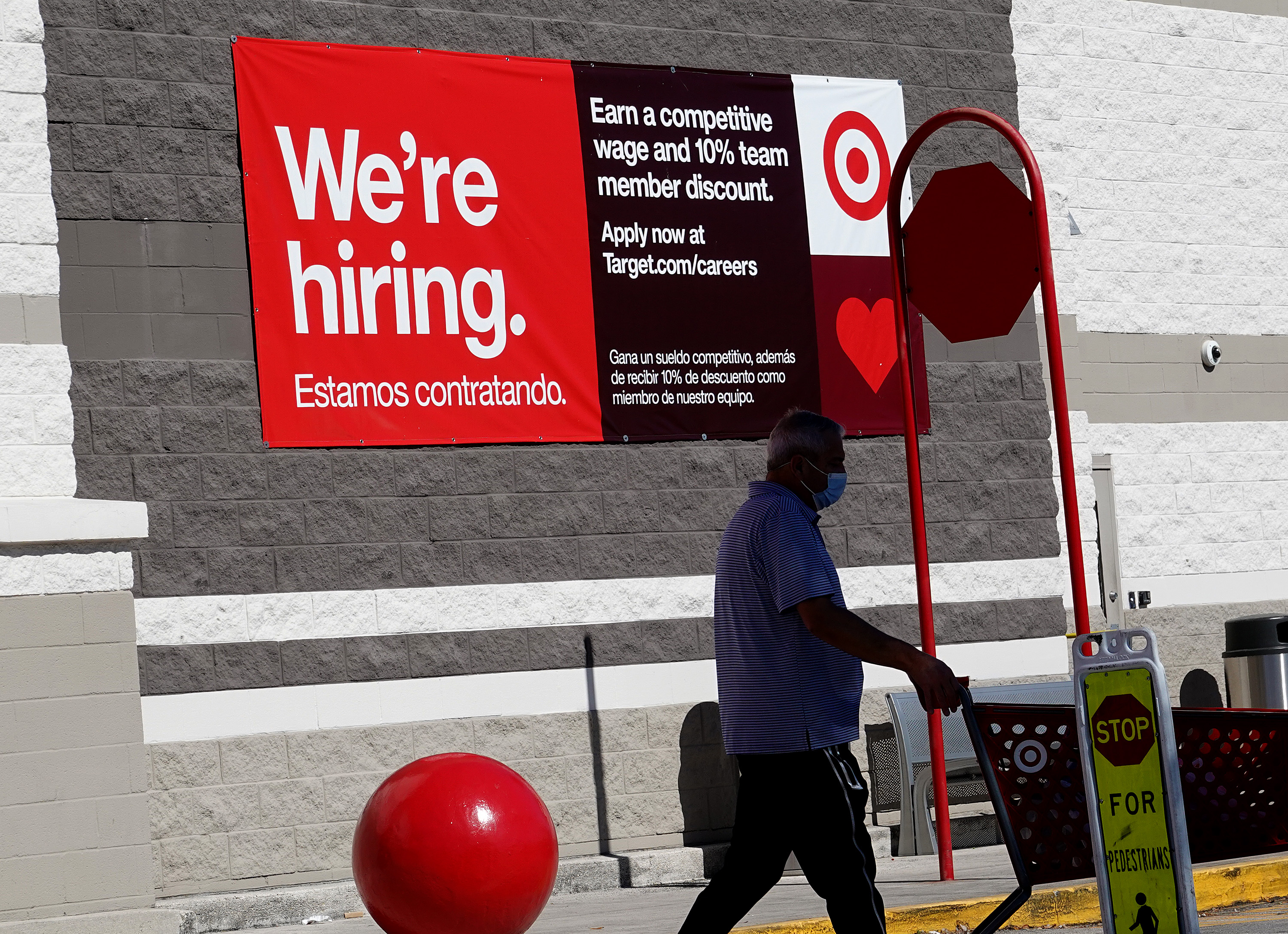 Strong job growth has been one of the few bright spots for Biden on a darkening economic horizon, and administration officials have repeatedly touted the numbers as proof of the economy’s strength. Still, slowing the labor market is essential to curbing consumer prices, which are rising at a faster pace than most Americans have seen in their lifetimes.

“They’re stuck because they need inflation to come down, and inflation probably won’t come down until the labor market weakens significantly,” said Andy Laperriere, head of U.S. policy at Piper Sandler. “So whether that number looks good, bad, or somewhere in between, it has to get worse for the Fed to feel like progress is being made against inflation and to stop tightening.”

High inflation poses a risk to any economic outcome. A sharp slowdown in hiring is likely to mean slower price growth, but fuel worries about an economic downturn, while continued high demand for workers will prompt the Fed to raise rates even higher to curb inflation. That would increase the risk of a recession that could be politically devastating for Biden and the Democrats.

Atlanta Fed President Raphael Bostick said in an appearance on CNBC that the latest data points to continued momentum in the labor market, arguing that this means the Fed could move forward with another super-sized rate hike later this month and “doesn’t see much lasting damage economy”.

The unemployment rate remained at 3.6 percent, close to a modern low. Few people are losing their jobs, although the percentage of those participating in the labor force has fallen to 62.2 percent, still stubbornly below the pre-pandemic level of 63.4 percent.

White House officials have said for months that employment growth will soon slow from the brisk pace seen earlier this year, when job gains averaged about 600,000 a month.

“This has been the fastest and strongest job recovery in American history,” Biden said in a statement on Friday. “Of course, with record job additions and a historically low unemployment rate, additional job growth from this strong position will be slower. This is not a bad thing, because our economy should move towards stable growth for the coming years.”

A senior White House official said next year’s job growth is likely to shift to something closer to 2019, when monthly gains averaged about 160,000 and the unemployment rate was similarly low.

“As we move to a more sustainable rate of job growth, we will likely see fewer record job creation numbers, but that will not be a cause for concern,” the official said during a call with reporters on Thursday. “This will be a sign that we are successfully transitioning to the next phase of the recovery.”

Other recent economic data points to a flattening of the labor market, including slowing growth in average hourly earnings and declining job openings.

“There is an unstable level of outflow in the labor market. This puts a lot of pressure on the business. They’ve had to spend a lot more time hiring and training than they can afford.”

The senior official also said the administration remains optimistic that the Fed can stem inflation without tipping the economy into recession, pointing to continued strengthening of household balance sheets as well as the labor market, which should support economic activity.

For its part, the Fed is focused on slowing the economy quickly before households and businesses begin to expect inflation to continue indefinitely, a key psychological part of rising prices that will make them harder to contain.

“The sooner they do that, the less unemployment will rise,” said Joseph Gagnon, a senior fellow at the Peterson Institute for International Economics and a former central bank official.

He said the Fed doesn’t seem to believe it’s a foregone conclusion that it will have to use massive job losses and wage cuts as a cudgel to bring down inflation, even though Fed officials are predicting unemployment will rise to at least 4 percent next year. percent. a couple of years. The key is the extent to which price spikes begin to moderate on their own, as supply chains collapse and food and energy prices stop rising sharply.

Even without Fed action, the private sector has recovered jobs lost during the pandemic, so a slowdown can be expected, said Julia Pollack, chief economist at ZipRecruiter.

“There is an unsustainable level of attrition in the labor market,” Pollack said. “It puts a lot of pressure on business. They’ve had to spend a lot more time hiring and training than they can afford.”

A return to monthly job growth of 200,000 would still be a big number, she said, adding that while some industries may begin to cut hiring — such as the mortgage sector — others, such as hospitality and leisure, will continue to add jobs. places

Biden is scheduled to undergo testing on the sixth day of...

Huge plumes of smoke billow from pub in Trafalgar Square as...

Irish football fans have been criticized for singing Queen Elizabeth