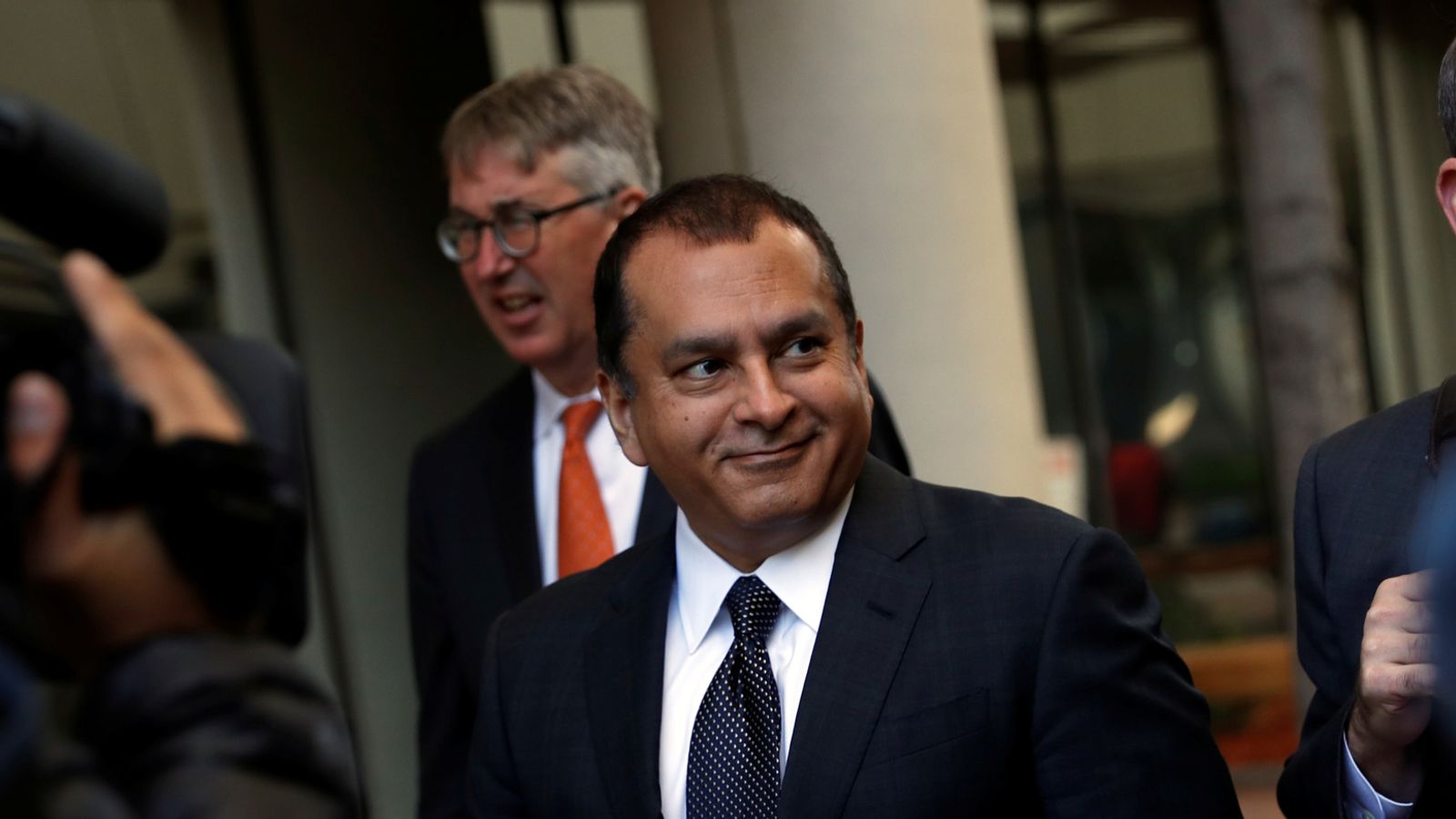 Ramesh “Sunny” Balwani, the former president of Theranos, the US company that claimed to have revolutionized blood tests, has been found guilty of fraud.

Balwani was convicted of misleading investors in what has been described as one of the largest frauds in Silicon Valley history.

After deliberating for five days, a jury in Balwani’s trial in San Jose, California, found him guilty of all 12 counts against him.

His former business and romantic partner is Elizabeth Holmes, 37 convicted of fraud in a separate lawsuit earlier this year.

The trials were held separately because Holmes claimed she was abused by Balwani, who caused her to mislead investors. Balwani, 57, denied the claims.

Theranos, founded in 2003 by 19-year-old Holmes, was a Silicon Valley darling and shut down after claims of a revolutionary finger-prick blood test were revealed.

The US government accused them of organizing a “sophisticated, multi-year fraud”.

At the height of its success, the company was valued at $9bn (£7bn) and Holmes shared the stage with former president Bill Clinton and Chinese entrepreneur Jack Ma in a debate on equality and opportunity.

But a month later, the Wall Street Journal published a front-page story claiming that the company’s blood-testing technology was so flawed that Theranos was using equipment made by other companies to run tests in its labs.

Investigations by medical and financial regulators soon followed, and in 2018 criminal charges were brought against Holmes and Balwani, accusing them of fraud.

She faced a total of 11 charges and was found not guilty on four felonies, while the jury deadlocked on the other three.

During the trial, federal prosecutors presented evidence showing Holmes as a charlatan obsessed with fame and fortune.

But she argued she was emotionally and sexually abused by Balwani and asserted herself in court as a visionary in the male-dominated Silicon Valley.

Holmes also told the court that she initially believed her company’s revolutionary blood tests were not the bogus technology they eventually turned out to be.

The collapse of the company was dramatized in the famous show The Dropout, starring Amanda Seyfried and Naveen Andrews.

Holmes and Balwani will be sentenced in the fall. They face up to 20 years in prison and the potential need to pay millions in restitution to the victims of their fraud.

How to truly measure your car’s MPG in seven steps

Strictly’s professional dancers show off their moves in glamorous outfits in...

This Trump supporter is so close to getting it (and yet)...