Newsheadlinesuk.com
Home United Kingdom The son of late drummer Taylor Hawkins is honoring him with a... 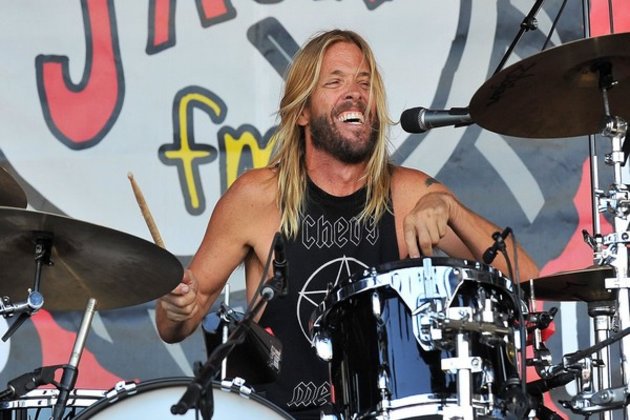 According to E! News , the 16-year-old joined local band The Alive to perform the legendary group’s 1997 hit “My Hero” at a Laguna Beach 4th of July block party.

Shane was seen on social media banging the drums on the roof of the garage while concertgoers looked on from below.

The teenager’s powerful performance came less than four months after his father died while on tour in Bogota, Colombia, aged 50.

“When Taylor Hawkins’ son takes the drums and dedicates the song ‘My Hero’ to his father. Hawk would be proud,” reads the video’s caption, according to E! News.

In their own Instagram post, The Alive shared a video of the mosh pit that erupted outside under the makeshift stage and thanked “@shane_hawkins_22 for sitting with them during the performance.

The band, who are close friends with Shane, opened for Taylor’s cover band Chevy Metal and the Foo Fighters at Lollapalooza Chile just a week before the drummer’s death. Shane played with his father and his bandmates, including Foo Fighters frontman Dave Grohl, throughout his life. His latest performance comes a month after Foo Fighters announced two Taylor tribute concerts to be held in London on September 3 and Los Angeles on September 27.

Taylor died on March 25 while on the Foo Fighters’ South American tour. The cause of his death is not disclosed, but drugs were found in the musician’s body, and his heart weighed twice its normal weight.

According to E! News, he is survived by his wife, Alison, and their three children: Shane, Annabelle and Everly. (ANI)

A record year for legacy data –

Selling old appliances and fixtures from your home for disposal can...