Newsheadlinesuk.com
Home United Kingdom The Queen offers condolences to the Emperor of Japan following the death... 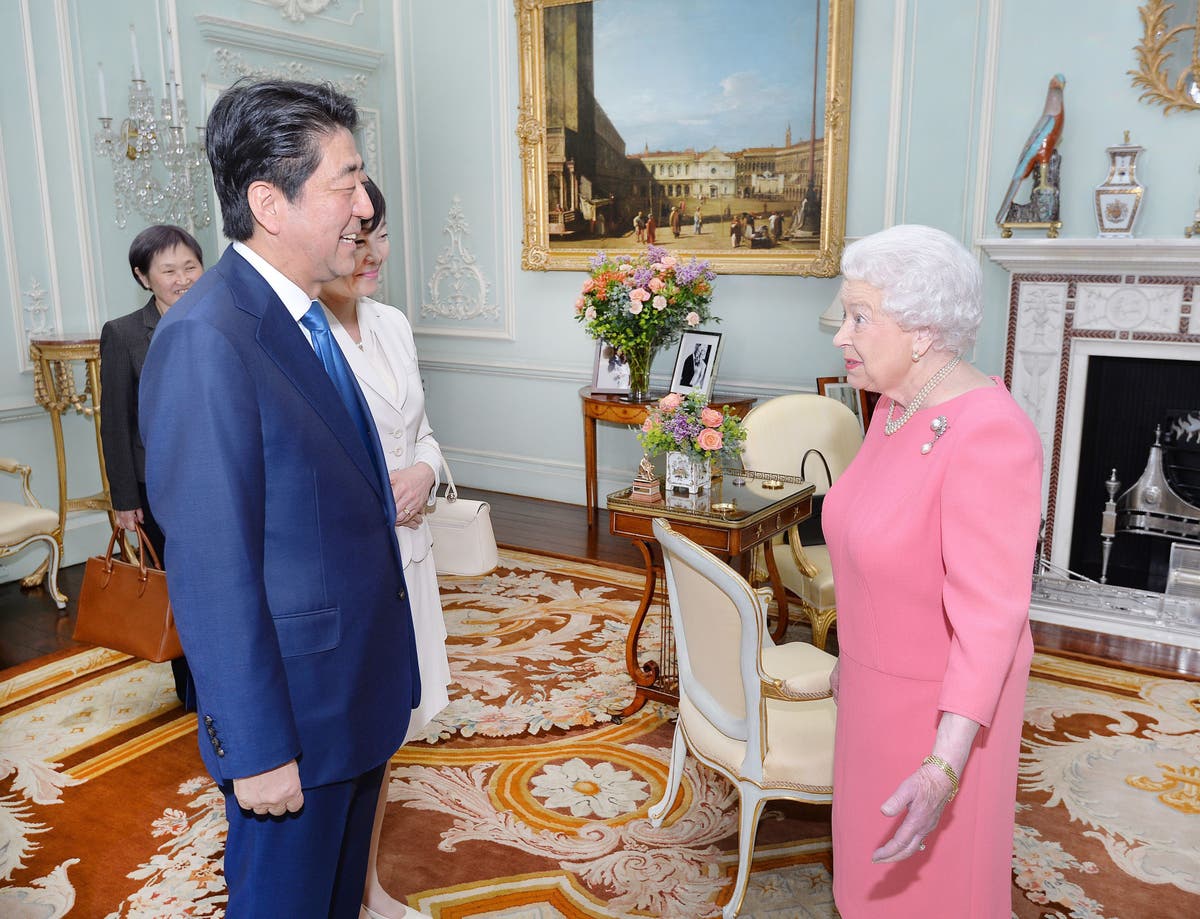 In a short statement, the head of state noted that she had “warm memories” of the meeting with the politician six years ago, and paid tribute to his desire “to establish closer ties with United Kingdom”.

Abe, 67, was shot in the back during a campaign speech in western Japan on Friday and later died in hospital.

The Queen said in a statement to Emperor Naruhito of Japan: “My family and I were deeply saddened by the news of the sudden and tragic death of former Prime Minister Shinzo Abe.

“I have fond memories of meeting Mr. Abe and his wife during their visit to the United Kingdom in 2016. His love for Japan and his desire to forge even closer ties with Great Britain were evident.

“I want to express my deepest condolences to his family and the people of Japan at this difficult time.”

Mr Abe and the Queen met in 2016 during his second stint as Japan’s prime minister when he visited the UK.

In the photo, they met in the Queen’s private apartments in Buckingham Palace together with the wife of Japanese leader Akie Abe.

House of the Dragon: King Viserys Targaryen prepares to marry off...

Are you among the half of people over 40 without a...

Chris Rock says he turned down offer to host next year’s...