Newsheadlinesuk.com
Home United Kingdom The Minister of Education explained why she waved away from the crowd 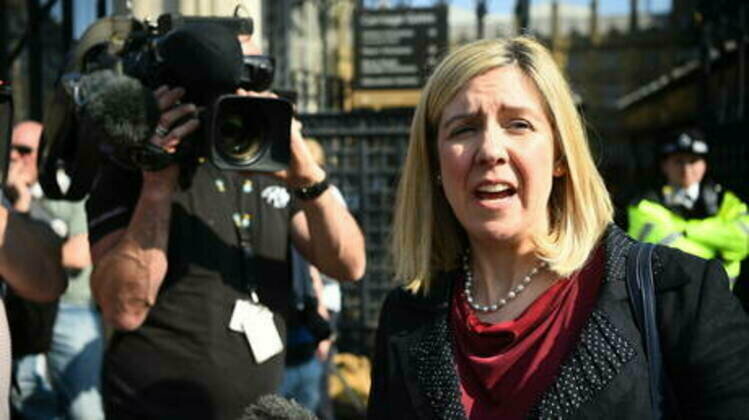 Newly appointed UK Education Secretary explained on Saturday why she gave the middle finger to the crowd outside Downing Street, saying she should “stand up for yourself”.

Andrea Jenkins, a Tory MP, made a rude gesture on Thursday as a crowd booed her as she entered Downing Street to watch British Prime Minister Boris Johnson deliver his resignation speech.

Responding to the negative reaction to the incident, the minister said she had faced it “a lot of abuse from some people who have been there for years” adding that she had also received death threats. “I’ve reached the end of my strength” – she explained.

However, Jenkins admitted that she was “should have been more calm” adding that she “only man”.

However, her latest apology was seen as inadequate by some in the education sector. “In my 32 years as a teacher, 15 of them as a principal, I have inevitably encountered moments of bad and inappropriate behavior – from young people and staff alike.” Geoff Barton, General Secretary of the Association of School and College Leaders, said on Saturday, adding that “I’m Only Human” was never a strong enough excuse.

Jenkins’ comments came after Mark Spencer, the leader of the House of Commons, criticized her gesture as unacceptable. “I understand that emotions were pretty high that day and it was pretty raw,” he said earlier to the BBC, referring to Boris Johnson’s resignation day. “But I don’t think it was the right thing to do.”

Andrea Jenkins was appointed as Parliamentary Under-Secretary of State for Education on July 8, when Boris Johnson had to reshuffle the government following a wave of cabinet resignations. Britain’s prime minister announced on Thursday that he too will step down but will remain party leader until a successor is chosen, with a number of British political heavyweights vying to take his place.

Emily Ratajkowski shows off her toned abs and booty in a...

A big new Home Bargains store is to open in Lurgan,...