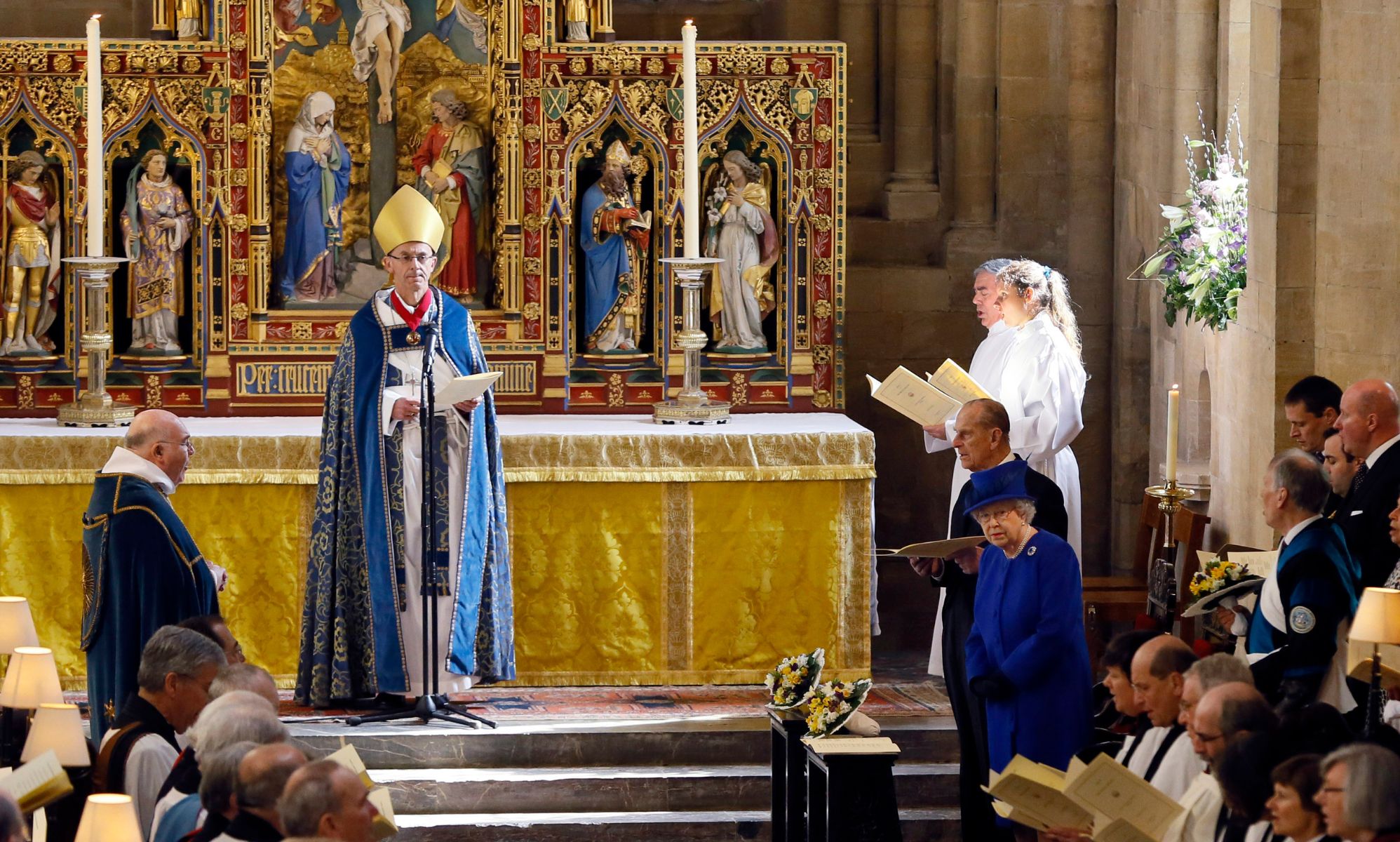 The Bishop of Worcester, Dr John Inge, has called on the Church of England to change its anti-LGBTQ+ policy on same-sex marriage, which he says cannot be “inherently sinful”.

In an open letter to his diocese, published on Monday (January 9), Dr Inge said “it is time for the Church of England to celebrate and honor monogamous, faithful same-sex relationships”.

Jane Ozandirector of St Ozanne Foundation – which works with religious organizations to eradicate discrimination based on sexuality or gender, says PinkNews she applauds the bishop for “speaking out clearly” in support of same-sex unions.

However, its website says: “Your local church is still there for you.”

Dr. Inge writes that he has observed “good, faithful, monogamous relationships between people of the same sex that I cannot believe are inherently sinful.

“I was forced to ask myself, in what way is the teaching of the Church good news for gays, created in the image of God? I feel obliged to say, rather late, that it is not.

“I apologize to all those who have been hurt by my silence in the past. My restraint was due to my commitment to the unity of the Church.”

In the letter, Dr. Inge acknowledges his duty to uphold church doctrine even while fighting for change.

He wrote: “I would not marry a same-sex couple in a church, nor would I take part in the ordination of a woman as a bishop before the Church of England has allowed it.

“I want to live my life in accordance with the Holy Scriptures and I believe that this is possible by following the understanding that I have come to about same-sex relationships.”

Setting out his argument in detail, Dr Inge concludes: “It would be a missionary error of grave proportions not to change our teaching”, but says those who hold a different view should have “a place of honor in the Church of England”.

Ozanna, who tells PinkNews she is “grateful for his sincere apology,” sharing that she still has “serious concerns” despite the open letter.

“Why aren’t we calling out the serious harm and abuse that traditional schooling causes, and why aren’t we prioritizing the protection of LGBT+ youth who are exposed to it,” she said.

“Bishop John may want to make sure there is a place for those who hold such views, for my part I see this as continuing evidence that the Church of England refuses to recognize the lives it is putting at risk.”

The letter is worth a statement by Dr. Inge and Bishop DudleyReverend Martin Gorick, released last year in response to the Bishop of Oxford, Dr. Stephen Croft Together in love and faith: personal reflections and the next steps of the Church.

The 50-page pro-same-sex marriage booklet apologizes for the Church’s slowness to “adopt better decisions and practices.”

It also said his own views “have been slow to change and that my actions and inactions have caused real hurt, dissension and pain.”

A YouGov surveycommissioned by the Ozanne Foundation, revealed last year that 55 percent of Anglicans in England believe same-sex marriage is a right.

This was a sharp increase on previous years – when the same question was asked in 2013, only 38 per cent of Anglicans said the same.

The proportion of English Anglicans who think same-sex marriage is “wrong” has also fallen, from 47 per cent in 2013 to 29 per cent last year.

PinkNews has contacted the C of E and Dr John Inge for further comment.

Church of England bishop comes out swinging for same-sex marriage: ‘Time has come’

War in Ukraine: the terrible story of a Ukrainian taxi driver...

The Ulster v Exeter pre-season friendly will be shown live on...