Newsheadlinesuk.com
Home United Kingdom Southampton News: Family out of £20,000 after ordered to tear down wall... 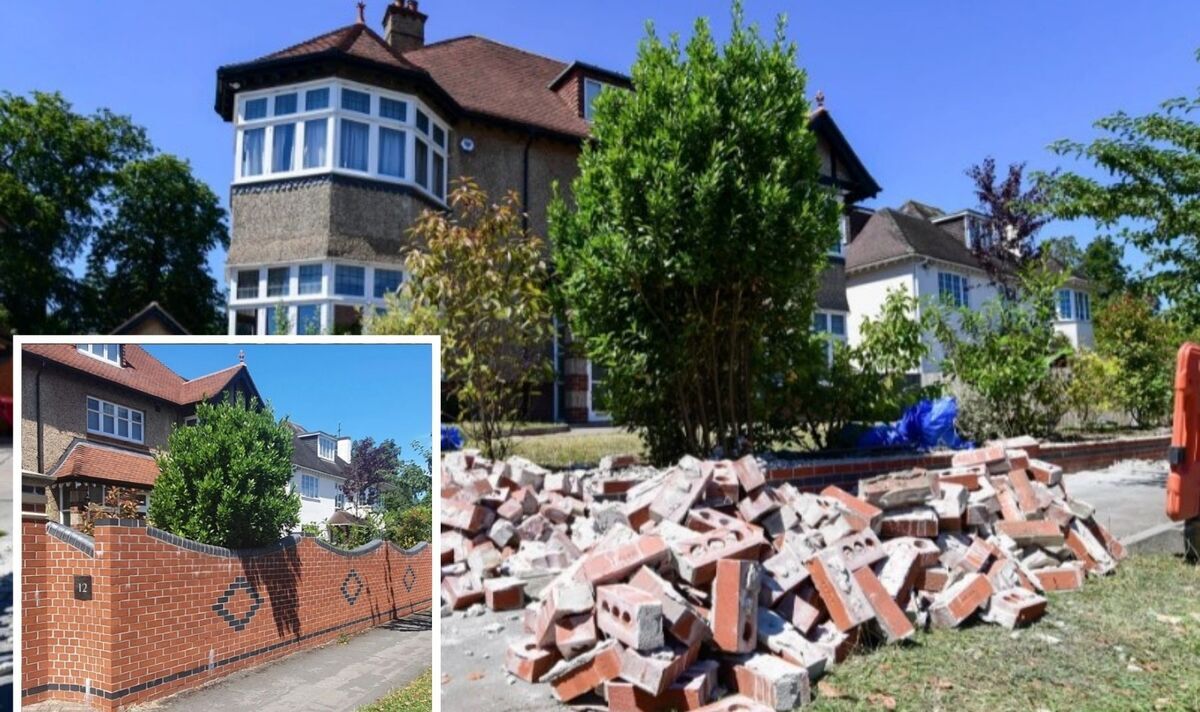 Mohammed Salim Ahmed, 52, was told he had to take down a retaining wall outside his home in Southampton, Hampshire. The £1.2m wall was built outside his home after the previous one started to crumble. Mohammed, who owns a number of restaurants, was also ordered to pay £1,500 after he breached a council order to demolish the wall last November.

His nephew, who lives in the 10-bed house, said the wall was identical to the previous one.

Bilal Ahmed, 28, told The Sun: “My family has lived here for 35 years. My grandparents bought a house and I was born and raised here.

“For as long as I can remember, there has always been a wall in this house. If you look on Google Maps as far as you can, the wall is there.

“There was a cherry, and the roots grew into the wall. The tree fell many times on the road, which we had to repair.

“In early 2018, the tree was diagnosed by a surgeon as sick and dying and a threat to the public, so it was immediately removed. After the tree was removed, it became apparent that the wall was leaning and becoming a safety hazard. Imagine if a child had run past the wall during Storm Eunice, that child would have died.”

Bilal said the family asked masons to repair and rebuild the wall, but in the process they realized they would have to completely rebuild the wall to make sure it was safe.

The wall was rebuilt in the same location to the same height and design using bricks of the closest color.

The planning officer then told the family they would need to apply for retrospective planning permission, which was refused.

He explained: “We were told by the planning consultant that none of the changes we made were significant and we did everything we could to make sure it was in keeping with the original house and the existing side wall. We even transplanted the same foliage behind the wall, which is maturing well. And we said we’d treat the wall with cow dung to make it look older.”

In the end, the council told them that the new wall should be no more than one meter high, despite the previous one being “double”.

Bilal was shocked when he was told that the wall had to be removed and some neighbors asked why it was being demolished.

But he said not all neighbors get it, adding: “They’d rather see your property destroyed than see you rebuild it. We have spent at least £20,000 rebuilding that wall and now tearing it down, plus legal costs and fines.’

Bilal says that tearing down the wall did nothing and “we don’t have the money because we felt we had to do something because the wall is dangerous.”

He added: “We’ve now had three break-ins since the wall went and the gate went. We’ve never had a break-in in 35 years. There are members of my family who feel threatened in their own home, especially because the wall is down. It’s a threat to our security. I think it’s ridiculous, it’s disgusting.”

Now the family is left “without security” and the wall has “given individuality to the property”, Bilal added.

Next door neighbors Jane and Norman McLean said they were unhappy about the wall being demolished and wrote to the council.

Mrs McLean, an 82-year-old retired GP, said: “My husband and I thought it was an attractive wall and we don’t agree with what’s going on.”

But another neighbour, who wished to remain anonymous, said: “We’re glad it’s coming down. It didn’t match the rest of the street. The brick was like everything else in the house. It was much taller than the other walls here. They were not so high before. I would say they are much higher.’

Magistrate asks for ‘secrecy’ as she rejects Nick Kyrgios’ plea for...

Exchange old stamps so you don’t run out of money