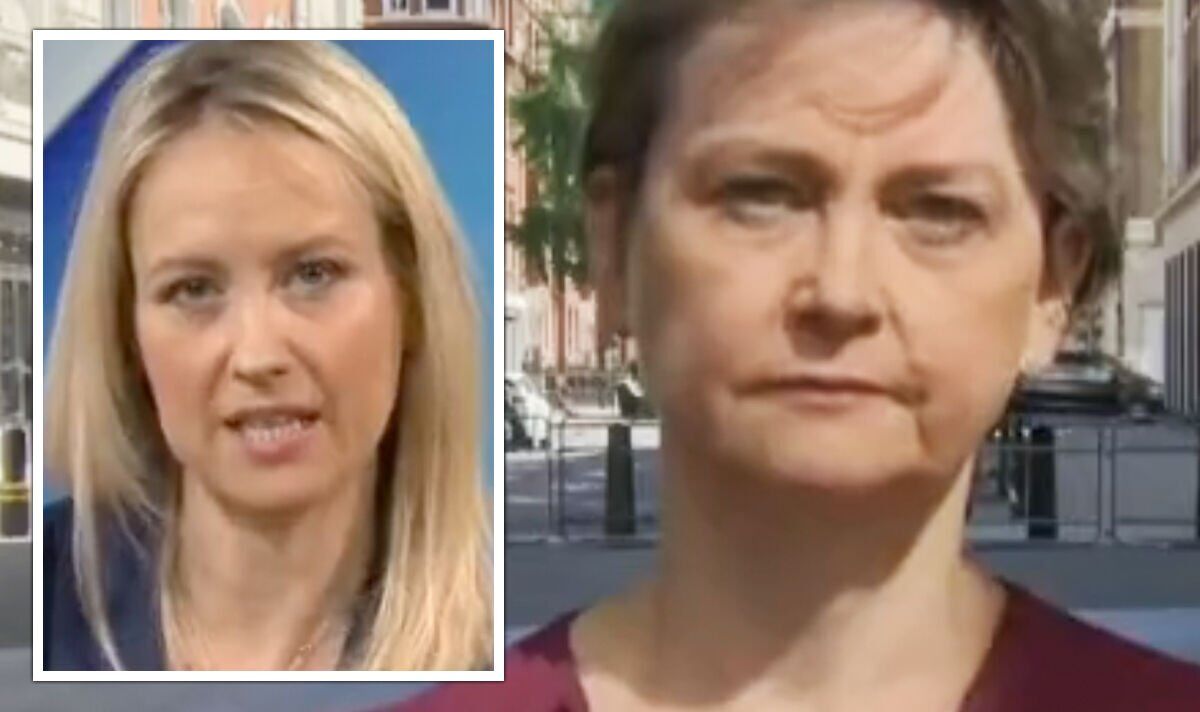 The comments were made on Sky News presenter Ridge Live with Yvette Cooper, the shadow home secretary, this morning. Ridge began by asking which Labor candidates were most “scared” of running in the general election, with Cooper replying that there was a “chaotic podium”.

Cooper added that Labor felt neither candidate was “suitable” to lead the country and suggested a new way forward for the United Kingdom.

She also stressed that Boris Johnson should resign “immediately” and that all candidates currently running for the position of next prime minister should “encourage” him to do so.

But Sophie Ridge mocked Cooper after she said “only Labor plans to grow the economy”.

Ridge hit back at Cooper, saying: “You say the Conservatives have 12 years of misery they’ve heaped on the UK and there’s a cost of living crisis and a jobs plan, but the only policy you’re talking about is a windfall tax, which is already in motion anyway…

“In fact, it’s just a drop in the bucket when you look at what’s really needed, it’s not the radical inspirational vision that the gimmick offers.”

But Cooper was quick to hit back, defending the importance of the policy, saying: “She set out the principle that the Labor Party would help families across the country with their energy bills, and the Conservatives were against it until we turned on them strong pressure were forced to make a U-turn.

“All of your candidates have opposed the windfall tax for the past several months when we’ve been debating it.

“At the end of the day, it’s about who you stand for.”

READ MORE: “Someone has to seize the moment to make the right decisions”

The chancellor called the new tax a 25% levy on energy profits.

An important feature of this additional tax is that any money companies may have lost in previous years, or money they spend on things like decommissioning oil platforms in the North Sea, cannot be used to reduce the amount of the tax , which they pay.

Matalan founder Hargreaves faces a new dispute with creditors over the...

A man has suffered life-threatening injuries after an attack in Eastborough,...

The vast majority of patients are turning away from key NHS...