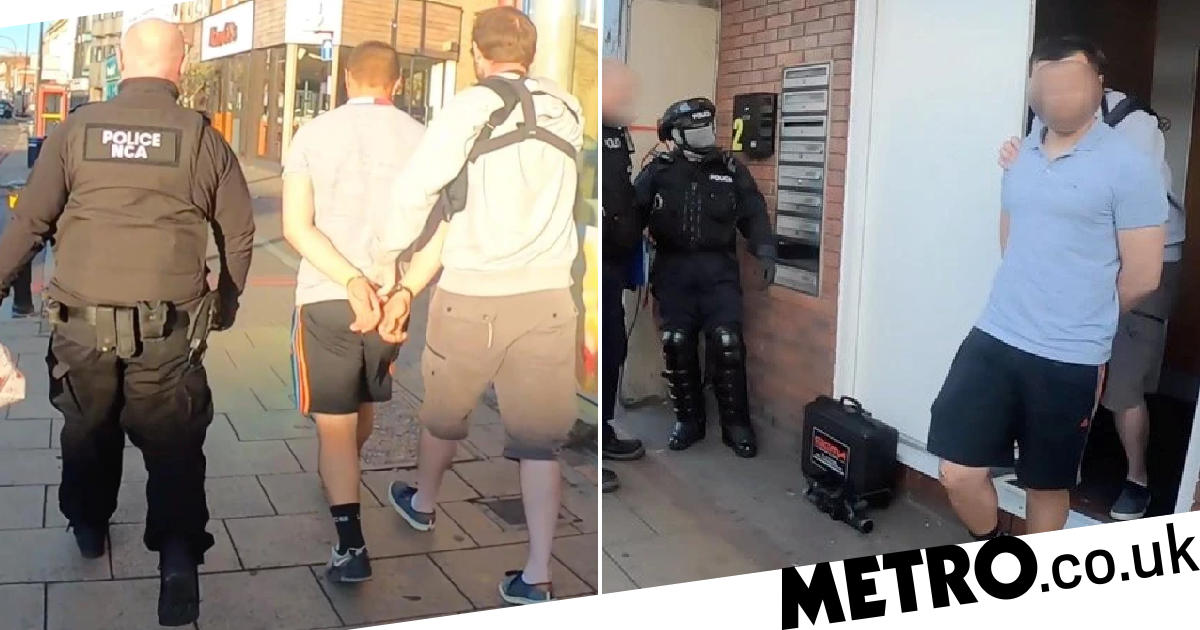 Human traffickers have set up a “sly” pan-European racket to ferry migrants across the English Channel in small boats to the UK, according to the head of the National Crime Agency.

Threat management director Chris Farimond was speaking after dozens of arrests, including six men and a woman. London – in what is considered the largest international operation in history against criminal gangs suspected of smuggling people.

Up to 10,000 people are believed to have been smuggled across the English Channel in the last 18 months as a result of the smuggling operation.

In May, the NCA arrested one of the group’s suspected ringleaders, 29-year-old Iranian Kurd Hev Rahimpour, who is said to have organized the logistics of moving the small boats from Turkey.

At least 135 boats, 45 outboard motors and more than 1,200 life jackets were also seized in Germany, France and the Netherlands, along with several thousand euros in cash.

Mr Farrimond said the crackdown on the supply chain in France over the past few years had made it much more difficult for traffickers to find their boats, engines and life jackets along the French coast.

So they turned to a different method that covers several countries.

“They bought them through Turkey and basically stored them in Germany and then sent them when they were needed for the crossing,” he told reporters.

Mr Farrimond said people-smugglers used “cheap, barely seaworthy vessels” that held up to 60 people and were powered by “an underpowered engine that cannot change the number of people on board”.

With more than 12,800 migrants crossing the UK this year, he said there was “a degree of supply and demand”.

He added that determined people actually sold their savings or took out large loans to pay the gang, who demanded up to £9,000 per trip and made £51.4m in 2021.

Mr Farrimond warned there was evidence of gang-related violence after a member of the network was shot and wounded in a French migrant camp last September.

He said French police stop 50% of crossings and if they reach 75%, “it will effectively break the model of human traffickers”.

Human smugglers arrested after ‘sending 10,000 migrants’ across the Channel

Water companies can be sued for wastewater illegally dumped into rivers

Aldi continues to take market share away from Tesco and other...