Newsheadlinesuk.com
Home World Shinzo Abe’s party is on course to increase its majority in the... 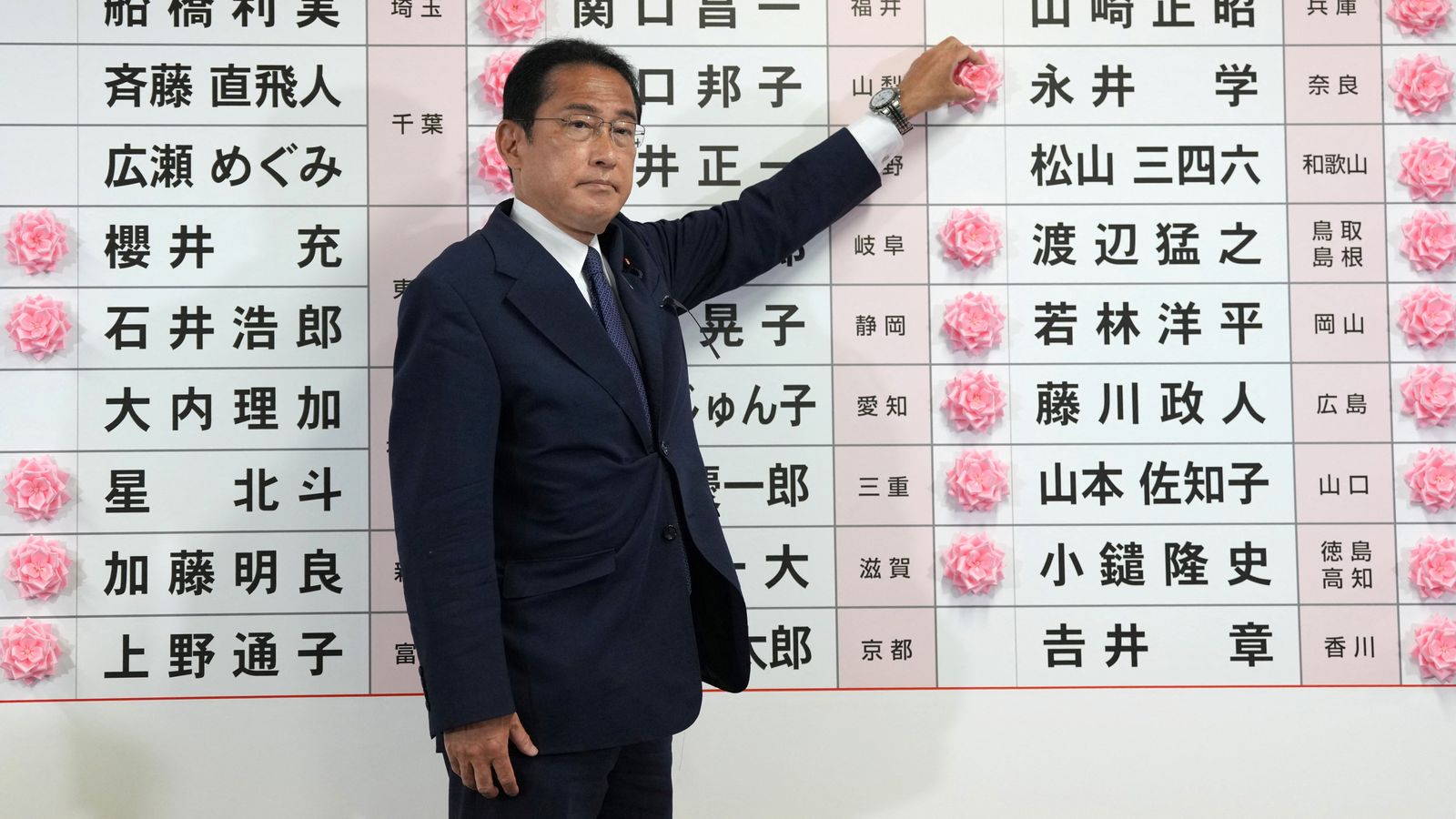 Japan’s ruling coalition appears to have increased its majority in the upper house, two days after the assassination of former Prime Minister Shinzo Abe.

Mr Abe’s Liberal Democratic Party (LDP) and its conservative partner Kameita are on course to win between 69 and 83 of the 125 seats up for grabs in this election, according to an exit poll by state broadcaster NHK.

Earlier there were 69 of them.

As you know, the House of Councilors has 248 deputies. Half of its members are up for election every three years.

After Sunday’s election, it looks like the coalition could have as many as 143 seats, giving it a working majority.

Current Prime Minister and LDP leader Fumio Kishida said it was “important that we were able to pull this together at a time when violence shook the foundations of the election.”

The final day of the campaign, Saturday, was held under heightened security.

Mr. Abe, 67, was shot twice in the back during a speech at a campaign rally in the western city of Nara.

He bled to death after two deep neck wounds that damaged an artery.

This is the first assassination of a sitting or former Japanese prime minister since the 1930s.

An officer of the regional police confessed there maybe they were security breaches which allowed Mr. Abe’s attacker to get so close with what appeared to be a homemade gun.

“We can’t deny that there were problems with the security plan given the way things ended,” Nara Prefectural Police Chief Tomaki Onizuka said.

“I feel a great responsibility.”

If the exit poll proves accurate, Mr. Kishida will be able to work on policy goals such as his “new capitalism” economic policy.

Mr. Abe’s body was returned to his home in Tokyo’s Shibuya district.

His funeral and burial are expected in the coming days.

George Clooney hopes Liz Truss ‘gets lucky’ – as he walks...