Newsheadlinesuk.com
Home World Shanghai: A man with a knife injured four people and was shot... 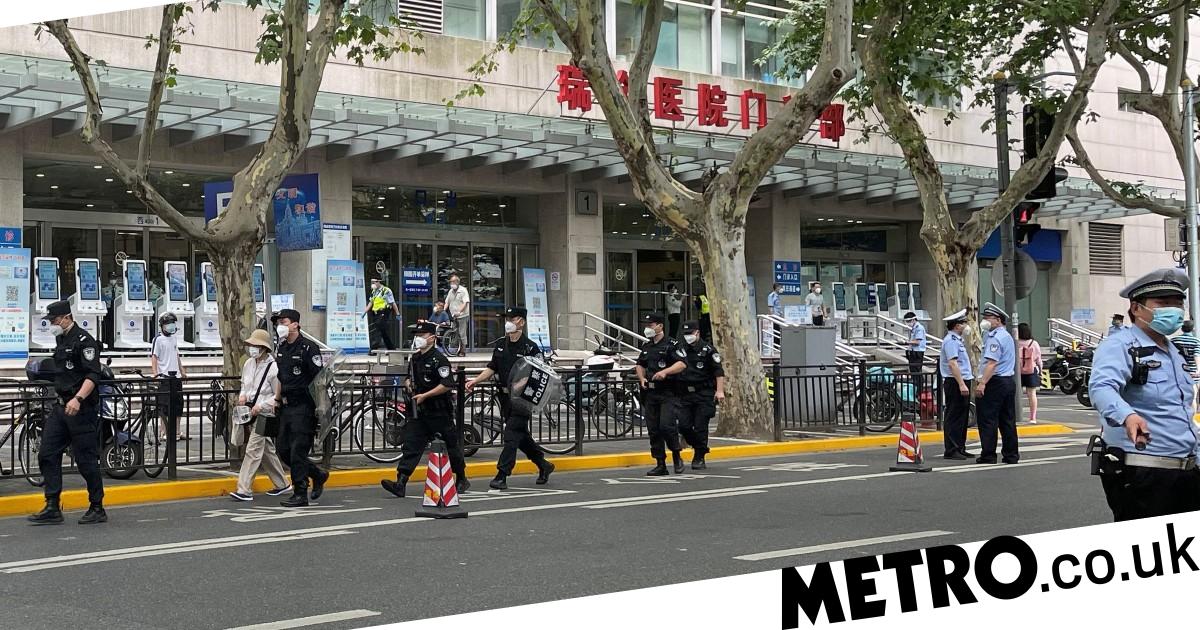 Police shot and killed a knife-wielding man who injured four people outside a hospital in Shanghai.

Officers were called to the attack in the city’s Huangpu district at 11.30am local time on Saturday.

Officers found a man holding a knife-wielding crowd hostage at a hospital. They opened fire when he threatened to harm them.

The statement said: “Police quickly arrived on the scene and found a man holding a group of people hostage at knifepoint on the seventh floor of the hospital.

“When the suspect intended to injure the hostages and punish the police, the police fired decisively to injure and subdue him.”

The four people who were stabbed have non-life-threatening injuries and are in hospital. The attacker’s motives remain unclear.

Chinese media showed a video of armed police trying to break into a locked hospital room.

Another video shared on social media shows more than a dozen citizens fleeing the hospital.

Mass crimes in China are a rare phenomenon.

Citizens are strictly prohibited from owning firearms, but knife attacks are known to occur periodically.

Last month in Ningbo, a 23-year-old man died after being brutally stabbed in the street.

There have been a series of knife attacks on kindergartens and schools across the country by people who reportedly wanted to wreak havoc and take revenge on the community.

17 Tweets That Perfectly Show What It’s Like To Be A...

BOO’S TURN! Holly and Phil WHISTLED as they lifted the...